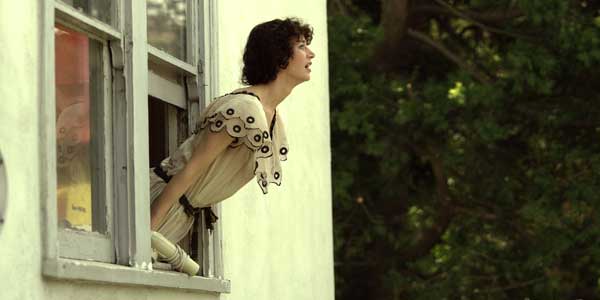 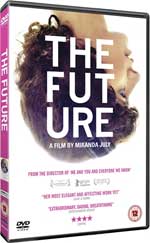 Personally I loved the voiceovers by cats, random time stoppages, conversations with the moon, crawling t-shirts, and children digging foxholes, which have completely ruined the film for some – it was everything I thought was potentially problematic. The basic plot sees a pair of hipsters in their mid-30s, Sophie & Jason (July and Hamish Linklater), deciding to adopt a cat – although they have to wait a month until Paw-Paw can be released from the animal hospital. This sets off a bit of an early midlife crisis for the pair. The cat is their first actual commitment, and it suddenly makes them think about The Future.

Having floated through life, they decide they have a month to change things and bring some sort of order and meaning to their existence. However the need for change highlights how little foundation there is to their relationship, which leads Sophie into a flirtation/affair with a middle-aged man living a quiet suburban life, while Jason makes friends with an elderly gent, which only seems to highlight how he doesn’t want things to change.

It’s a bit of a rabbit hole of a movie that seems to have been born out of the anger and frustration of not knowing what to do, where every option seems either too risky or depressing. It’s true both of the characters and the film itself, where every point it makes has a contradictory counterpoint, so that change is as bad as stagnation and taking risks is as terrifying as finding safety is stifling.

There’s a moment where Sophie screams out the window and describes it as a release, and that’s basically what The Future is. It’s a less a film with a particular message than a cry of frustration at not knowing the answers to life, and wishing it was all a bit easier. The characters don’t know, the film doesn’t know, and it’s definitely channelling a confusion felt by many in their 30s, where they know they’re supposed to be grown-ups, but don’t feel like they really are. On that score it’s very interesting, although it’s difficult not to want to go grab Sophie & Jason and scream at them, ‘For God’s sake, get a grip!’ They are astonishingly lacking in self-awareness and at times incredibly selfish, but while it makes them rather unlikable it doesn’t make them totally unrealistic.

I ended up loathing them and would have quite happily slapped the gormlessness off their faces, but what it has to say about them under the surface is worth sticking around for.

To be honest though, I preferred the quirky bits, which is completely contrary to what I’d expected. July is a performance artist and The Future stemmed from some of her pieces as well as the pain of a traumatic break-up. The things such as the talking cat seem better thought out and cleverer than the rest, although they will undoubtedly appear insufferably mannered and artsy fartsy for many. I however, was more charmed and absorbed than I expected to be.

Overall Verdict: A film destined to be loved by some and loathed by others. There’s a lot of thought gone into The Future and as long as you’re prepared to jump down its rabbit hole of not knowing the answers, it’s a fascinating, if sometimes frustrating, film.