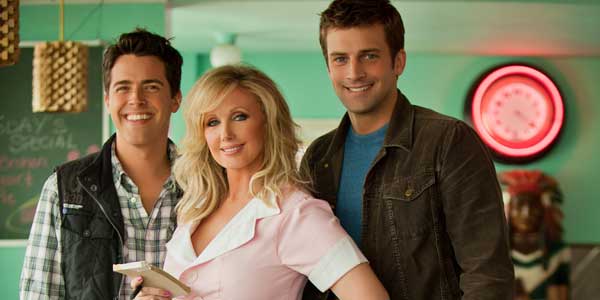 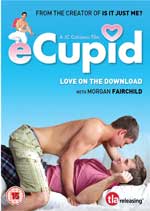 While surfing the web one night, Marshall finds a site called eCupid, but little does he know that agreeing to its terms and conditions will result in it completely taking over his life. Before he knows it, his boyfriend has moved out and eCupid is providing a succession of guys who are perhaps a bit more than Marshall can handle. Soon he begins to realise that the grass on the other side may be filled with hot guys and endless parties, but he may have been completely ignoring the joys of what he had already.

Bright, breezy and more than a tad silly, eCupid is the kind of film that makes for a decent hour and a half, even if it’s so lightweight it might fly away at any moment. Essentially it’s a fable, but the platitudes it wants to extol are obvious from a couple minutes in and then it’s just a case of watching each mildly amusing turn of events until we get to the inevitable resolution. The film has a lot to thank Houston Rhines as Marshall for, as it would undoubtedly have been a lot worse without his charming and rather cute presence as its centre. He pretty much carries what could otherwise have been an interminably trite movie.

While the rise of commercial gay movies, most of which go straight-to-DVD, is a good thing, there’s undoubtedly a tendency to put ticking the boxes ahead of a well-constructed plot and dialogue. Sometimes it’s almost as it someone specified the amount of shirtless guys and/or nudity – as well as how generally mild the overall tone is – and then wrote something around that. While eCupid is better than some, there’s still a feel that ensuring commercial appeal was more important than making it good. Admittedly you can’t blame someone for making a movie that’s designed to have as wide an appeal as possible, but there has to be a happy medium.

It might sound like I’m saying eCupid is bad, as it isn’t. It’s just that it never aims very high and so was never going to be more than mild entertainment.

Overall Verdict: eCupid is kinda fun and Houston Rhines is a bit of a charmer, but it’s difficult not to feel this rom-com should be better.