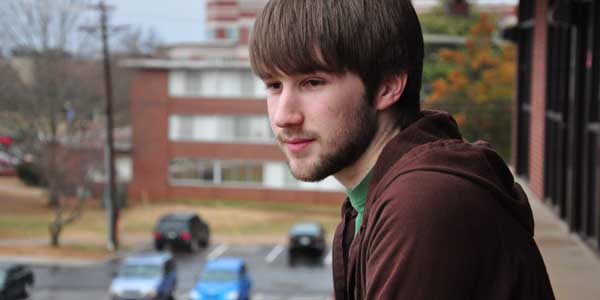 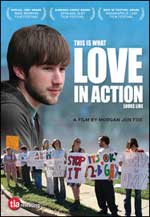 In 2005 the friends of 16-year-old Memphis teenager Zach were shocked to find a series of MySpace posts saying that following his parents reacting badly to his telling them he was gay, they were sending him to a Fundamentalist Christian live-in programme, Love In Action, which would try to turn him straight. With Zach having already been packed off to the organisation’s centre, Zach’s friends decide to organise a protest. Their peaceful attempts to raise awareness of the centre’s existence and to try and help Zach soon become a major news story, forcing things to change. However with Zach inside the centre, he knows little about what’s going on in his name.

This story is mixed with interviews with those who’ve been through the programme and similar ones, some who were desperate to become straight but came to realise that what the organisations were trying to force on teens was wrong. It even includes an interview with a man who used to be the director of Love In Action, part of the biggest ‘ex-gay’ organisation in the US, who talks about what it’s like to be part of the refuge, especially for teens who’ve been forced there against their will and who was there inside the refuge trying to stop the protest as it went on outside.

It’s a fascinating tale, made all the more timely due to the fact the whole idea of ex-gay organisations is becoming increasingly controversial. Just a couple of weeks ago, California became the first state to make moves to ban such groups being able to take in teens who have been forced there. Indeed, the sheer fact you can make kids go to such places against their will is pretty horrifying. If an adult makes that decision by themselves that’s one thing (although a bit of therapy to find a way to deal with their sexuality would probably be better), but completely screwing with kids’ heads by trying to force them to be straight without any choice in the matter is unconscionable. Even if you think being gay means we’re all going to hell, it’s still a pretty screwed up way of dealing with it.

This Is What Love In Action Looks Like is a moving and hopeful journey into this world, both in terms of its central story and the interviews with those who’ve been through ex-gay therapy. Extremely well put together and while it’s obviously against the idea of putting kids into anti-gay therapy, it’s nicely balanced, giving you a full understanding of where the ex-gay people are coming from and showing that they really, truly believe in what they’re doing. It’s all sadly delusional and worryingly self-reinforcing (pretty much ignoring anything external that points to different conclusions than they’ve come to), but it is genuine.

As the documentary shows though, there are things that can be done, and that sometimes the power of protest can make a change.

Overall Verdict: A fascinating, worrying and yet hopefully documentary that reveals a lot about the ex-gay movement through a powerful story and the actions taken to do something about it.