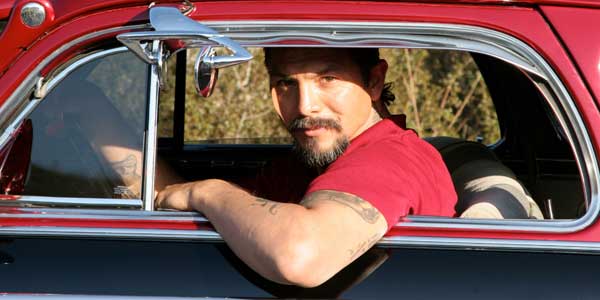 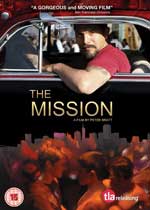 As Jessie nears graduation and the Mission’s homophobia builds to potentially lethal levels, Che remains unable to accept his son. Although it seems the wedge between them is immovable, can father and son ever come back together? And can Che fins his own redemption in a relationship with Smoke, who almost acts as his conscience?

There’s little doubt Law & Order and Private Practice star Benjamin Bratt only agreed to appear in and co-produce The Mission because it was written and directed by his brother, Peter. However he turns in a strong, complex performance as a man with plenty of demons of his own, but who simply cannot bring himself to accept the truth about his son. Che is not a total monster, as he undoubtedly loves his son and wants to maintain a relationship, but for him that means making his son’s gay side invisible.

The first hour is slightly slow and could have done with a bit of judicious editing, but the pace and power pick up in the second half as the stakes are raised, both in terms of life and death and whether the father and son relationship can survive. It would have been nice if the movie could have gone into more depth about exactly why Che is the way he is – his homophobia is just a monolithic fact – but he’s still a strong character.

The script is occasionally a bit TV movie and melodramatic, but it has some very powerful moments, particularly towards the end. That said, it does stop a scene or two too early, so it feels the story hasn’t quite finished (although I suppose Che’s emotional character arc has completed). It’s all a bit heavy-handed at times and lacking in subtlety, but that’s more than made up for by its sincerity and heart.

Overall Verdict: The Mission undoubtedly teeters of the edge between powerful and cheesy, but thanks to a strong performance from Benjamin Bratt and a heart that’s definitely in the right place, it just about succeeds.