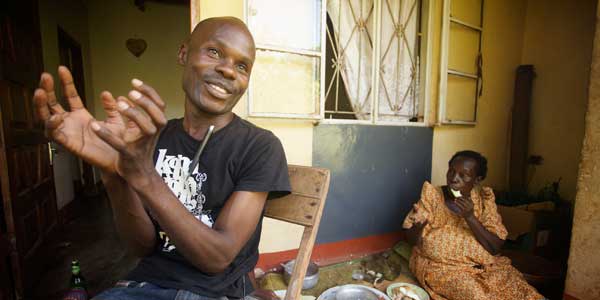 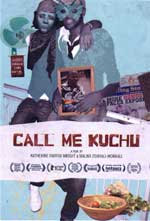 If you’re gay, there’s probably no movie you can watch this Halloween season that will scare you more than Call Me Kuchu, a documentary about life in the Ugandan LGBT community, focussing on activist David Kato. Whilst we in the West still have issues with homophobia and need to fight for things like marriage equality, in Uganda the debate isn’t even about whether gay sex should be legalised, it’s about whether homosexuals should be allowed to live.

I’m sure most of us will have heard about the proposed Ugandan ‘kill the gays’ bill, which sought to strengthen the prohibition of homosexuality in the East African country, and included the death penalty for ‘aggravated homosexuality’ (which covers thing such as repeat offences and ‘recruiting’). However while it was easy to be mildly outraged about this from the safety of a country where many rights for gay people have been enshrined in law – even if things are far from perfect – it’s a different experience to be taken into the lives of those whose existence is being threatened simply because they are gay. And that’s exactly what this documentary does.

The movie looks at David Kato, a man at the forefront of the gay rights struggle in Uganda, who came out in 1998 and became increasingly active in the small but proud LGBT community. Call Me Kuchu covers a lot of events over the last few years that many will have heard about but which are far more terrifying when you see the people they affect. This includes a newspaper called Rolling Stone (which has nothing to do with the music magazine) publishing photos and details of 100 people it says are gay, and which calls for their execution. Kato was one of those people.

Although the fact this happened is horrible enough, it’s genuinely unnerving to watch the film’s  interview with the editor of the paper, who laughs and barely seems to think it’s worthy of his time to consider whether he’s done the wrong thing. Indeed, it’s the one thing that’s noticeable and most terrifying about all the anti-gay people in this film, that none of them seem to have any conception that anything they believe could possibly be wrong or even needs to be thought about. It’s not like there are only a few of these people either, as the Ugandan population as a whole is generally very much against gay people and at least initially it looks like the ‘Kill The Gays’ bill will sail through parliament on a massive wave of support.

Taking a quite personal view, the documentary really makes you realise how daunting it is to be gay and Ugandan. Indeed, it will make many of us wonder if we’d have the guts to be open about our sexuality if we lived there. However it’s not all about doom and gloom, as despite the difficulties, the film shows us the attempts to build a gay community and allow people to have a space where they can be free to be themselves, even if only for a few hours. Even these dances, drag shows and others gatherings seem to be acts of defiance in the face of massive oppression.

The documentary follows David and several other gay Ugandans from the publication of the names in Rolling Stone, through the court case they launched against the publishers and onto the struggle against the anti-homosexuality bill. It takes in both the personal journeys of gay people in the country, as well as how their struggle became a cause celebre around the world – although even that becomes problematic, as the increasingly high profile of some gay Ugandans makes them even bigger targets. Many will know what happened to David Kato, which I won’t go into here, as you should just watch the documentary to find out. Needless to say, it’s terrible, incredibly tragic and very moving.

It’s a wonderful documentary that is both terrifying and haunting – the fact this could be going on in the world today and to see it with your own eyes is really shocking – but also remembers that there’s always hope and pools of light in the darkness. It really is worth seeking this one out, as it’s genuinely fascinating and eye-opening, and may well get you more involved with the gay rights struggle around the world.

Overall Verdict: A gripping, scary and yet oddly hopeful documentary, which takes you deep into the massive struggles of gay people in Uganda – where persecution and the threat of death are very, very real. However what’s perhaps most moving are the moments of community, happiness and togetherness, which will make many of us wonder whether we’d be as brave if it was our lives at stake.

While Call Me Kuchu is at select UK cinemas from November 2nd, there are also nationwide screenings at the following cinemas on November 6th:
London – Clapham Picturehouse