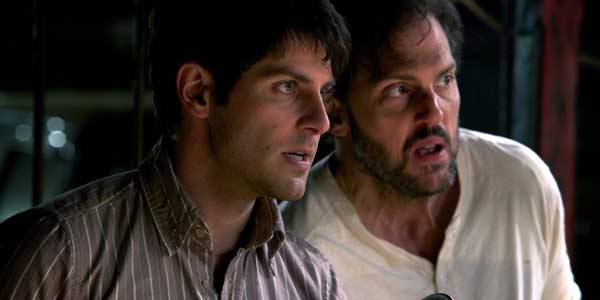 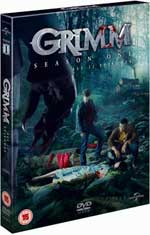 Det. Nick Burkhardt (David Giuntoli) is a Portland, Oregon cop, who’s good at his job, but rarely experiences anything out of the ordinary. However then his Aunt Marie (Kate Burton) turns up and he starts seeing very strange things – certain people’s faces begin morphing into that of strange creatures, revealing the beasts within. Nick discovers that he is a Grimm, which isn’t just the surname of some fairy tale writing brothers, but essentially a job, handed down in his family. He has the ability to see the beasts, known as ‘Wesin’, who live around us and to most people just look like ordinary humans. Each race is different, from those who are like bears to those who are like beavers, and some are far more dangerous than others.

Nick finds himself suddenly thrown into a world where all sorts of crimes are committed by these beasts, but as no one else can see the Wesin, he has to find the culprit by traditional police methods to ensure they’re brought to justice. He also discovers that being a Grimm is a tough job, as they are essentially the bogey man to the Wesin world, and so many would like nothing more than to kill him. Luckily Nick manages to befriend a reformed Blutbad (Silas Weir Mitchell), known as the big bad wolf in folklore, who becomes Nick’s  guide to this world he only recently discovered existed.

Grimm’s mix of folklore, horror, police procedural and fantasy is a potent concoction. Indeed it’s almost surprising someone hasn’t come up with something similar before. It’s a lot of fun, with each episode seeing Nick coming up against a different creature, whether it’ someone who’s actually some sort of bird beast or a women killed by bee monsters. Admittedly it’s a little silly, but thanks to a tone that takes the idea of Wesin seriously but keeps the mood light, it works well.

There are a few issues though, which largely revolve around the building of this world. Sometimes rather than building a strong mythology you can follow, it all seems a little too random. There are so many different types of creatures it’s tough to keep track of them, and dealing with them too often involves Nick finding some sort of get out of jail free card in the Grimm archive. It’s also sometimes a bit difficult to work out exactly how things work, and the show often seems uncertain. For example, when the Wesin briefly morph into their creature form, most of the time other people don’t see it, but then sometimes they do, and it’s unclear why. It’s also never really explained why Nick couldn’t see the beasts, but then randomly starts seeing them everywhere from Episode 1 onwards.

Towards the end though it begins to find its feet in this respect, with Nick making more alliances amongst the gentler Wesin and more being revealed about his boss at the police department, who right from the beginning we know is well aware of the creatures that live amongst us.

Like many US TV shows in their first season, it’s definitely a show that’s trying out different things to see what works, so some episodes are definitely a lot better than others. However, the core idea of the show and the characters always shines through. The 23 episodes certainly build in a way that suggests Season 2 will be well worth watching, with a more assured idea of the series’ mythology and plenty more gory crimes and bizarre creatures.

To help identify the many different creatures of Grimm, there’s a guide included on the last disc of the set, which reveals a little more info on each of the species. You also get a couple of featurettes, one looking at the creating of the Wesin and the special effects, and the other a kind of behind-the-scenes overview of the show. The Cast Auditions for the main actors are quite interesting, as are the VFX progressions, showing the complex CGI used to morph people from human to Wesin.

Overall Verdict: Grimm may not be prefect and Season 1 certainly has a feeling of finding its feet and working out what it’s all about, but it’s certainly entertaining and suggests Season 2 will be well worth watching.