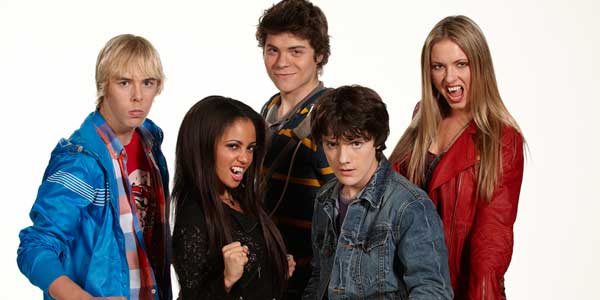 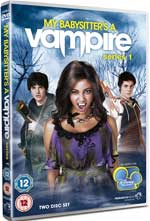 While the movie deals with the origins of the characters, the series dives right in with teen nerd Ethan dealing with the visions he often has when he touches someone, his friend Benny trying to do magic but screwing it up, and the titular babysitter, Sarah, who has her own problem’s as she’s a fledgling vampire. Between them they have to deal with all manner of supernatural shenanigans that befall their small town, from blood donor nurses who are actually vampires to a ghost who wants to force Ethan to be a wrestler.

It’s silly, surprisingly funny and rather charming. The jokes are occasionally a bit near the knuckle for its youthful audience, but there’s nothing too shocking and it will help youngsters feel like this is a series made for them. It’s kind of a comedy Twilight, but for a slightly younger audience. Unfortunately it’s been given a 12 certificate, although I’m not entirely sure why, unless the BBFC is worried about particularly easily terrified youngsters. Put it this way, Doctor Who’s Daleks are a lot scarier than anything here and not that many people wonder if an eight-year-old should be allowed to watch those.

The acting isn’t brilliant, but it works and it’s not too much of a surprise the show has been a success on both sides of the pond. It’s very much for a young audience, as it doesn’t spend too much time winking to older viewers, but it knows who it wants to entertain and does it well. So if you’ve got a kid who’s into the whole vampire craze, you might want to get them this.