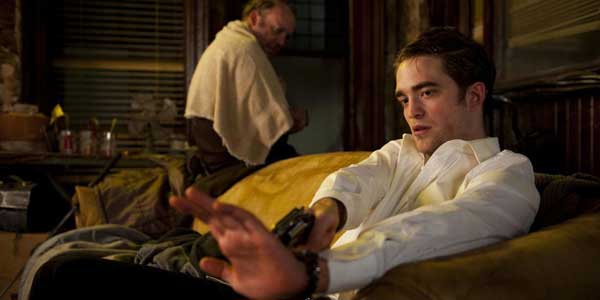 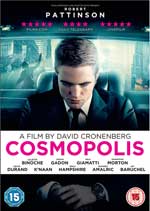 What should be a simple trip gets increasingly complex, with a visit by the President and a funeral causing delays, before the streets erupt into full-scale riots – with many of the participants protesting just the sort of rampant capitalism Packer represents. Throughout the day Eric meets various people, including his girlfriend, business acquaintances and sexual partners, most of whom join him in his limo. What at first seems like a rather random journey starts to see Eric’s life implode until he reaches the point where it appears like he’s actually trying to destroy himself.

Cosmopolis in not an easy film. The dialogue is dense and demands concentration, with characters often talking about big ideas that have to be crammed thickly into the running time of a movie. Particularly early on there’s also a tendency for the film to seem rather random and arbitrary, with characters talking in an extremely mannered, false way. However this is deliberate, working as an insight into the disconnected, strange life Packer lives. Cocooned in the womb of his taxi, the events of the outside world are viewed as if on a TV screen, seemingly having little impact on him other than on an intellectual level. He is a man who has not just lost touch with his humanity, but doesn’t even know what that means anymore. The movie is in some respects his attempt to find some real sense of connection and become part of the human race, even if his attempts to do that result in utter nihilism.

Perhaps the most interesting scenes are his conversations with his girlfriend. Both of them talk like robots, performing the roles they believe they have to play with absolutely no connection to what that means. Initially I found them rather frustrating and fake, as the characters literally just come out and say exactly what they think in a way real people rarely do. However it soon becomes clear neither is listening to a word the other says, and so it doesn’t matter what they say, and their thoughts are merely part of the performance of being people – they think this is what having a relationship is, even though neither seems even vaguely emotionally connected to the other (except in how things affect them).

While Cronenberg presumably decided to take on the adaptation in the wake of the financial crash, it’s become even more prescient in the wake of the Occupy movement and the increasingly divisive nature of American politics. Indeed, without Occupy even fewer viewers would be able to understand what’s going on in the film. Interestingly though, the film isn’t all on the protestors side, as the movie even questions whether the action of dedicating yourself to a cause necessarily has meaning if how you’re protesting is pointless.

The film is very episodic and there are definitely times when it struggles to keep your attention, especially during very talky sections where it’s not immediately clear what the point is. Even those who struggle through the early stages will probably perk up at the end, which turns into an excellent two-hander between Pattinson and Paul Giamatti, who plays a downtrodden would-be assassin.

But while the ending will hold your attention much more easily than what happens before, it’s difficult to recommend this film to those who aren’t willing to really think about what they’re seeing and ponder the meaning of a film that certainly isn’t easy, especially as it’s sometimes deliberately obtuse and occasionally a little surreal. If you are willing to do fully engage with it, Cosmopolis gives you plenty to chew on, with a surprisingly good performance from Pattinson at its centre.

Overall Verdict: A deep, dark, dense film that certainly doesn’t make it easy for the viewer to fully engage with its strange, cerebral look at the modern world and the disconnection of those at the top, but there’s plenty of reward for those willing to put in the effort.