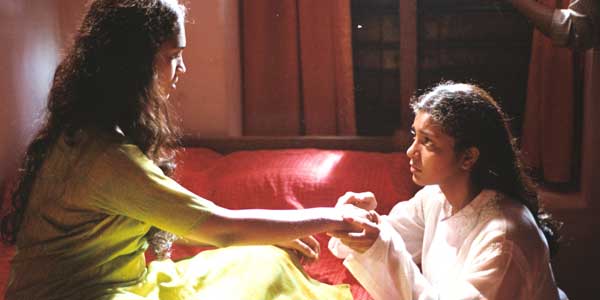 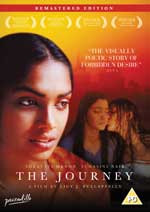 Ligy J. Pullappally’s 2004 debut (sadly it’s still her only movie) gets a welcome re-release. The deceptively simple film is about two teenage Indian girls, Kiran and Delilah, and the growing desire one has for the other. As you can probably guess this causes a few issues, not least of which is that that Kiran is mortified by her feelings for Delilah. However it may not only be Kiran who is feeling this way.

They live in a world where arranged marriage is the only option, and a relationship between two women seems out of the question.

It’s a sweet yet powerful tale held together by strong performances and good chemistry from the leads, who perfectly plays the confusion and excitement of feelings they don’t really understand. Kiran’s feelings for her friend are palpable, with the film really pulling you into her predicament of wanting to be a good daughter and yet not being able to deny her feelings. As the girls grow closer and their secret threatens to emerge, the dramatic stakes are certainly raised.

One of the most interesting things is that despite the rural Indian setting and culture, the core of the story itself is universal, touching on issues that would be true anywhere. It results in a moving, emotional journey that reminds us that no matter where we’re from, the human heart remains the same.

Admittedly The Journey does take a while to get going and it’s not the sort of film that’s packed with incident and action, but once it gets going it certainly draws you into its simple yet heartfelt story. Unfortunately the audio isn’t great, with dialogue that’s often rather fuzzy (presumably due to the movie’s very low budget), but unless you know Malayalam and were planning to switch off the subtitles, it’s not too much of an issue. The visuals meanwhile are good. There are occasional nick in the print, Ligy J. Pullappally has a strong visual storytelling sense and creates some great images.

It all goes together to create a film that was obviously made for little money but which draws you into its story of burgeoning Sapphic love and the problems this create for two young women.

Overall Verdict: A well-acted, strongly directed story of the relationship between two young women, which transcends its Indian setting to tell a story that anyone can relate to.