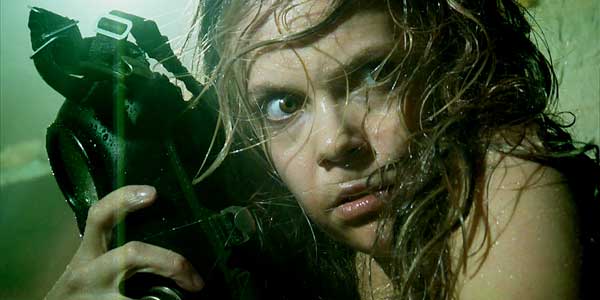 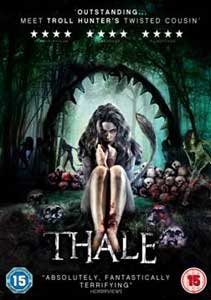 After Troll Hunter comes Thale, another movie about Nordic mythology, although this one’s about something few people outside Scandinavia will have heard of, Huldra. These are female-like creatures, said to hum a tune that’s so irresistible that it can lure men from their villages, never to return.

Leo (Jon Sigve Skard) and Elvis (Erlend Nervold) head to an out of the way house for a crime scene clean up, after a very grisly dead body has been found. Newbie Elvis is having enough trouble dealing with the gore when he discovers a basement, full of strange bottles and tapes. While it appears empty, a woman then erupts out a milky bath.

She’s naked, mute and seemingly feral. As the men wait for someone to come, they begin to piece together what this woman, who they discover is called Thale, is doing in the basement, and that perhaps she’s not completely human. And all the time, something seems to be creeping around in the forest outside.

Thale is a very low budget film, but it still manages to be fairly creepy, building an unsettling tone as Elvis slowly gets to know more about Thale and why she’s been hidden away. It does get a little silly at times, but as long as you don’t mind the emergence of odd looking CGI mythological creatures, it’s fairly entertaining. Actually it’s not the creatures where it nearly goes completely over the top, but with some white-clad, gun-toting agents, led by a full-on scenery chewer. Their presence does allow for a very well make action scene, but it’s a bit daft.

For non-Scandinavian viewers Thale does perhaps leave the explanation of what’s going on with the woman a little late, so that there are moments when it’s difficult not to feel you’re missing something that the film is presuming you’d know (if you were up on your Nordic folklore, that is). It does pretty much make things clear by the end, but it takes a while.

Overall Verdict: Thale is cheap, cheerful and while uneven, it’s sense of creepy foreboding pulls it through. Don’t expect the sort of special effects fireworks of Troll Hunter, as this is told on a much smaller scale, but it’s still worth a look.