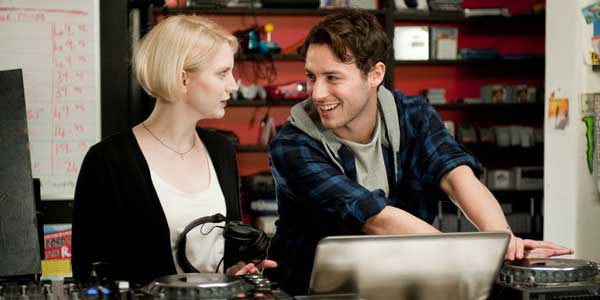 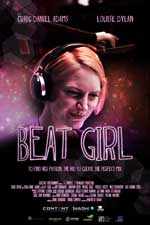 Then she meet record store owner Toby (Craig Daniel Adams), who introduces her to the underground world of DJ-ing. It’s something she knows nothing about and involves a type of music that’s never penetrated her rarefied classical world. Initially she’s attracted to the idea of being a DJ in the hope she can get paid and save money for music school, but soon she starts to realise the excitement of this world.

With family difficulties, pressure to get a music scholarship, an increasing flirtation with Toby and a new world of dance music to explore, there simply isn’t room in her life for everything. She’s faced with a choice between the life she’s worked towards for years, and a new world that she never even knew existed, but which she feel pulled towards.

Beat Girl is an extremely watchable movie, but it never fully takes off and flies. The acting is decent, the plot well-structured and it never gets dull. However it’s difficult to escape the sensation that we’ve seen this many times before, but with either more humour or a greater depth of feeling.

One of the main things that lessens the impact is a script that’s a little to on-the-nose at times, with characters simply blurting out their issues. It’s a gentle reminder every few minutes that you’re watching a movie, which is a shame as most of these moments could easily have been ironed out.

If you can look past that, Beat Girl does have charm, with Louise Dylan doing a good job in the lead role, playing a young girl of the cusp of adulthood who suddenly realises that after years of having her life laid out for her, she has the ability to choose her own course. The subplot involving her growing relationship with Toby is sweetly handled and never feels forced (and in case you wondered – which you probably didn’t – Craig Daniel Adams, who plays Toby, is gay in real life. It’s nice to see he’s not being pigeonholed into gay roles).

Beat Girl is ultimately one of those movies where there’s nothing really wrong with it – which considering the quality of many independent British movies is an achievement in itself – but sadly doesn’t have a huge amount to make it stand out from the crowd.

Overall Verdict: You could certainly do worse than taking a look at Beat Girl, as it does have some charm, a sweet romance and a plot that’s extremely watchable. Just don’t expect anything particularly amazing.