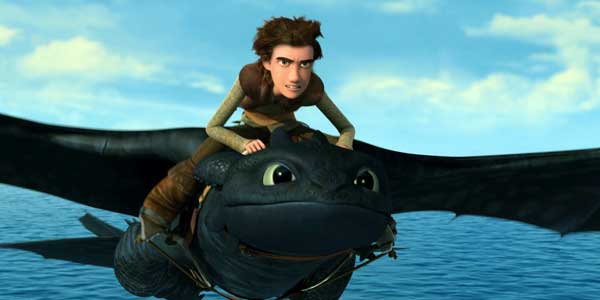 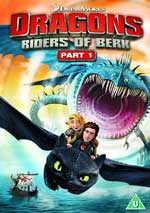 DreamWorks Animation has a bit of a problem. When it has a hit movie, its share price goes up and they make a lot of money, but if they have a flop, things go bad very fast, which eventually led to a lot of layoffs. To try and stem this boom and bust cycle, they’ve gone heavily into sequels that should be sure-fire winners and more recently tried to take their product to TV, in the hope it can ensure they have a healthy bottom line at all times. After a Kung Fu Panda series comes Dragons: Riders Of Berk, based on How To Train Your Dragon.

All the main characters from that film are present and they even have most of the same voices, such as Jay Baruchel and America Ferrera (although Gerard Butler is absent). While Riders Of Berk is perhaps an unfortunate title, it’s a pretty decent series.

The show starts not long after the end of the film, with the Vikings of Berk are coming to terms with the fact the dragons they used to hunt are now living amongst them, with young Hiccup and his friends training and riding them. Not everyone in the village is happy to have the dragons around and there are also evil folks from islands across the sea who want the knowledge about the giant lizards that Hiccup has, and they will do anything to get it.

This two-disc release features the first 10 of the 20-episodes of the first season on the show, and it’s a pretty good selection. Whether it’s Hiccups going on a treasure quest to prove to his dad he’s a hero, or the young man going all gooey eyed over a female newcomer who may not be all she appears, it’s surprisingly fun. The makers have managed to keep the spirit of the movie, and while there’s less in the series that’s specifically designed to appeal to adults, parents may find themselves getting hooked in along with the kids.

There are plenty of jokes, lots of action and some decent plots, along with heaps of swooping shots of people flying around on dragons. Admittedly the quality of the animation isn’t up to the standard of the movie, but that’s to be expected, and compared to the quality of many other CG animated shows, it looks very good – doubtless helped by all the modelling work done for the film.

This show is a bit of a stopgap though, as How To Train You Dragon hasn’t given up on the big screen. A sequel will be in cinemas in 2014, with a third film already planned for 2016. As a result there’s plenty more for fans once they’ve watched Riders Of Berk – Part 1 and the second part of the series, which should hit DVD early next year.

Also included are a few extras, including some fun looks at the beasties in ‘Dragon Tracker’ and a fairly interesting featurette called ‘Evolution Of Thunderdrum’, which focuses on the creation of a new dragon and features plenty of info about how the makers approached the show.

Overall Verdict: A fun trip back into the world of How To Train Your Dragon, which should be very popular with young fans of the movie, as well as parents who will probably be drawn into the action and stories as well.