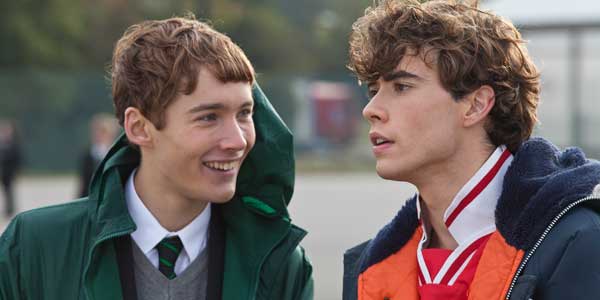 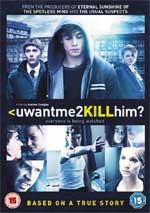 Like Pain and Gain, Uwantme2killhim? is based on a rather unbelievable true story. Unlike the former, its execution is the biggest tragedy to unfold.

The opening act is very in your face just for the sake of it. This may be an attempt to make the events seem more realistic, but it feels puerile. The dialogue, often inconsequential, plays out mundane life and tries to build on the characters; it misses quite badly (for examples of how to do this well, see any Tarantino film). Scenes that really should hold gravitas play out too rapidly, leaving a rather hollow feeling despite serious potential for real, gripping drama. Uwantme2killhim? tries too hard to be realistic, forsaking the dramatic aspect, which the story could wield like a sword if it wanted.

Douglas’ direction seriously compromises this section of the film: scenes are short, edits disrupt the narrative because they are so jittery. Characters teleport to locations with little respite from the previous scene and setting, the dialogue rushes from each line to the next. Moments of devastation and sorrow are glossed over, while screen time is wasted on pointless moments. The performances feel flat and restricted by the brevity of each cut.

While this stab at realism is admirable, the photography and story seem lackluster – most audiences want a good drama, not real life (for exceptions, see the horror genre). We are finally gifted such as the second act plays out.

Obsession grows and Mark is drawn into the online world through conversations with several faceless characters. The story really starts to come into its own: events become tangled in a bigger conspiracy that manifests beautifully in the lead’s paranoia, gritty violence, and even terrorist plots. It becomes truly gripping as the scenes are finally allowed to ‘breathe’ and the audience can absorb what’s happening. The strongest and most consistent player in this whole film is its soundtrack, which excels here. Jon Hopkins entire composition is simple and utterly effective.

We are treated to what seems like a totally different film, complete with a new director. It becomes eerie as the online chats turn sinister and an impressionable young boy is corrupted, made to do terrible things to satisfy people he’s never even met. The final act has you sucked in, your mind racing with guesses as to just what the hell is going on, gripped and appalled by the horrifying events unfolding. Then those directorial gremlins from the first part sneak back in…

Overall opinion: This is a story of friendship you are not likely to forget. Plagued by poor execution (what feels like two completely different directors at times) and a lack of gravitas, this is an opportunity missed by a mile. No doubt it becomes gripping and intriguing halfway in, but whether you’ll forgive it for the first forty minutes is another matter.