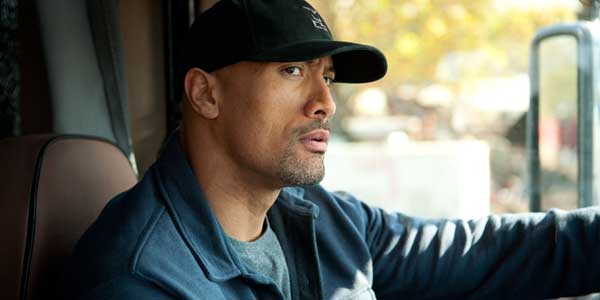 It’s been a great year for Dwayne Johnson, who’s had hits with GI Joe:  Retaliation, Fast & Furious 7 and Pain & Gain, and a smaller success with Snitch. It’s not just impressive he’s had so much box office success, it’s amazing he’s managed to squeeze that many movies into such a short timespan.

Snitch sees him as John Matthews, who’s slightly estranged from his teenage son, Jason. However John is brought back into Jason’s life after the young man is busted for agreeing to take a delivery of drugs on behalf of his friend. Minimum sentencing laws for drugs means he’s going away for a very long time, as the only way to get a sentence reduced is to turn in other criminals. The law was designed to help get major players in the drugs racket to rat out their cohorts, but means those on the fringes of the drug world them may end up in jail for far longer than many really nasty crims.

As Jason doesn’t have many people to turn in, John decides perhaps he can help and offers to bring down some drug dealers as long as his son’s sentence is reduced in return. Soon he’s descending into a very dangerous world, which gets more precarious when the authorities realise they could use him to try and a get a really major player in one of the cartels, even though they’re aware John could die in the process.

Snitch is loosely based on a true story, but it’s so loose that there’s virtually nothing in the film that happened in real life, other than a father agreeing to help the cops in return for his son’s sentence being reduced. The changes have turned it into a more generic action-thriller, with all the shoot-outs, greasy looking drug dealers and neat plot turns you would expect. It’s not a bad watch, but it doesn’t completely work.

The problem is that it wants to be two things at once. Particularly early on there are slightly heavy-handed criticisms of the war on drugs (at one point I half expected Johnson and Susan Sarandon to get out a Powerpoint presentation to further explain things to the audience), which try to show there’s far more complexity and shades of grey than voter-friendly lock-‘em-up-and-throw-away-the-key laws suggest. However this then clashes badly against the rest of the movie where Johnson turns into a one-man crime-stopping machine, where good and bad are painted in almost absurdly black and white ways.

When it’s being thoughtful it works quite well, but when it turns towards more generic thriller territory it just gets silly. Unfortunately it means that in trying to appeal to different audiences it’s unlikely to fully satisfy either.

Overall Verdict: Snitch can’t decide whether it wants to be a smart-than-average look at the unfairness of the legal system or just a dumb by-the-book thriller. While watchable the two clashing sides mean it doesn’t really work.