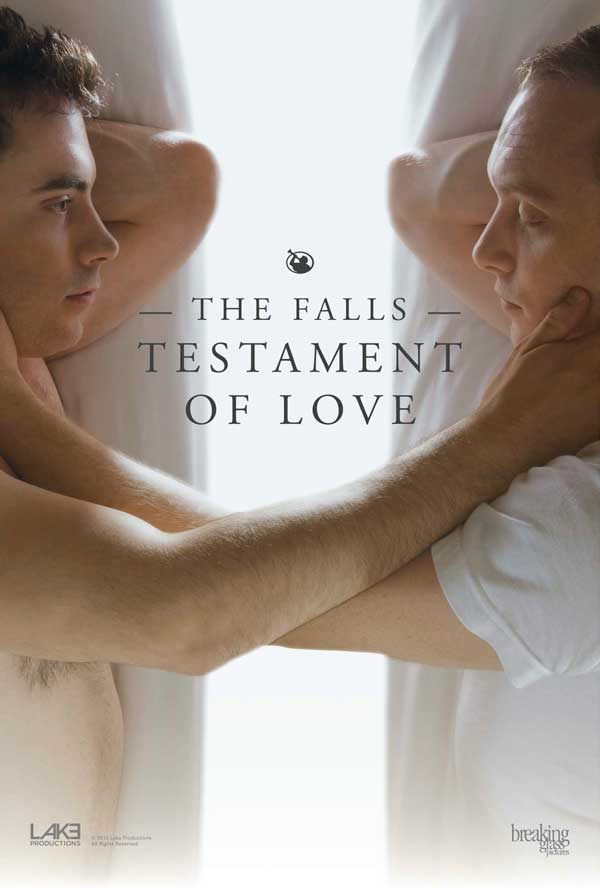 2012’s The Falls (read our review here) gained a lot of fans with its story of young Mormon missionaries RJ (Nick Ferrucci) and Chris (Benjamin Farmer), who fall in love with each other despite the fact they know being actively gay is strictly prohibited by their religion. While many had hoped that after the film’s credits it would be happily ever after for the couple, the sequel lets us know that wasn’t the case.

It’s now five years later and the pair haven’t spoken for a long time. RJ is living in Seattle, has embraced his sexuality and has a boyfriend. Chris meanwhile has rededicated himself to the church and tried to put his gay urges behind him, which includes marrying a woman and having a child. When a mutual friend dies, RJ and Chris are brought back together for the funeral. Although the reunion doesn’t go that well, it makes RJ realise he hasn’t gotten over Chris.

As a result he heads to Salt Lake City, where Chris lives, and shocks his former lover by turning up on his doorstep. While Chris is initially angry, he eventually begins to thaw and despite being married he can’t deny that he still has feelings for his former mission companion.

As with the first movie, it’s an extremely watchable if imperfect movie. The central love story is very strong, with the movie not pulling punches on the emotional turmoil both men go through. Indeed the movie deserves a lot of kudos for not shying away from things that so many gay-themed movies have problems with.

For example, this isn’t the first film about a closeted married man who gets into a relationship with another guy, however far too many of them either expect the wife to be instantly understanding and supportive when she finds out, or otherwise she’s immediately painted as the villain. Here Chris’ wife is allowed to react like most women would and it doesn’t blame her for being angry and feeling like she’s been lied to and made a fool of.

It also realises that RJ going across the country and turning up on Chris’ doorstep is a little creepy and stalkerish – indeed it does a decent job of pointing out that things that may seem like grand romantic gestures in one person’s eyes can be ill-advised and a little disturbed in another’s.

While these aspects are good and well handled, there are a few too many moments that seem a little too filmic and don’t quite ring true. They’re often designed to be emotional crescendos, but oddly these big moments don’t tend to work as well as the smaller moments. When it’s quieter and dealing with the guilt Chris feels and how RJ hasn’t quite dealt with his past as much as he thinks he has, it’s very good. Thankfully that’s what it does for most of the running time, allowing you to be pulled in even if there are a few things that don’t quite work.

There’s also room left at the end for The Falls 3, so it’ll be interesting to see if we get it.

Overall Verdict: Moving, entertaining and sometimes a little sexy, The Falls: Testament of love may not be perfect, but thanks to its strong central romance and characters, it’s a successful follow-up to a good gay-themed film.