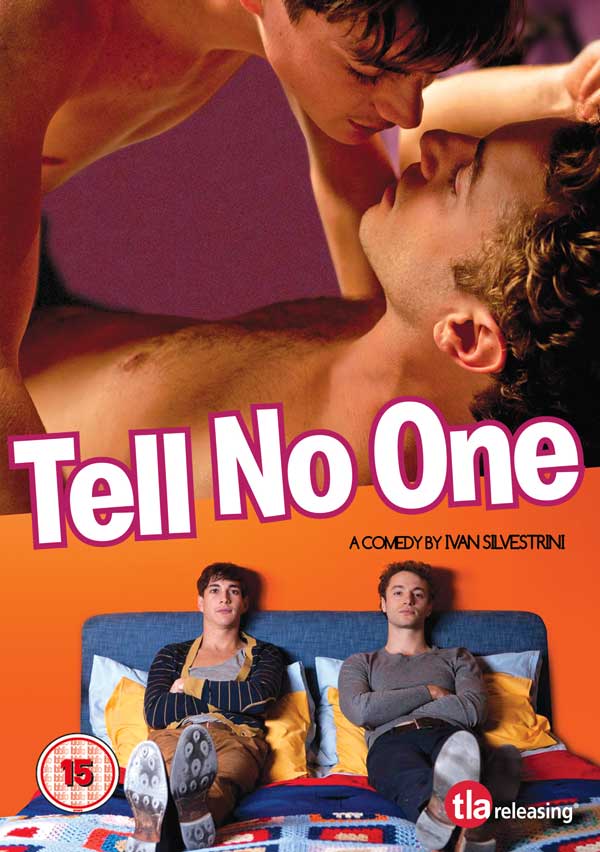 Mattia is a young man in a relationship with Eduard, and he’s about to head off to Spain to live with him. Despite the fact he’s out to friends, Mattia still hasn’t let his family know he’s gay, even if he’s told Eduard his relatives all know and are perfectly happy about it. Mattia doesn’t have any plans to tell his mother and father, but then Eduard announces he’s heading to Rome and expects to be able to meet Mattia’s family.

This leads Mattia to start wondering whether he should come out or if it would be better to find a way to keep family and his boyfriend apart. He also starts to think of all the choices he’s made in the past that have kept him in the closet.

While coming out is a perennial favourite of gay-themed films, Tell No One does manage to inject a little something different by avoiding the protagonist being an angsty teen, as well as acknowledging that for some people it’s their own hangs up over their sexuality that keeps them from being fully open, not just societal pressures.

It is sometimes a little confusing as it jumps about in ways that sometimes it’s difficult to 100% tell if you’re in a flashback or if the movie has just jumped on a bit. However most of the time it has charm and wit, and it does a good job of making the various relationships between the characters feel real and natural, from Mattia thoughts about his parents, to how he relates friends and a former bully. All of this informs who he is and why he hasn’t fully comes out. The only person who feels a little too underdeveloped is Eduard, who often comes across as more of a plot device than a person, which is probably necessary considering his fiancée has been lying to him.

I did feel the big dinner scene, where Mattia either will or won’t tell his family before leaving for Spain, could have been handled a little better. While the direction the film takes at this point is understandable, it’s done in a way that feels a little underwhelming and leaves things hanging compared to what we’ve previously seen. Fortunately it pulls through, largely because it manages to find interesting things to say about coming out that go a little deeper into it than we normally see.

Although I find the term ‘internalised homophobia’ rather reductive and not actually a great description of many of the issues involved, it’s certainly an underexplored area on film, particularly in terms of people living a half-open gay life (and not just pretending to be straight to the entire world while sleeping with guys in secret, which is fairly common in movies). Tell No One does a pretty good job and find some funny situations along the way, even if it never becomes the full-on farce it sometimes seems to want to be.

Overall Verdict: A film that’s a little different to your typical coming out movie, as it’s more interested in the internal reasons people stay in the closet than the issues coming from outside that keep them there. It has a few flaws, but mostly it’s an entertaining and nicely observed Italian comedy.