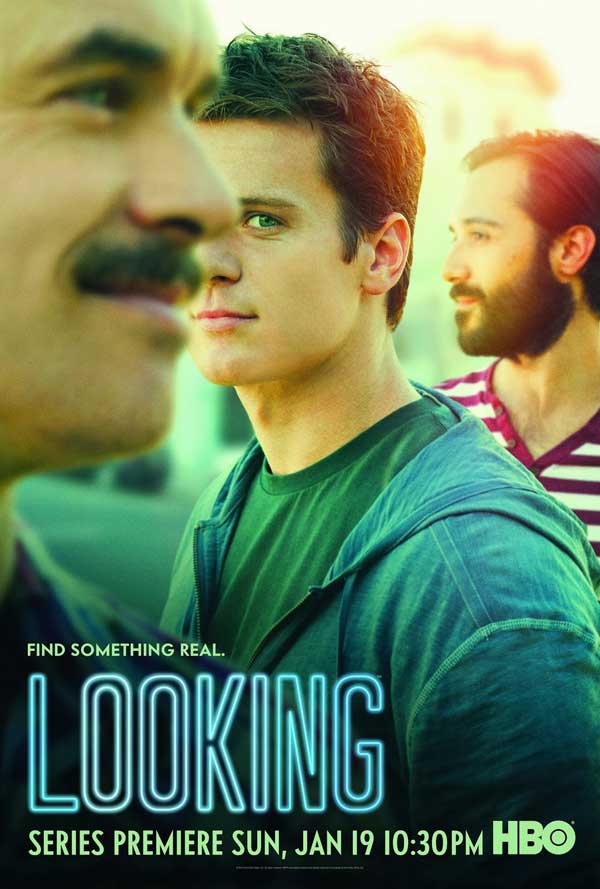 Having premiered in the US on January 19th on HBO, the much-anticipated show about a group of gay friends in San Francisco makes its UK bow on Sky Atlantic on January 27th at 10.35pm. So after all the hype, was it worth it? The answer is yes, but perhaps not if you just judge it from the first episode. If you stick with it though (I’ve been lucky enough to see the first four episodes) it proves to be something well worth watching.

Making a gay themed show is a tough proposition as you’re never going to please everyone. Too much focus on the bedroom and some will say you’re stereotyping gay people as sex maniacs, too little and there’ll be accusations you’re de-sexing gay people. Indeed since the show premiered in the States there have been people who’ve criticised various things about the series – despite the fact they’ve only had 30 minutes to judge it by.

Ultimately the complaints are more a reflection of the fact that with comparatively little representation on TV, many gay people get their hopes up that each gay-focussed show will reflect their perfect view of gaydom, which is highly unlikely to happen. As a result people get annoyed when a series isn’t perfect, as there are few other shows to turn to which might better reflect their personal view of life.

You can almost feel this pressure in the first episode of Looking as it tries to find a tone that will please as many people as possible. However it doesn’t quite work for a couple of reasons. The first is that it so decidedly wants to set out its stall as a gay show that it gives the impression that the characters get up each morning and just do ‘being gay’ all day. There’s a slight impression that the makers were so worried about being accused of domesticating gayness that they rather overdo it in the opening installment.

Secondly at 30 minutes it struggles to both set up the world the show is set in as well as to give us a proper story. With the time constraint it simply can’t fit in all it wants to do. It ends up just being gay things happening for half an hour, without really telling us why we should care about what these people are going to get up to over the next seven episodes.

Thankfully, after that first episode things begin to calm down and the characters are allowed to breathe. We get more of their lives and it feels far more real. They become people where their sexuality informs all sorts of aspects of their lives, but not everything is solely about the fact they’re gay.

Looking follows three main character – Patrick (Jonathan Groff), Agustin (Frankie J. Alvarez) and Dom (Murray Bartlett). Patrick is a videogame designer who’s single and looking for love. However he’s having a problem with making the right impression. Indeed it’s one of the more interesting things about the show, as while some of the people he meets are asses, his issue is more working out how to balance ‘gay culture’ with his own personal identity. That becomes particularly problematic when he meets Richie. After his friends get very gay (and American) and make a big deal of the fact that as Richie’s from a Mexican family he’s probably uncut, Patrick ends up giving the impression he’s almost fetishizing the idea. Richie understandably isn’t sure what to think when his date is suddenly suggesting that his possible foreskin is the main thing he cares about.

Agustin meanwhile is in a long term relationship and just about to move in with his boyfriend, Frank (O.T. Fagbenle). However he’s also a bit lost. While he sees himself as an artist, he does little of his own work. He’s also in two minds about the domesticity he’s about to embark on, which begins to rankle with his nonconformist ideas of himself. As a result he starts trying new things both sexually and artistically.

Dom meanwhile is the oldest of the group and well aware that he didn’t expect to be still waiting tables as his 30s came to a close. He has dreams of opening his own restaurant but has no money to do so. Although he doesn’t have a massive amount to do in the first few episodes, I have a feeling he could end up the best of the lot by the time the first season closes.

While all they turn out to be quite interesting, flawed characters, you don’t fully get that from the first episode, where they all come across as a little one-note. Thankfully though Looking is definitely worth sticking with. As things progress the show reveals itself to be a smart and sometimes funny look at modern gay life, with characters at different stages of their journey juggling the pressures of modern life and how sexuality fits into that, from the positives and negatives of Grindr to the difficulties of relationships.

Things also get more interesting with the arrival of Russell Tovey and Scott Bakula. Tovey doesn’t turn up until episode three, playing Patrick’s new boss, Kevin. While they get off to an awkward start when Patrick hits on Kevin before he knows who he is, they end up becoming lightly flirtatious in the office, even though Kevin has a boyfriend. Bakula is an older gay man who remembers what Frisco was like before the advent of AIDS. He meets Dom is a sauna and may be able to help with his restaurant idea.

With the first couple of episodes I was definitely underwhelmed. I can understand why it starts this way. It’s rather like the British Queer As Folk, which deliberately slapped audiences in the face by showing all things GAY (in capital letters) that had never properly been on TV before on. However while that was thrilling in 1999, it feels less revolutionary in 2014. Indeed it’s now slightly reductive. Luckily though, once Looking’s gotten that out of its system things improve considerably and while all three main characters have a tendency towards being annoying to start with, they prove more interesting as the season progresses and I’m certainly keen to find out what happens to them in the second half of the season.

It may be a slightly wonky start, but I still have very high hopes that Looking could end up being the gay show we’ve been waiting for, with characters who may not be exactly like us, but reflect enough of our lives to make them well worth watching. The jury is still slightly out, but there’s a lot of promise.