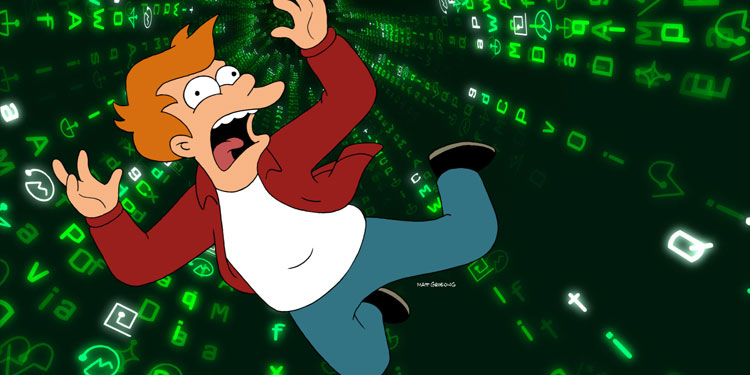 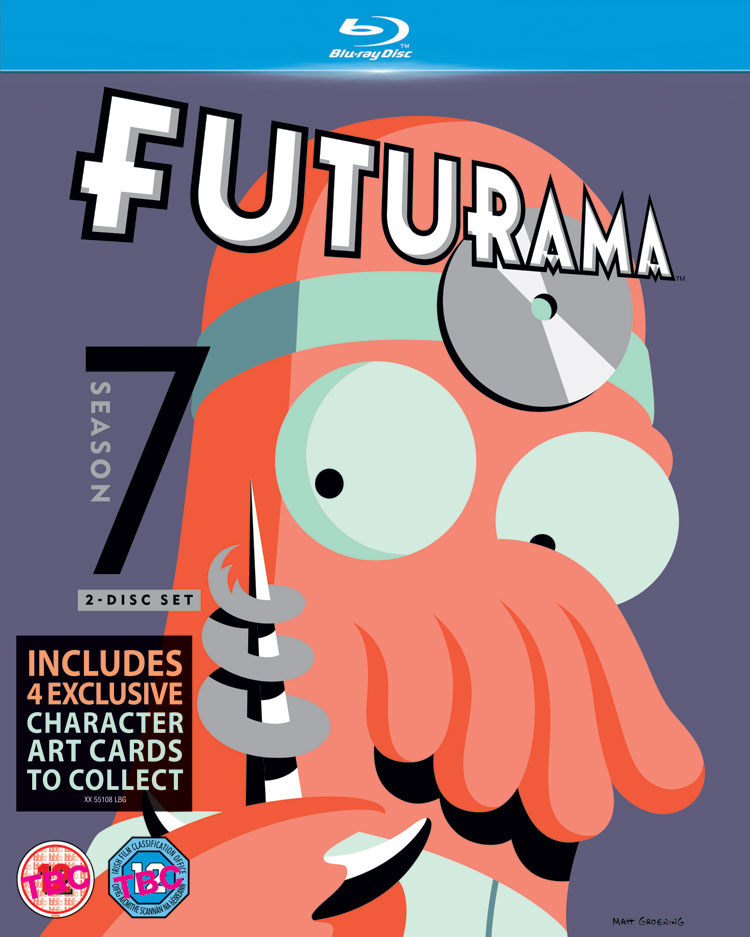 We’re a bit behind with Futurama in the UK. While Season 7 started in 2012 in the US, we’ve only just had it on TV in the UK, quickly followed by this home entertainment release. To make things a little more confusing, this release has 13 episodes, although officially the US Season 7 has 26 instalments. However it was split in two in both countries and so we’ve still got more episodes to come in Britain. That may sound annoying, but as the show has now been cancelled (again), it is good to know us Brits have a few new episodes before the end of Futurama finally comes.

Since it returned from the hiatus between being cancelled on Fox in 2002 and the four straight-to-DVD movies that led into brand new seasons of the revived show, it hasn’t quite been the beast it used to be. Sure all the characters are back (with the same voices, thankfully), but it’s been different. In its first incarnation it had an amazing ability to drawn you in with silly humour and incredibly smart premises and then rip your heart out with more humanity than you’d think an animated, sci-fi comedy could muster.

There’s been far fewer moments that almost bring you to the brink of tears this time around – not that it hasn’t tried – but while the scripts have been good they’ve lacked the edge that made Futurama something very special indeed.

That continues with Season 7, which is a lot of fun, but good rather than great.

If you’ve never seen the show before, it’s set exactly 1000 years in future, and started out with Philip Fry getting frozen in the year 2000 and being defrosted in 3000, then having to settle in to life in the future. However he’s now well used to the world of New New York, still working as a deliver boy at Planet Express alongside a whole host of crazy co-workers.

Season 7 plots range from Bender accidentally having a baby with a vending machine to Leela’s mutant parents splitting up and her mom ending up engaged to Zapp Branigan. There’s also Hermes ‘upgrading’ himself into a robot, Amy Wong and her family losing their billions and Fry getting mixed up with some Neanderthals.

It’s all a lot of fun, even if there is a frustrating habit of contradicting events and precedent from previous episodes, which is annoying for fans and betrays the fact that there’s not quite as much care taken with the Futurama reincarnation as there was first time around. Even so, it’s still a lot better than most TV out there, even if those who know and love the show do have to overlook a few annoyances.

There are a couple of standout episodes. The best is ‘Decision 3012’, where a candidate who steps up to take on Richard Nixon’s head in the Presidential election turns out not to have been born yet (and yes, I do realise that if you’ve never seen the show that sentence must seem utterly bizarre). It harks back to the clever satire and wonderfully circular premises of the show at its best, while having a lot of fun at the same time.

The release is also a great way to show that Blu-ray really is a big step above HD TV. While a lot of people think all HD is equal, something like Futurama on Blu-ray shows just what a difference in clarity and depth of colour Blu-ray offers. The show looks absolutely superb in the format – far better than I was expecting.

There’s not a vast array of special features, but what’s there is pretty good. You get a lot of deleted scenes, some of which are actually pretty funny, along with a ‘jam session’ with the show’s composer, Christopher Tyng, and even sing-along versions of some of the best songs from throughout Futurama’s run. And if you’ve ever wanted Futurama as the background to your life, there are ‘Mobius Trip’ never-ending screen loops, although they’re all based around the ‘Naturama’ episode, where the series’ characters morph into animals from a nature documentary.

Overall Verdict: It may not be as smart as it once was, but Season 7 of Futurama is still funny and a great way to pass the time.