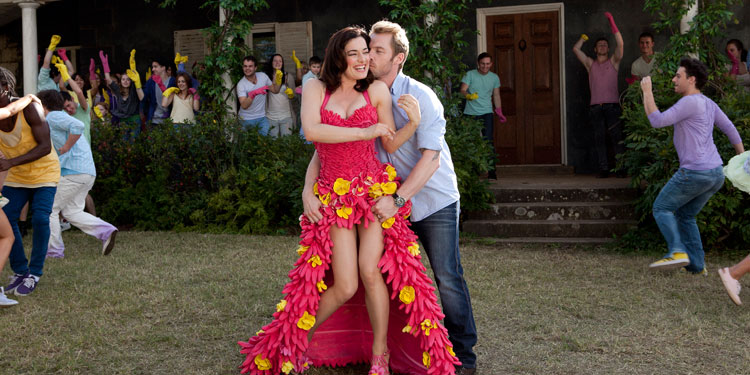 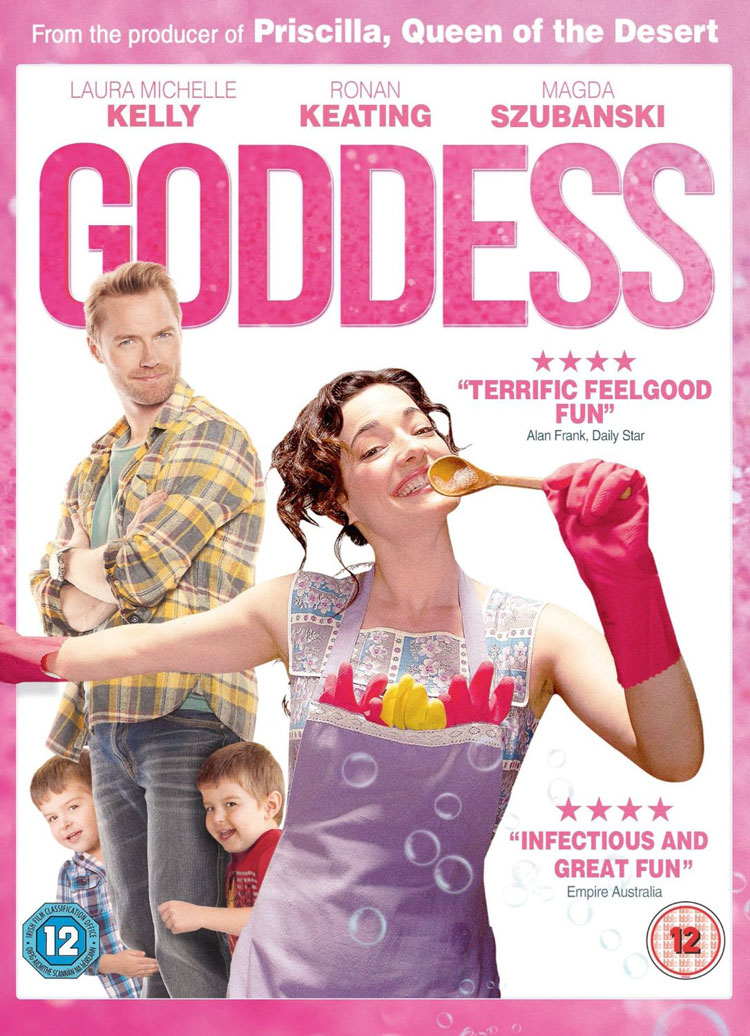 When James gives her a webcam to help them keep in touch, she decides to let the world into her kitchen with a webcast where she sings ‘sink songs’. The idea becomes popular and soon catches the eye of a Sydney marketing whizz (Magda Szubanski), who wants to make Elspeth a star. However as she gets caught up in a whirlwind of possible fame, she risks losing her family.

This Aussie musical certainly has a lot of charm, largely thanks to the English-rose talent of Laura Michelle Kelly (who did win an Olivier Award for playing Mary Poppins on stage, after all) but it’s difficult not to feel this could have been more that it is. All the elements for a really rollicking, feel-good musical hit are present, but it never quite hits the heights it might have.

Goddess never seems quite certain what it wants to be. Is it a small but well-formed musical treat; or a big, gaudy slice of over the top camp? Instead it flits between the two, which results in the big moments feeling a little too small and the more domestic side being a little too campy.

It doesn’t help either that while Ronan Keating does a pretty good acting job in his first movie role, his character is a bit of a dick. He seems resolutely unwilling to see the issues his wife is facing. While he might feel great about running around saving whales he’s completely ignoring the needs of his family. However rather than the film properly taking him to task for that, it’s Elspeth who got to be made to feel guilty about for wanting something more from her life, and for not supporting her husband no matter what.

The music is fun though and there are some well-staged musical numbers that will put a smile on your face. And if you can overlook that there sometimes seems to be an unintentional sexism in the film’s focus on Elspeth accepting her faults while often ignoring her husband’s (apparently you can’t be a mother and a huge success), there’s fun to be had. Goddess could have been more than it is and with a few more tweaks this could have been a really great musical. As it is, the film is just okay.

Overall Verdict: Plenty of good music and charm can’t quite overcome the fact that plot is weak and it can’t quite decide what type of musical it wants to be.