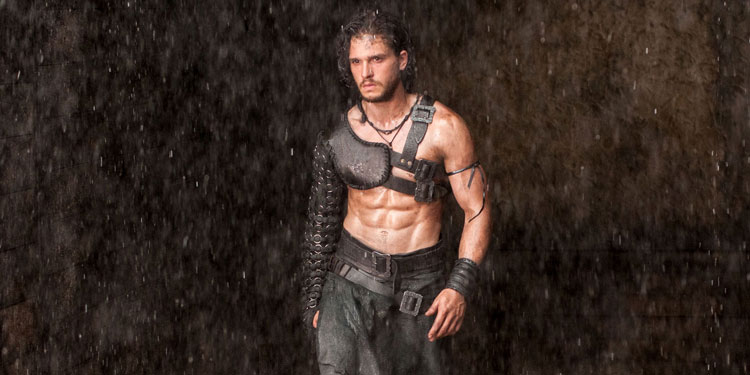 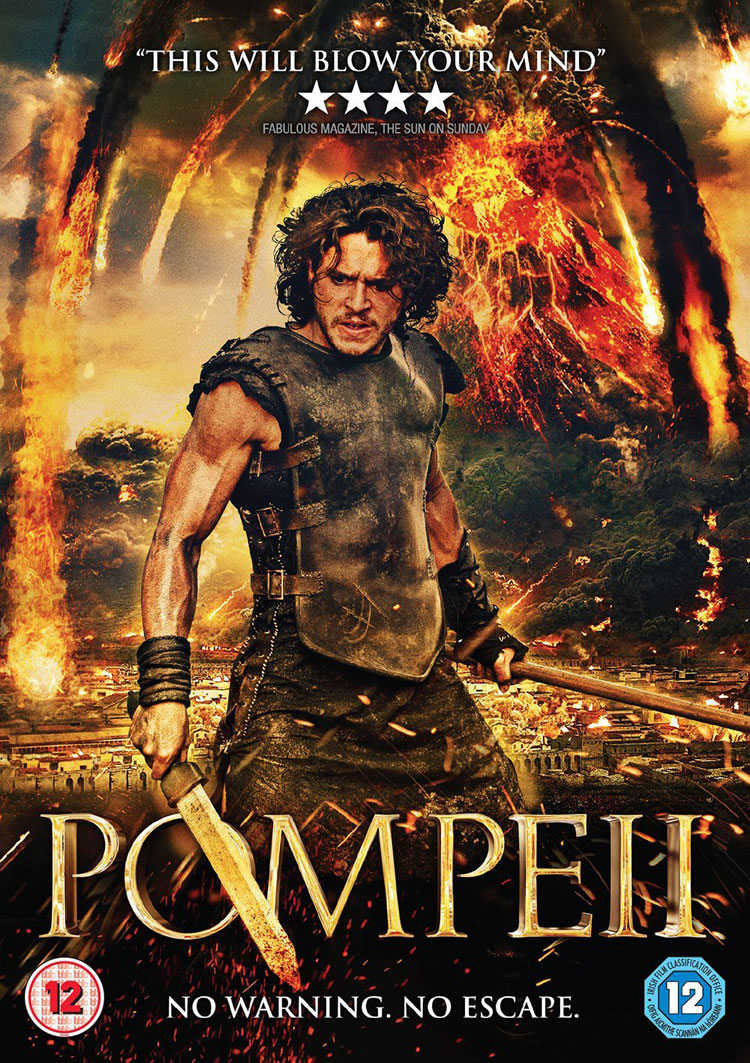 However what Anderson seems to have forgotten is that he’s the director of Alien Vs. Predator, Death Race, The Three Musketeers and Soldier, all of which have had great ambition and plenty of good ideas but got crushed under his rather cack-handed and condescending approach to filmmaking.

And sadly Pompeii is no exception.

Kit Harington plays Milo, a slave from Britain who watched his entire tribe get slaughtered by the Romans when he was just a child. Now a grown man with a reputation as a fighter in Londinium, he is traded and taken to Pompeii to fight in the gladiatorial arena. Along the way he meets Cassia (Emily Browning), the free-thinking daughter of the man who runs Pompeii. Like Milo, she’s not a fan of Rome either, despite her rather higher position in society.

Cassia has her own issues, as Roman Senator Corvus (Keifer Sutherland) has his eye on her and plans to take her as his wife, no matter what she thinks about the matter. Rather than Corvus, Cassia begins to fall for Milo, with their fates becoming ever more entwined in the run up to the volcano that will destroy the city and ensure the special effects budget gets a good workout.

There are a handful of brilliant ideas in Pompeii, but they are utterly and completely consumed by the nonsense surrounding it. In the special features they talk about all the effort and research that went into making Pompeii a real place, but sadly it doesn’t work. Like with many of Anderson’s other movies, there’s too much of a sheen of glossy fakeness about it, so you’re constantly reminded you’re watching a movie (not helped by the fact that in the home most people won’t be watching it in the three-dimensions it was obviously designed for). Hell, Middle Earth is more believable than this.

It might have been able to overcome this with a good plot and characters, but quite frankly soap opera writers would cringe at some of the shenanigans that go on here. That’s particularly true of the villains (largely anyone who’s a Roman), who seem to spend every minute of every day trying to work out how much of an asshole they can be. I quickly started wondering how on earth this Empire had ever become so great, if we’re supposed to believe everyone in Rome was so busy moustache twirling and doing things that even a panto villain would think were ham-fistedly plotted.

It might still have been okay if the disaster was good, but it’s not that brilliant. It feels a bit too frenetic and badly explained. Obviously the Romans had no idea what was happening when Vesuvius erupted and so it can’t have someone sitting there explaining exactly why there’s been a tsunami, what the hail of pumice is all about and the fluid dynamics of the pyroclastic flow that eventually buries the city, but here it’s all presented as merely a succession of things happening, where it feels the eruption has been edited to suit the story rather than because it’s even vaguely close to what it was like. Indeed the entire film’s air of unreality is its biggest flaw, especially when it’s dealing with one of the most infamous natural disasters in history.

Like so many of Anderson’s movie, Pompeii is a film where it’s clear what it wants to be – Titanic meets Gladiator, essentially – but it seems to have little clue what it is that worked about those movies, beyond an obviousness that’s a bit like a jackhammer to the brain.

At least Kit Harington and his abs are looking good though.

Overall Verdict: Pompeii is a great setting for a movie, but it needs more than a half-baked love story and dialogue that a soap opera writer would feel embarassed about writing. And it would help if it was set in a world that felt at least vaguely real.