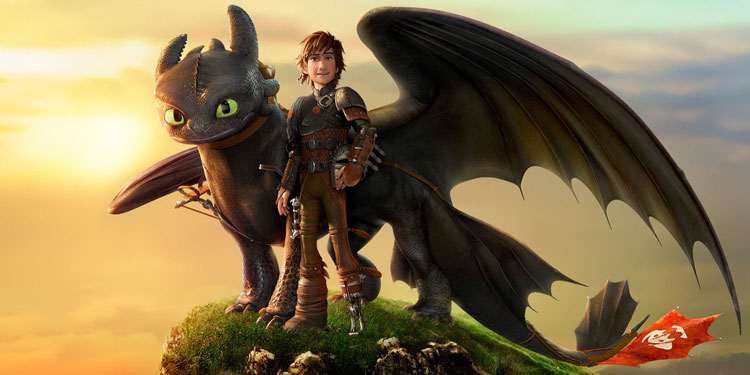 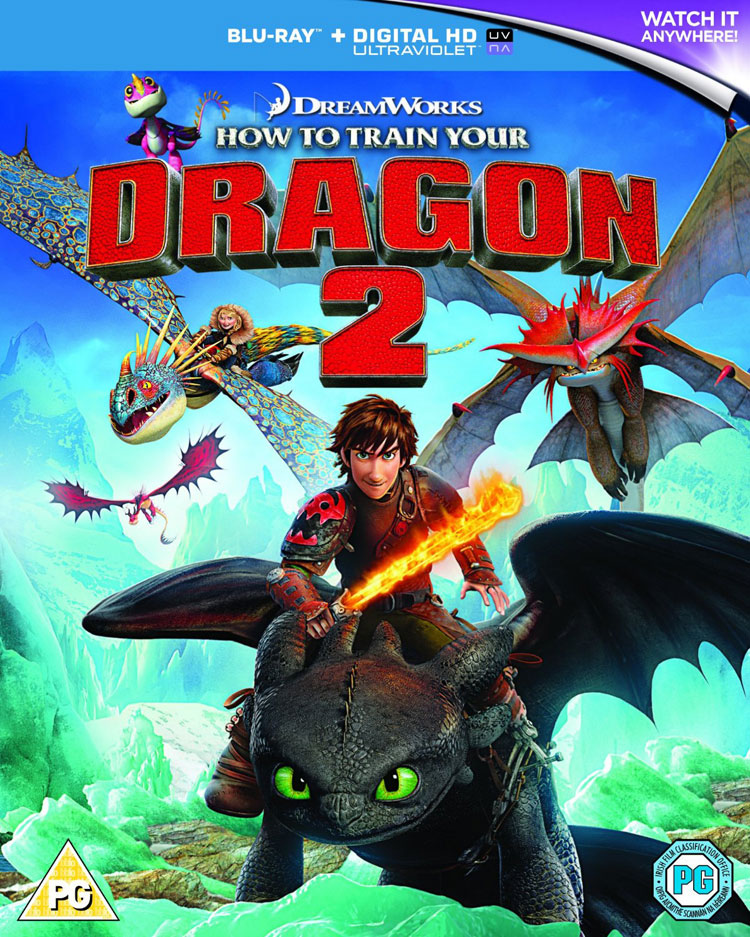 Most of DreamWorks Animation’s output has been okay but nothing particularly special. They hit on something good with Shrek (and I personally love Prince Of Egypt), but with How To Train Your Dragon it seemed like they’d suddenly stepped up a gear, with great storytelling, a massive scale and genuine heart. However after that nearly everything they’ve made – from Turbo to Mr. Peabody & Sherman – has gone back to being rather rubbish. However with How To Train Your Dragon 2 they’ve made what is probably their best film yet.

It’s several years on from the first film and Hiccup is now older and has led a major change on the Viking island of Berk, where rather than fighting dragons they now befriend and ride them. However not every Viking is as enlightened as they are, after finding an ice cave that’s home to hundreds of new, wild dragons, Hiccup and his friends discover they’re under threat from a man called Drago, who’s determined to rule the dragons by force and if he does that he believes he can control the people too.

Hiccup and his dragon, Toothless, realise they may be the only ones who can help, but he gets an even bigger surprise when he discovers the identity of a mysterious dragon thief. However the fight to protect the creatures may have repercussions Hiccup never expected.

It really is an immensely fun film, with plenty of wit, great characters and some excellent CGI used to create an immersive and cohesive world (something that’s been a bit of a problem with some other DreamWorks Animation stories). However what really pushes it up several notches is the sheer amount of heart it possesses. It’s a film that’s tied together with friendship, family and people learning the importance of the bonds that bind them. How To Train Your Dragon 2 also has an interesting take on family and the difficulties married people can have, even if they still love one another. That leads to a moving and very well-handled sequence that changes Hiccup’s life forever, and which definitely takes it cue from The Lion King in how it’s done.

Of course there’s also plenty of action and lots of magnificent swooping shots of dragons flying. Just on this score it’s a good film, but it’s the fact it really make your care about Hiccup, Toothless and his family that ensures this stand out. And the fact it puts a smile on your face and pulls at your heartstrings doesn’t hurt either.

The special features may also entertain the youngsters, as the majority of them take a closer look at things such as the different species of dragons, Drago’s fearsome war weapons and Hiccup’s inventions. And of course of Blu-ray the film looks at crisp and bright as you’d hope.

And on a sidenote, How To Train Your Dragon 2 should also be praised for having a hero with a disability (Hiccup only has one leg after the events of the first film), but the film never presents it as something to pity, or as something that could potentially stop him from achieving his goals. Indeed with his inventive brain he uses it to his advantage. The makers could easily have made Hiccups peg leg a metaphorical crutch to hang phoney sentiment one, but instead they just treat it as a fact of life, which is very unusual in this type of movie.

Overall Verdict: Many may love Shrek, but to my mind How To Train Your Dragon 2 is the best CGI film DreamWorks Animation has made to date. It looks great, has an involving story and huge amounts of heart that really makes you care about the characters (and their dragons).