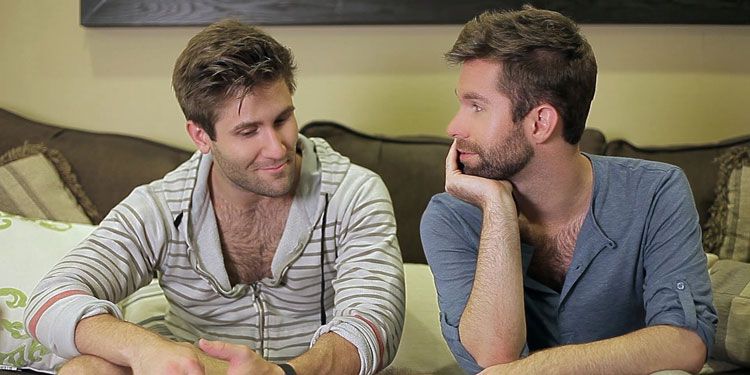 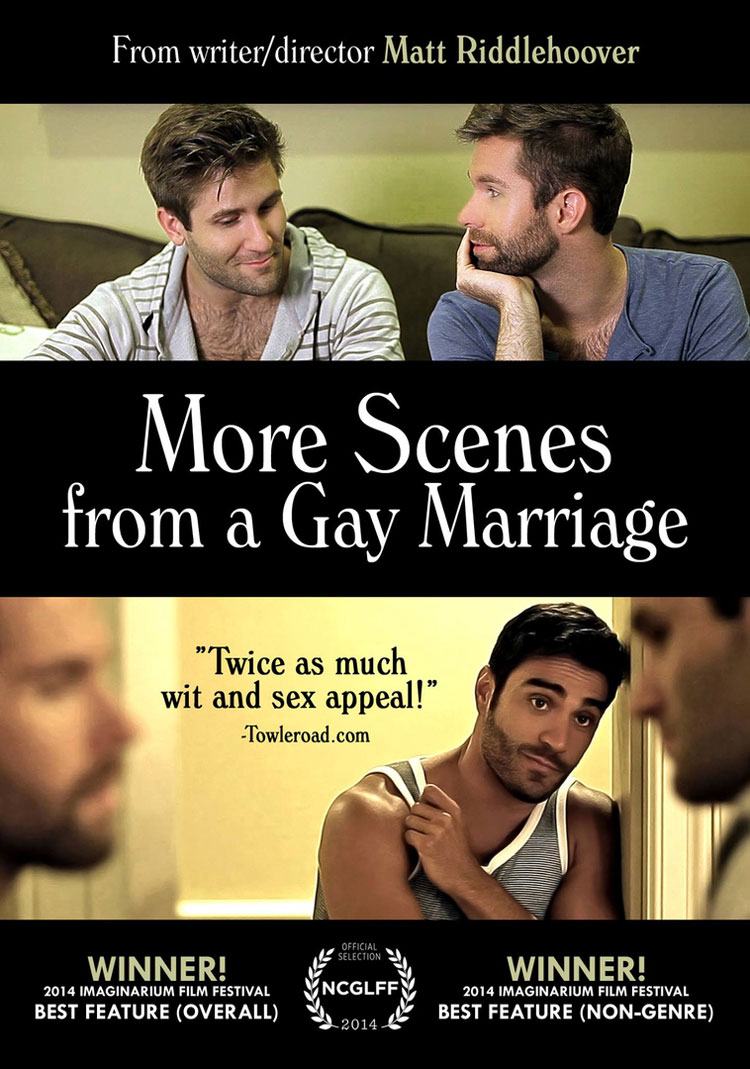 So much for happily ever after! But then, that’s part of what the movie is about – suggesting that quite often films give us a neatly packaged and unrealistic version of reality, and that real life is often more messy.

Since the first movie Darren And Joe’s courtship has been turned into a popular gay-themed movie. However in the on-screen version, several things have been altered, not least adding an air of sex through the entire thing and Joe’s wife killing herself. Watching the movie has made Darren and Joe take stock and during a meet-up with friends Luce (Thashana McQuiston) and Greg (Cliff Burr) they announce that they’re splitting up.

In order to help deal with the situation, Luce (who’s doesn’t take the news of the break-up well at all) and Darren decide to head off on a bit of a road trip. However while Darren has a story about what’s happened between him and Joe that he wants both himself and the world to believe, he has to come to accept that things aren’t quite as neat as that and perhaps it was both of their insecurities that are at fault.

Meanwhile back at home, Joe is left wondering whether Darren is really gone forever, and that as one of the things brought up during the split is that Darren has only slept with one man, he begins to contemplate whether he ought to change that.

Although some may be annoyed that Darren and Joe aren’t now living the perfect life after the first film, that would just show they didn’t really watch Scenes From A Gay Marriage properly. Like its predecessor, More Scenes is interested in the untidiness of life and how the experience of being a gay man often doesn’t quite live up to the expectation.

The film does a good job of realising what was best about the first film while toning down some of the more problematic issues. It is a more straightforwardly entertaining movie, having great fun with its gay film within a film – complete with Charlie David and Rett Terrell as Darren and Joe. Like the first film it keeps the critique of the hyper-sexual and rather dim world of much ‘mainstream’ gay entertainment, but it doesn’t feel as self-important about it this time around, which makes it all the more effective.

It also does a good job with the characters. Writer/director/star Matt Riddlehoover is extremely effective as a man having a bit of a crisis of confidence in both himself and his relationship. When someone writes their own part in a movie, there’s a tendency to make their character a blameless martyr, but thankfully Riddlehoover doesn’t do that, instead bringing some interesting complexities to the role. The whole idea of it being set after the break-up itself is a great idea, allowing it to be an interesting look at rationalisations, insecurities and both the power and difficulty of hindsight.

However it’s not just Riddlehoover’s show, as once more Jared Allman brings an understated directness to his performance as Darren, while More Scenes realises that in Thashana McQuiston it found a real firecracker of a sidekick in the first film, and so gives her an expanded part this time around, complete with her own relationship insecurities to deal with.

Overall Verdict: An entertaining follow-up which may actually be the better film. More Scenes certainly doesn’t believe in happily ever after, but in its look at a relationship on the point of breakdown, it does a great job of exploring how it is often personal insecurities as much as incompatibility that causes the problems.