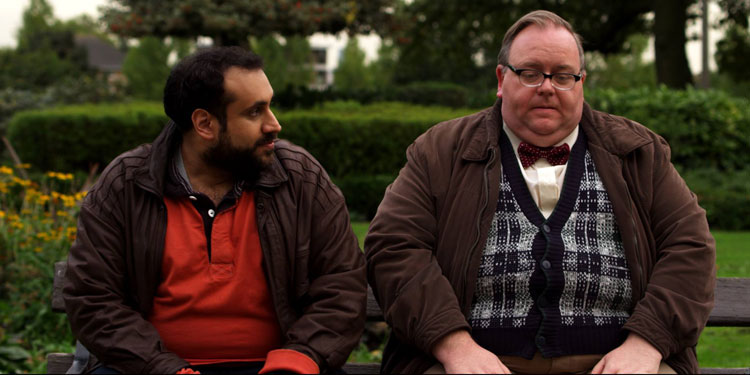 Shown as part of the Fragile Things grouping of short films at BFI Flare this year, Chance is the story of an unlikely love that develops between two very lovely differently-heartbroken individuals.

Clifford Hume’s portrayal of a man lost in a deep depression after the death of his wife is touching and absolutely spot-on: His daily struggles are shown in a tender yet unflinching light and Chance‘s minimal dialogue serves to underscore those feelings of hopelessness and isolation. Tight close-ups and beautifully framed wide shots in a park underline masterfully the loneliness and, later, the growing companionship the main characters find in one another.

Chance is a departure from the subject matter of Writer and Director Jake Graf’s earlier works, Brace and X Why, both of which focussed on Transgender issues, but is in no way diminished because of this. In fact, Graf brings passion, a masterful eye for detail and a Directorial confidence to Chance that, combined with outstanding performances and beautifully-pitched camerawork, tell a difficult story with real heart.

Overall Verdict: Easily a stand-out film at BFI Flare 2015, Chance is Jake Graf hitting his stride as a rising master filmmaker. Not to be missed.