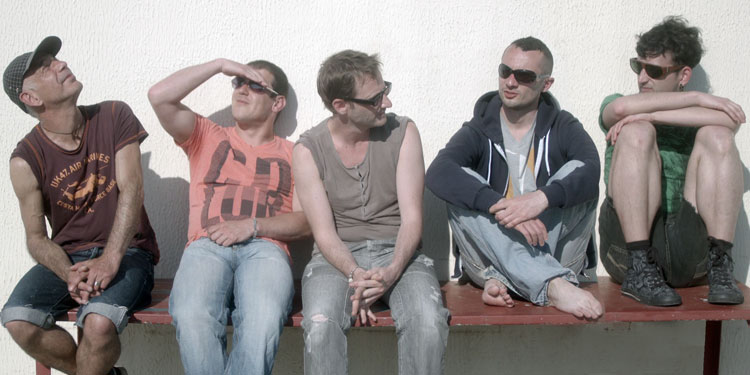 Vivant covers the week of training undergone by five HIV+ men leading up to their first solo parachute jump, and documents the development of unlikely friendships that develop between such a disparate group.

The Director’s decision to focus quite evenly between the interpersonal relationships of the five men and on the quite intense training for the parachute jump makes for an interesting mix. The training is obviously both physically and mentally demanding, and there are points when these men visibly struggle to assimilate all the information needed to make a successful jump.

As jump day gets closer and the group witness a near-catastrophic problem in the air, the audience shares in the very real feeling dawning on these men that they’re in a little more danger than they previously realised, and watching that realisation develop is compelling viewing.

The documentary itself slowly shifts to focus more on the friendships forming as the jump looms closer in the five men’s collective psyche.  As the relationships between the men evolve, some of the conversations are much more intimate and personal than you’d expect from a group of strangers.

The five men offer very different viewpoints on the relationships they have with significant others and sexual partners, all given context and colour through stories of their first loves, first kisses and some less-enjoyable situations they have found themselves in. Some of these stories can be quite hard to listen to, let alone difficult to tell, but their inclusion credits the director and the subjects equally, and allows for a much deeper understanding of the situation these men deal with on a daily basis.

Wide aerial shots are expertly interspersed with closeups, deftly drawing contrasts between the adrenaline rush of the jump and the quieter moments of introspection and intimacy. Beautifully told, these stories of loneliness and, conversely, fear of intimacy, offer unique and very personal insights.