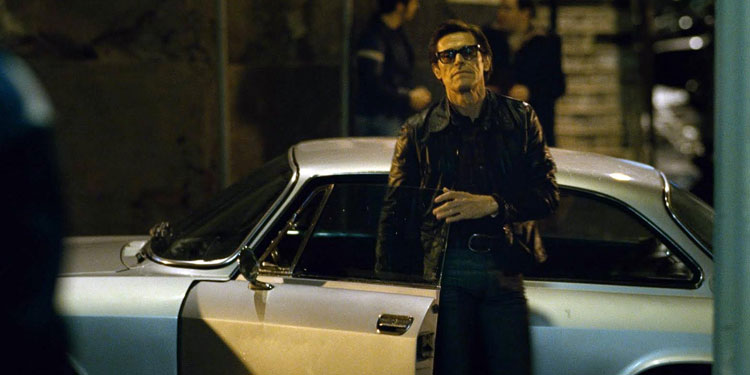 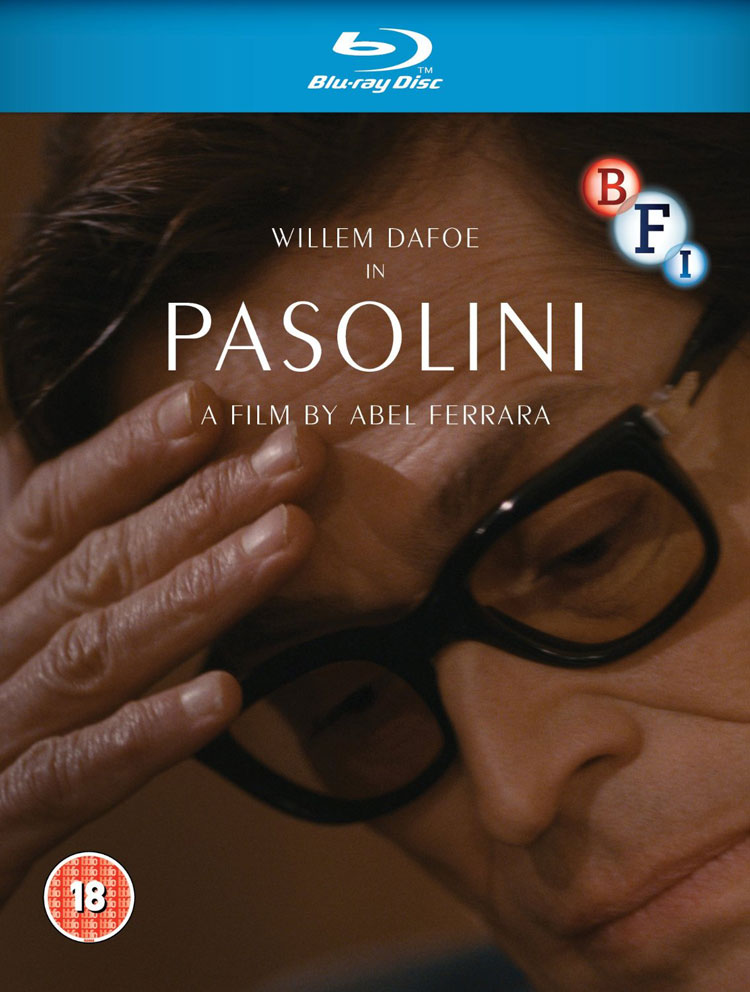 Pasolini was a true artistic polymath, distinguishing himself as a poet, writer, film director, political figure and cultural philosopher. His leftist politics made him a controversial figure to some, although many couldn’t see past the ‘shocking’ elements of his work – but as Pasolini puts it, “To scandalise is a right, to be scandalised is a pleasure”.

The film is set not long after Pasolini made Salo Or The 120 Days Of Sodom, his incredibly controversial anti-fascist take on one of the Marquis De Sade’s novels (Salo stayed banned in the UK until 2000), and Pasolini is in Rome putting together his new film. There isn’t a huge amount of plot, instead working almost like a mosaic, following Pasolini through his day, mixed in with memories of his past, moments from the film he’ll never get to make and exerts from letters and other things he’s been writing.

Much of it is based on the truth, with some of the dialogue taken straight from his interviews and writings, and it does make great efforts to show Pasolini as an artist, although it struggles with him more as a human being, beyond the fact he loves him mother and is ambivalent about his sexuality (his mixed feelings about anything carnal certainly comes through in his films).

It’s all leading towards his death, a murder where there is still controversy over exactly what happened, and indeed some people will take issue with how it’s depicted here, as it misses out some key known facts and is a mix of different takes on the killing. It largely presents it as being capricious and random (ignoring some people’s insistence he was assassinated by the Mafia, or others who objected to his ‘communist’ politics), focussing on him being the victim of cruel and unthinking homophobia. It’s brutal, nasty and shocking, and the film smartly mixes it with moments from the film he’s planning, which he’s promised will be about a more personal truth than his earlier work.

There’s a lot here that’s interesting, but it’s certainly not an easy film. Its attempts to create a portrait through moments and thoughts works better on an intellectual level than an emotional one. In fact, it’s sometimes a slightly distant film, but that’s kind of fitting, as Pasolini’s movies are sometimes rather cold. The problem though is that the mosaic occasionally loses track of the picture it’s attempting to create, so that it edges towards feeling a tiny bit haphazard and arbitrary.

It’s also difficult to escape the feeling that it’s barely scratching the surface of a truly fascinating figure, who was known to be gay throughout his career (due to an early, public arrest) but who rarely spoke about it, and who was a pivotal figure in the political foment of post-war Italy, where the extremes of the left wing and right wing fought with themselves and each other in often violent fashion, and where organised crime and political corruption were endemic.

Pasolini only gives you a vague taste of this, along with both the freedom and fear for gay people, and various other hints to who this man was and the world that he lived in. The movie is what it is, but it’s difficult not to feel it could have been a lot more.

Overall Verdict: Those who appreciate the director’s movies will get something from it – and there’s no doubt that the cinematography is extremely good – but it’s more a brief sojourn into Pasolini’s life than something that will give you true insight.