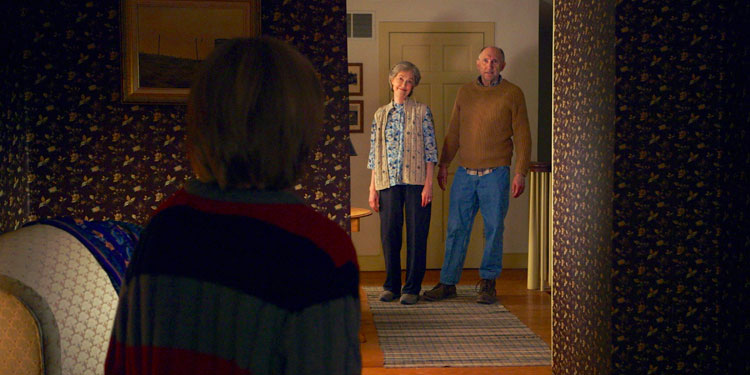 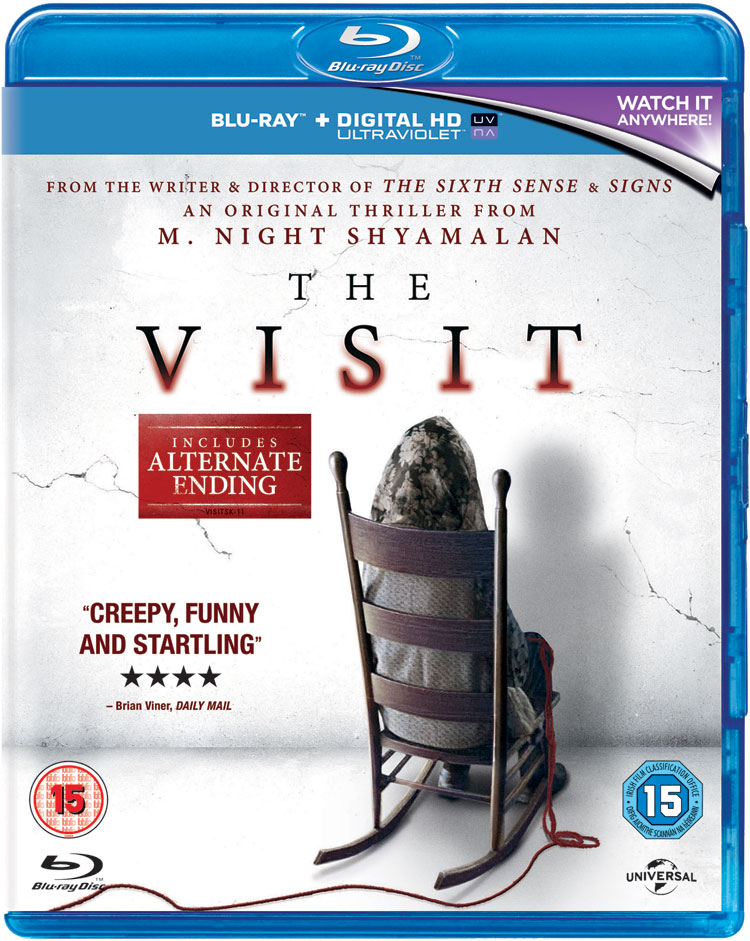 After a strong start with the likes of The Sixth Sense, M. Night Shyamalan has certainly had an up and down career. With his latest, The Visit, he’s stripped things back to the basics, with a relatively little known cast, low budget and ‘found footage’ premise. However, this being Shyamalan he still has a go at trying to surprise the audience and keep them guessing.

In order for their mother to be able to get away for a much needed break, Becca and her little brother Tyler are sent off to stay with their grandparents for a week – despite the fact they’ve been estranged from their daughter for many years. Becca is an aspiring filmmaker and so plans to document the entire trip on her camera, hopefully finding out what happened between her mother and grandparents along the way.

Initially it seems like it’s going to be a nice trip, as Nana and Pop Pop seem extremely happy to have them visit. However, there are some strange rules, such as having to go to bed and stay there after 9.30pm. They also begin to see Nana and Pop Pop exhibiting strange, bizarre behaviour, which the aging man and woman try to explain away as the effects of old age and encroaching dementia. However, as the week goes on, the kids become increasingly convinced something very strange is going on and that it could be dangerous.

The Visit is the sort of movie that keeps your attention while you’re watching it, but as soon as it’s finished you realise you’d better stop thinking, as otherwise you’ll realise that large chunks of it don’t make any sense. Some have said this is a Shyamalan movie without a twist, but that’s not strictly true, as it spends the majority of the movie hinting that the final revelation of what’s going on is heading in a certain direction, but then goes a different way. The result though is that many of the earlier hints become illogical in the face of what we’re told the truth is.

There’s also the constant nagging feeling that the premise doesn’t quite hold up, unless the mother is a pretty bad parent. Indeed, it’s something that has been true of many Shyamalan movies, that while he tries to make what he shows you work, if you start thinking about what must have happened by necessity in between times, it doesn’t really work. It doesn’t help either that it never seems plausible that this is being filmed by a teenage girl, unless she’s secretly been having an awful lot of lessons in framing, cinematography and being able to hold a camera rock steady.

The Visit is okay and there are a few good jump moments and creepy sequences, but it’s central idea isn’t as interesting as it might have been, and the ending is somewhat troubling and rather politically incorrect when you start thinking about it. Ultimately though, despite having Shyamalan behind the camera, it’s not that different to hundreds of other low budget horror movies that normally go straight to DVD.

Overall Verdict: Not the renaissance of M. Night Shyamalan, but a watchable effort that doesn’t do an awful lot to distinguish itself from the massed horror ranks.