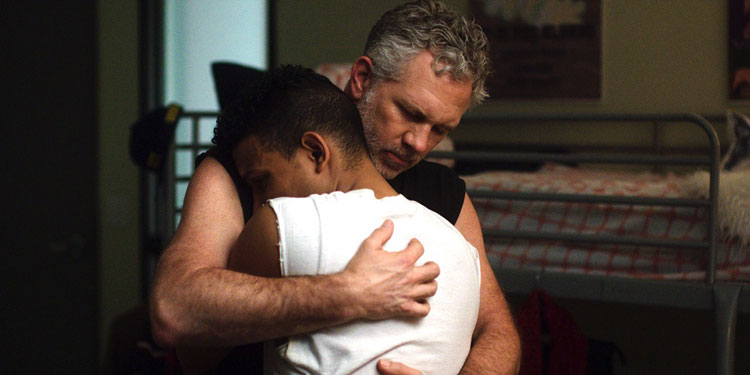 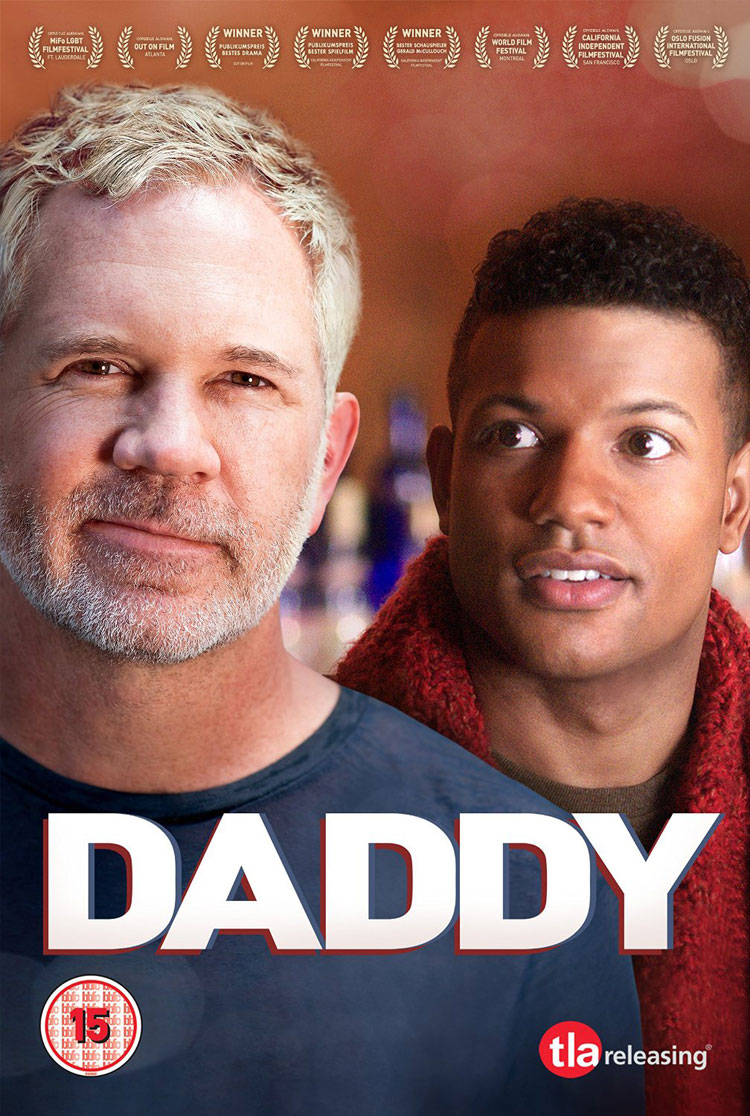 Colin is a good-looking middle-aged man who has little difficulty picking up younger guys. He’s also got a great job in TV and a devoted best friend, Stew (Dan Via), although he’s starting to think perhaps he’s missing out due to his lack of a long-term relationship. Then into his life comes young intern Tee (Jaime Cepero), who seems incredibly excited to be working alongside Colin.

Tee and Colin soon take things to the next level, with Colin falling for the younger man and the two of them embarking on a relationship. However, this change starts to put a strain on his friendship with Stew, who isn’t certain about Tee. Then, when the truth is revealed about the intern, all hell breaks loose in everyone’s lives.

Initially with Daddy you could be forgiven for thinking you know exactly where the movie is going – a May-December romance where people question the age difference, the men in the relationship question it themselves, friendships are tested and then true love wins out in the end. For the first hour it moves in that direction in an entertaining and amiable fashion, as a middle-aged man takes stock of his life and thinks he’s found something new and worthwhile.

However, then everything takes a sharp left turn in a way that will be a complete surprise to many people and result in a, ‘Holy crap, did they really just do that?’ moment – quite possibly followed by an ‘Ew’ moment. It’s certainly a brave move, as it has the potential to overwhelm everything else and make the whole film a little icky, to the point that few other movies would have touched it. Admittedly, some viewers won’t quite get over it and feel the whole thing leaves a nasty taste, but others will applaud it for being surprisingly brave.

The film’s left turn does mean Daddy has a bit of a tightrope walk to act in its final third, as it needs to deal with the repercussions of what’s happened, but knows that dwelling on it too much will turn a lot of people off and cast a shadow over any sort of resolution it tries to bring. As a result it slightly ignores some issues and concentrates on how the characters are moving on rather than what’s actually happened, as well as shifting the focus to Colin and Stew and the fallout for their friendship, which finds itself under a somewhat unique strain.

Oddly, while its pivotal moment will have many doing a mental wince, surrounding that Daddy is an oddly sweet and endearing movie about middle-aged gay men taking stock of where they are in life. Colin and Stew have a friendship that has lasted decades, even if they’re both jokingly convinced it doesn’t involve them sharing their real, deep emotions, but they’re going to have to reassess that if their friendship is to survive.

As mentioned, some won’t get past the midway revelation, but those that do will appreciate a well-made and otherwise rather charming movie.

Overall Verdict: Not many gay movies have had genuinely surprising moments, but Daddy does (even if it crosses your mind earlier in the film that might be where it’s headed, you’re likely to dismiss the idea a movie like this would go there). It certainly helps make it memorable, and thankfully the rest of the movie is entertaining too.