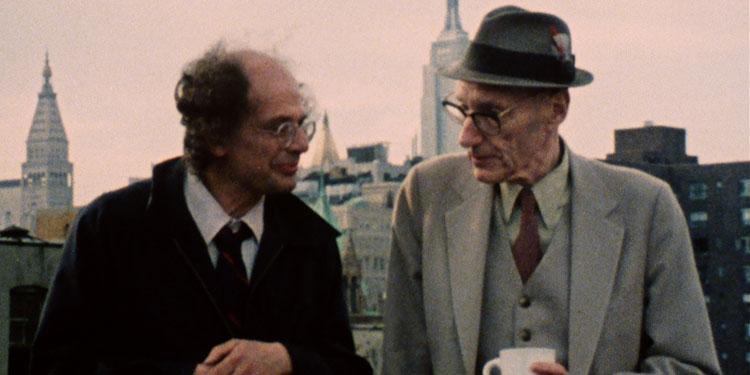 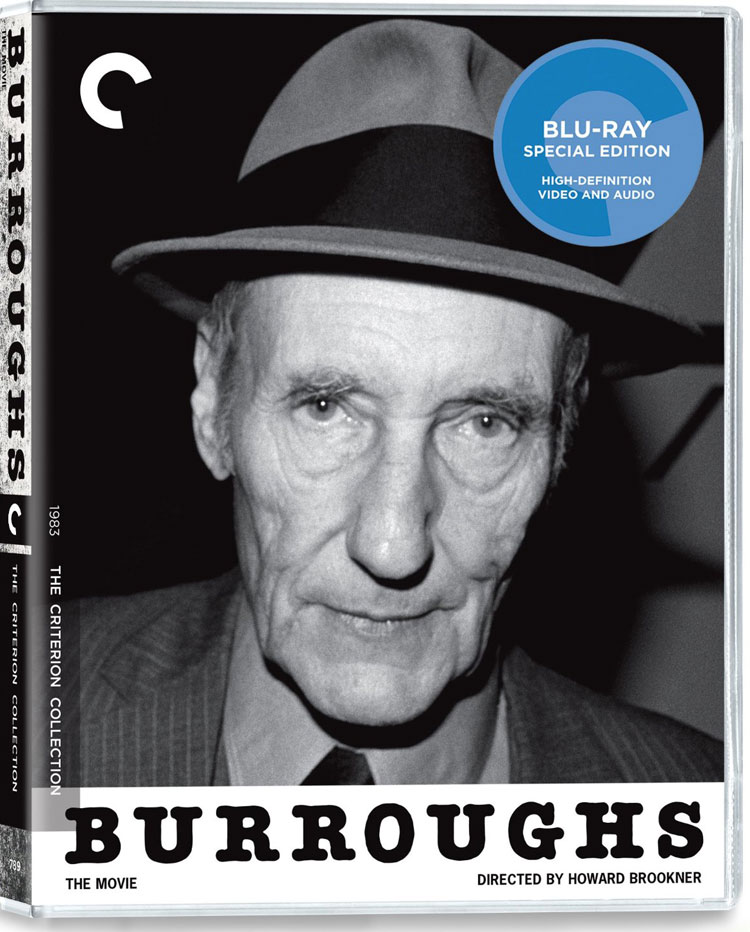 Jim Jarmusch (Dead Man, Only Lovers Left Alive) recorded the sound, while it was shot by Tom DiCillo (Johnny Suede, Delirious). The director was Howard Brookner, who made Burroughs and another biographical documentary, Robert Wilson and the Civil Wars, and then made his fiction film debut with Bloodhounds of Broadway, before tragically dying of AIDS in 1989. If he hadn’t passed away, it’s likely he’d have gone on to great things.

That’s the thing about William S Burroughs though. As great a writer as he was, arguably as important were his interactions with those around him. He wasn’t really a Beat writer, but without him the Beat Generation wouldn’t have been the same. Even with this documentary made towards the end of his life, he’s almost accidentally surrounded himself with a group of students who will go on to be at the centre of independent film. He can’t really be considered a mentor to any of the many great people who were around him over the years, but he certainly had a profound effect – not least that many of Beat writers said Burroughs accidentally shooting his wife Joan in the head while drunk was one of the seminal moments that made them the writers they were.

Burroughs: The Movie follows the aging writer around, as he recounts his life (including the infamous incident with Joan) and work, and also shows how by the late 1970s/early 1980s he had gone from counterculture guru who many thought was obscene, towards becoming an elder statesman of letters. It also looks at his difficult relationship with his son, who died while the film was being made after a battle with drugs and alcohol, Burroughs own issues with drugs (although he still liked to drink, as in a few scenes he’s obviously sloshed), and his sexuality.

While Burroughs had been married and had a child, for most of his public life he identified as gay (he even wrote a book called Queer in the early 50s, although it wasn’t published until 1985). Initially it feels the film might skirt around this side of his life in a slightly coy manner, but it eventually begins to address it more, which perhaps isn’t too surprising considering the director was gay too. Indeed, there’s an interesting sequence where a drunk and feisty Burroughs is advocating armed struggle to give gays their rights, in a rather ‘I’m mad as hell and I’m not gonna take it anymore’ fashion. It’s difficult not to wonder whether the makers would have liked to make this aspect of the film more prominent – as it is a key part of the Burroughs mystique – but as it was initially put together to be shown on the BBC in 1983, they had to slightly hold back.

The film is a bit of a melting pot, much like Burroughs’ life. It dips in and out, showing us a little of who he is, his friends and family, and where he came from. There’s his brother, who disapproves of Naked Lunch and has never read the whole thing, partly because he can’t get over the bad language. Allen Ginsberg is often on hand to talk about Burroughs, while the likes of Francis Bacon and Lucien Carr show up too. There’s a little about how he writes, although the film is more interested in who he is. Indeed, one of the most interesting aspects is how it shows the unguarded moments of his life, the sense of fun and mischief, and the conversations that help him and other artists explore and challenge their thoughts. It’s worth remembering, of course, that while Burroughs’ influence and effect on the Beat writers is often noted, without the likes of Ginsberg, it’s unlikely Burroughs would have started writing at all.

There is perhaps a small sense that the film should have a ‘for fans only’ sticker on it, as it’s not the sort of full biographical documentary that those who don’t know Burroughs’ writing will be able to fully appreciate. However, those interested in Burroughs and those around him, will find the whole thing pretty fascinating.

As this is a Criterion disc, the restored print looks great on Blu-ray and it comes with some really good extras. That includes a selection of outtakes and an alternative 30 minute cut of the film, which gives a far stranger, more experimental take on the material (it’s the sort of thing you could imagine playing in a modern art museum). There’s also a New York Film Festival Q&A with Jarmusch, DiCillo, Burroughs’ heir James Grauerholz and Howard Brookner’s nephew, Aaron, as well as a featurette about the rediscovery of the film, Howard’s life and the restoration.

The latter two are particularly worthwhile and sometimes oddly moving. The work around Burroughs: The Movie and its restorationhas been largely filmmaker Aaron Brookner’s tribute to his uncle, who he seems keen to ensure isn’t forgotten and that the world is reminded of what a talent it lost. In fact, there’s an entire feature-length documentary Aaron’s has made about Howard, as well as the rediscovery of his archive in William S. Burroughs’ bunker, called Uncle Howard, which is currently screening at festivals.

The features here give a taste of that story and it’s certainly an interesting one.

Overall Verdict: Burroughs: The Movie is a fascinating and unguarded look at one of the most influential writers of the 20th Century, as well as a testament to the time it was made and a fitting elegy for the man who made it.