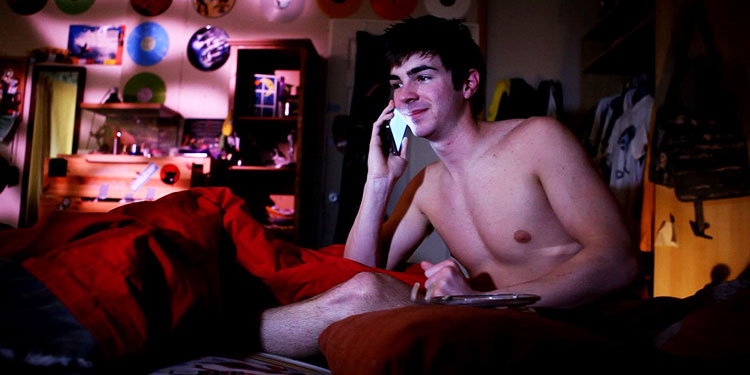 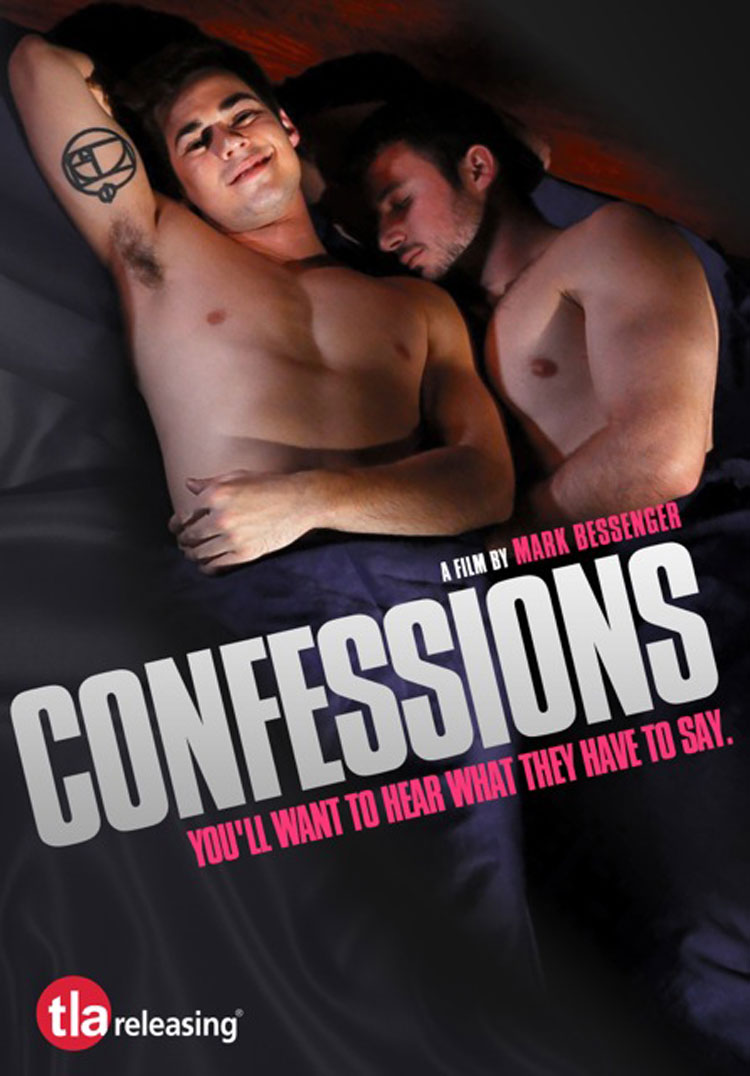 There’s a young man who has to find the bravery to tell his parents that he’s a puppet, despite the fact they think that puppets are disgusting and abnormal. We have a man who appears to have kidnapped someone and is holding him in his basement, who slowly undresses as he reveals what is going on and why. In another, a hot young guys talk about what he’s really looking for as he lies in the arms of another man just after the throes of passion have ended. And in perhaps the most interesting of all the vignettes, a man slowly shaves off his beard, with each look he tries on a new persona that allows him to explore the fact that despite being with a woman, he has strong desires for men.

As you would expect from this kind of conceit, some of the scenes work far better than others, but it certainly never gets dull. As it cycles through genres and styles from comedy to horror, Confessions shows off the variety possible from giving a gay man a monologue, whether it’s someone trying to work out where things went wrong with their relationship, or a man talking to us while an orgy goes on in the background. It’s also an interesting way to do what cinema often has difficulty with – showing us what is going inside a character’s mind. Confessions gives us direct access to what the various people are thinking and feeling. Sometimes it’s a tiny bit too on the nose or a little meandering, but mostly it holds the audience’s interest and gets them thinking.

There are also a few recognisable faces – particularly if you’re a gay film fan – such as former porn star and The Lair actor Dylan Vox, Shortbus’ Peter Stickles, The Seminarian and Last Straight Man’s Mark Cirillo, and The Love Patient and Men Next Door’s Benjamin Lutz, while singer/actor Tom Goss shows up to sing his contribution. However, acting honours have to go to Vincent Cusimano as the man shaving off his beard, who has to play multiple personas and accents to get across the various realities inside his mind. It’s a pretty smart and well-written piece that you could imagine going down well at a film festival on its own.

With a few rather hot sex scenes, some good looking guys and a couple of good laughs, the positive certainly outweighs the negative in Confessions. It’s not a fully successful experiment as a couple of the vignettes fall flat and miss their mark, but over it’s certainly a stimulating and very watchable piece. It’ll be interesting to see what Mark Bessenger comes up with next.

Overall Verdict: It may not be a traditional type of movie, but this series of 10 gay-themed confession vignettes does more right than it does wrong. Some of the ‘shorts’ may not really work, but there are a couple of excellent ones and most of the others will certainly hold your attention – and not just because of the sex.