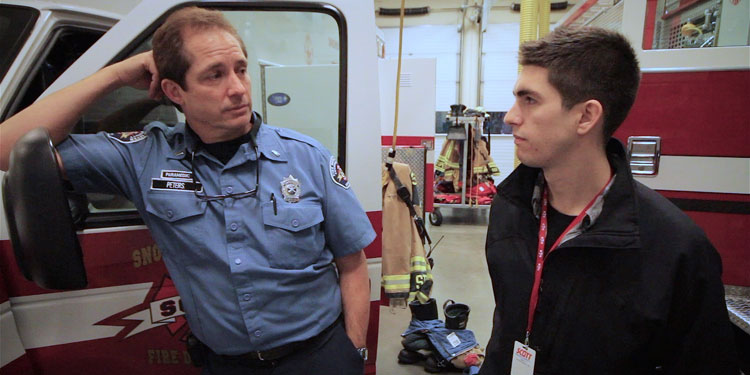 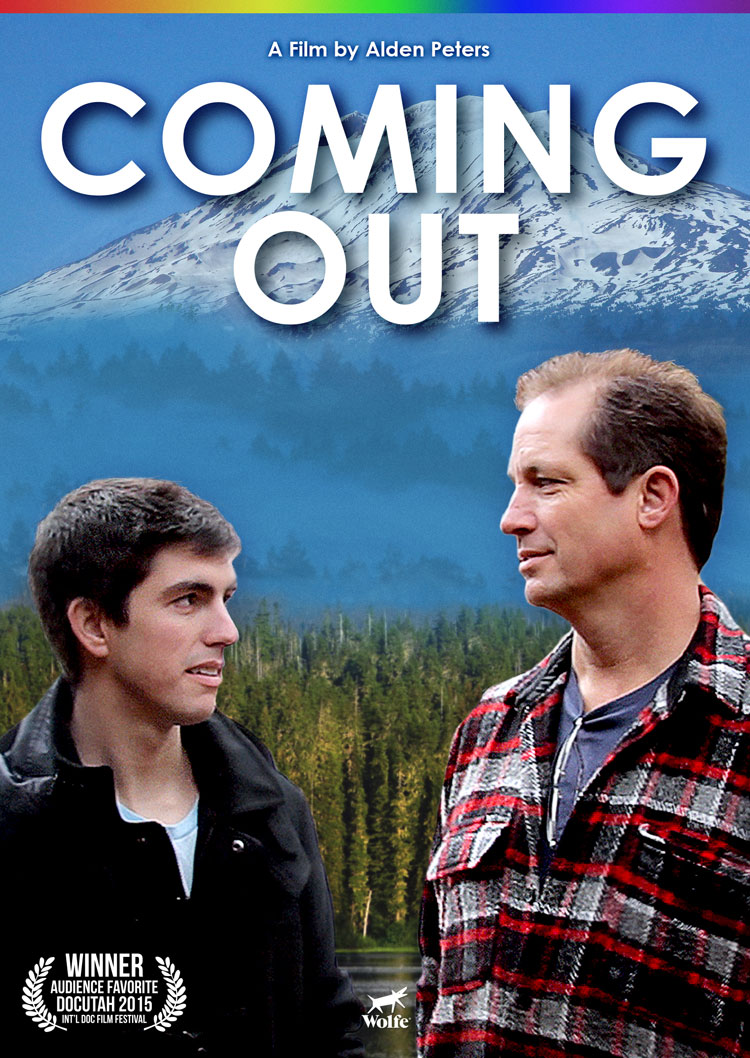 It’s rare for me to get scared, even by a horror movie, but the documentary Coming Out made me nervous. That’s not because it’s deliberately trying to creep anyone out, but because many gay viewers will be taken back to the fear and trepidation of their own initial coming out process.

In the film, young filmmaker Alden Peters decides it’s time to come out as gay after being affected by the suicide of Tyler Clementi, a young man who killed himself after his roommate secretly filmed him having sex with a guy and then posted it online. Rather unusually, Alden decides to get out his camera and document the entire thing. That involves telling friends, parents and siblings, as well as the wider diaspora of those he knows, while filming everything as he goes. He then goes on to look at what happens next, coming to realise that telling others is only the first part of truly becoming comfortable with being a gay man.

It’s a great little documentary – a mix of hope, positivity and optimism, but with the knowledge that coming out doesn’t always go well for everyone. Coming Out is also extremely good at showing that even if things go pretty well, in the moment telling those close to you that you’re gay can be terrifying and full of uncertainty, not knowing how people will react or whether it will change how they think of you in a fundamental way.

Thankfully Alden does the whole thing with a refreshing honesty, such as admitting that part of the reason for making the documentary is that it’s almost a way to force himself to actually tell everyone, and also that he’s still not sure how, and if, he fits into a wider gay community. Those who haven’t come out yet should find it affirming that they’re not the only one who feels the way Alden does, with the young filmmaker unpacking how being young and gay can be lonely, as well as foisting a lot of internalised homophobia on you.

It’s also a fascinating and almost nostalgic watch for those who are already out. When you first come out it’s such a personal experience, often feeling like you’re totally alone and separate from the rest of the world. Coming Out manages to tap into that experience, while also showing that many others have felt the same way. Indeed, it’s interesting that while some older gay people may like to think young people nowadays have it easy and that coming out for them is a walk in the park, the documentary underlines that many of the same thoughts and feelings that have been around for decades are still prevalent and very real, and that it can still be a difficult and scary thing to do.

Coming Out does however show that some things have changed, such as the impact of the digital world. The documentary includes footage of teens coming out online and talking about their personal journeys in vlogs, as well as discussing how the internet has created a virtual community and sense of connection for many, but that it is still disconnected from young gay people’s relationships in the real world. For many, one of the most intriguing things will be seeing how nervous Alden is about revealing his sexuality on Facebook, almost to the point where he seems more uncertain about that than telling his parents. In some ways though it makes sense, as while you can attempt some sense of control (even if illusory) when coming out one-on-one, it’s more difficult to feel control about what happens when that information gets out into the wild.

Click here to watch the trailer for Coming Out

Alden also includes some interesting interviews, including the likes of Janet Mock, fellow young people who are already out and academics who’ve studied the coming out process. It all adds up to an interesting, sometimes moving, intelligent and involving film, which is surprisingly well-made and insightful from such a young filmmaker.

Overall Verdict: Whether you’re yet to come out or looking back on your own experience of telling people you were gay, Coming Out is a smart, very personal and yet surprisingly universal look at the process. It’s rare to be taken into another person’s coming out in such an immediate way, with all the key moments caught live on film. It manages to be very affirming and yet aware that for some Coming Out may not have a completely happy ending.