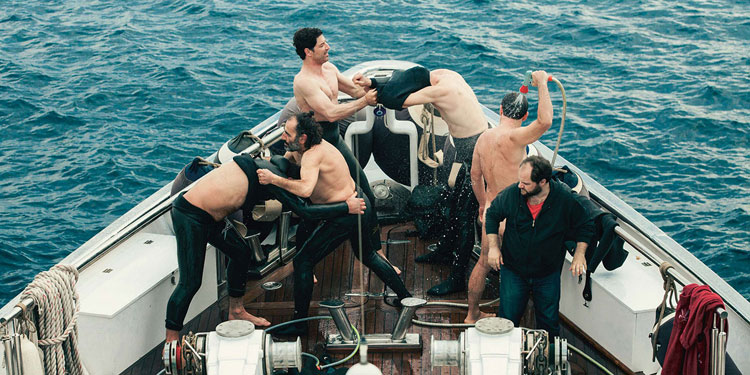 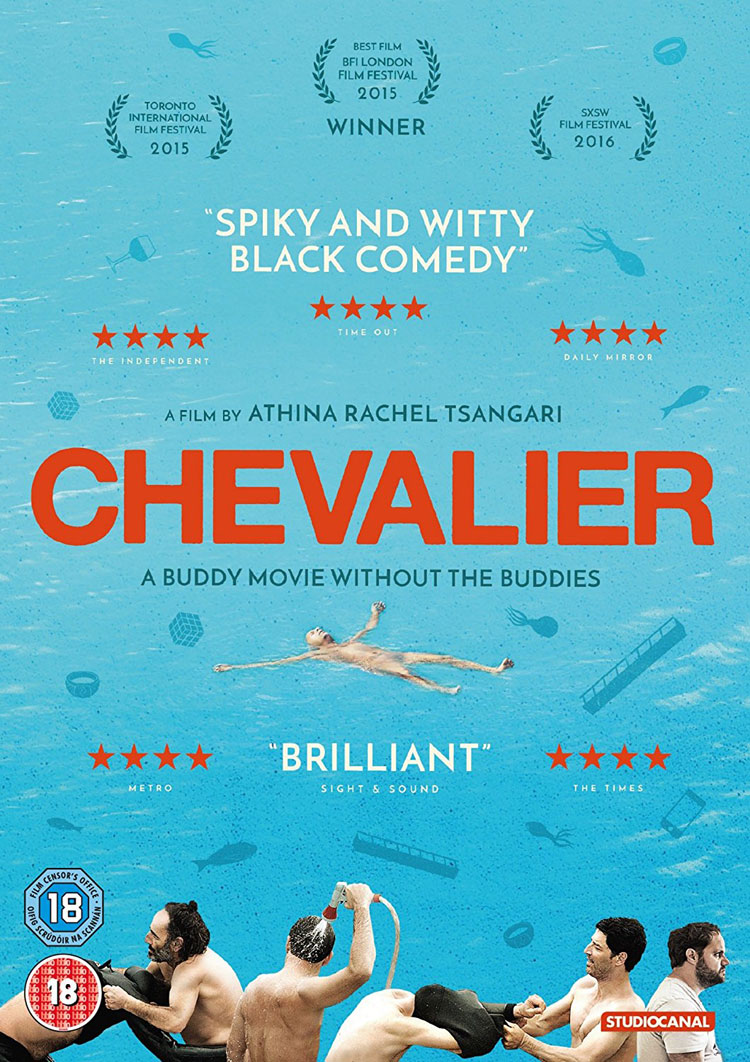 A group of men are out on the Aegean Sea on a luxury yacht for a fishing trip. Fed up with the games they usually play, they decide to take things up a notch by holding a contest to decide who is the best of them in general. Absolutely everything can be judged, from their ability to build flatpack furniture and their fitness, to how nice their underwear is and whether they can get an erection. The winner will be the Chevalier, and get a small ring to show it.

Inevitably, the men’s egos get involved and as each competes to the best, they begin to take things to the extreme and find any and every flaw they can about the others. With their pride on the line, things start taking increasingly absurd turns in ways that could tear their friendships apart.

Co-written by Efthymis Filippou, the screenwriter behind Alps, Dogtooth and The Lobster, Chevalier is the latest in what some have termed the Greek Weird Wave – although to be honest it’s less a wave than the work of Filippou. However, while some of his earlier work, particularly Dogtooth, is very smart and takes you ever further down the rabbit hole, Chevalier doesn’t really take the viewer all that far.

There’s plenty of humour and some very funny moments, but what the film has to say about masculinity, pride and ego is outlined in the first 15 minutes, and it doesn’t have a vast amount more to say than that, despite running for another 85 minutes. There is pleasure to be gained from watching the competition pan out, with each man vying to be the best, and often just attempting to hide their flaws, but what could have been a fascinating and hilarious look into masculinity and ego, is instead just amusing and doesn’t do too much you wouldn’t expect.

It might help if most of the men didn’t spend much of their time being obnoxious, and not in a particularly empathetic way. It makes it harder to get involved in what they’re doing, or why they all have a need to feel superior. Although there are occasional flashes of vulnerability and genuine friendship between the men, a lot of the time it’s difficult to know why they would get together in the first place, as nobody actually seems to like anyone else all that much, despite saying they do.

Chevalier has gained quite a lot of kudos on the indie film circuit, but for me it’s a good idea that isn’t all it might have been as a movie.

Overall Verdict: There are a couple of good laughs and many will enjoy the increasing ridiculousness of the men’s competition, but others, including myself, will find the whole thing a little flat.