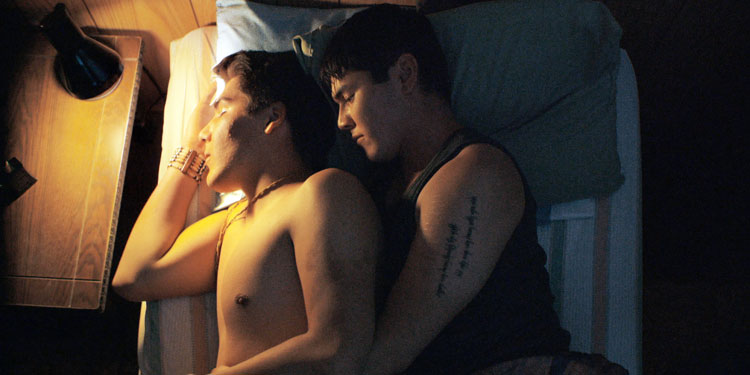 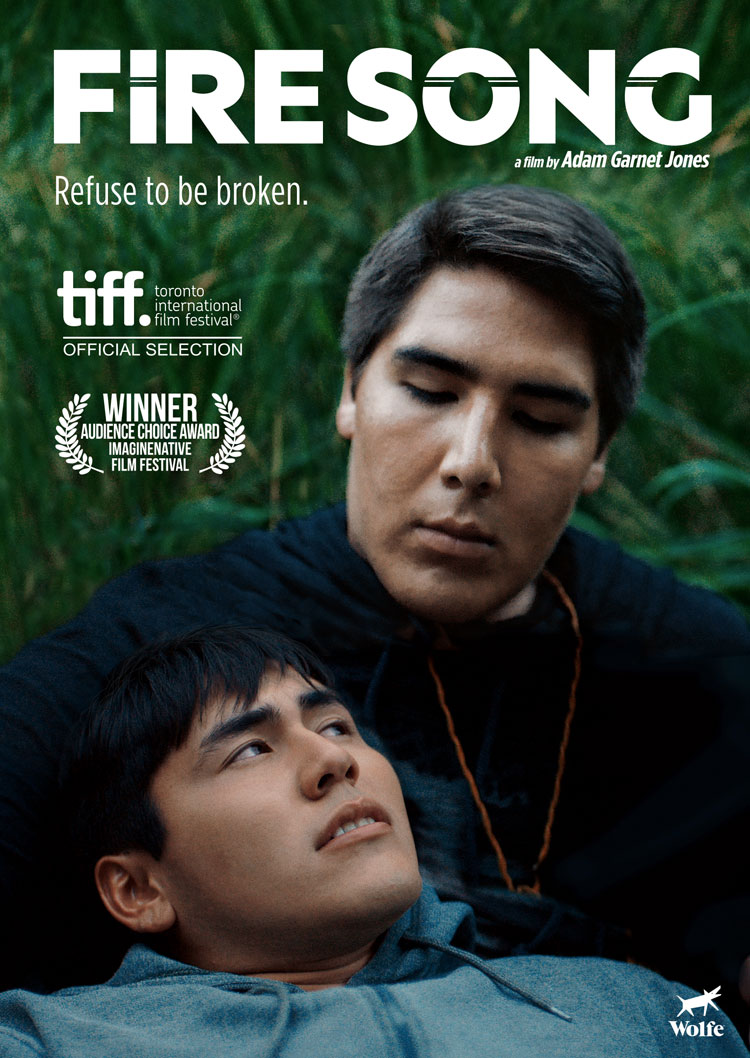 The movie follows Anishnaabe youth Shane (Andrew Martin), who’s nearing the end of high school and hoping to escape the dead-end community he grew up in and head to university in the big city. However, his sister recently committed suicide, leaving him with an almost catatonic mother who he needs to support. While he has a girlfriend, he’s also been seeing David, the closeted grandson of a tribal elder, with both of them knowing that ‘two-spirited’ people aren’t always accepted.

Shane feels that perhaps they could have a life together in the city, but David feels the tug of responsibility to tradition keeping him in a place that offers few opportunities. It’s also becoming an increasing problem for Shane, who not only has a mother to look after, but may have to give up the money saved for his education to ensure she keeps her house. In the hope of making some more cash, he gets involved in drug dealing. Then, when things take a darker turn, Shane’s possibilities may become even more limited.

It would be easy to look at Fire Song from the outside and presume it was giving an over the top, rather melodramatic look at life for young First Nations people, especially in terms of suicide and self-harm. However, suicide is the leading cause of death of First Nations youth – two people killed themselves on the reservation while they were making the film – and the razor scars on Andrew Martin’s upper arms are testament to the effects of self-harm. In that context, the whole thing takes on a different and more disturbing hue, as it explores just why so many people would feel there is nothing for them in life.

Poverty, no jobs, alcoholism, drug use, sexual exploitation and lack of opportunity conspire to trap people inside their community, while offering them little hope for anything better. Fire Song does a good job of exploring that world, giving a convincing look at people striving for something more in a place determined not to give it to them. Amongst that they’re trying to respect their traditions and ancient culture, something the modern world makes increasingly difficult for them.

Despite some of the cast having relatively little experience, most of them put in good performances, particularly Andrew Martin as Shane, who is great as the young man trying to escape the reservation and figure out how to handle his sexuality. He’s backed by good turns from Harley Legarde as his boyfriend, David, and especially Jennifer Podemski as Shane’s mother, Jackie, who is haunting as a women paralysed by grief very slowly starting to come out of the other side.

Mixing romance and sweetness with some very dark moments, Fire Song is a powerful and often moving film. There are a few moments though where it goes a little far and uses the filmmaking equivalent of a sledgehammer to crack a nut. You could also argue that by concentrating on desperation and tragedy it misses the broader context of both the ultimate causes of the issues it looks at, as well as a swath of more positive aspects of Aboriginal Canadian life. However, it’s a film that’s riven through with anger – that these are the types of situations faced by young First Nations people, that the legacy of racist colonialism has largely been pushed to one corner by the rest of Canada and ignored, and that in a modern, industrialised country, something that would be seen as a major emergency in most communities is getting comparatively little help.

For my money, this is a really good film, giving insight into a relatively little seen world in a way that may have anger, but tempers that with compassion, love and an unexpected sweetness. Anchored by an appealing romance between two young men living with massive pressures upon them, it’s difficult not to empathise and hope that somehow they can find peace and happiness.

Overall Verdict: An impressive debut from Adam Garnet Jones, mixing romance and longing for something more, with some very dark and challenging themes, made stronger by its respect for the truth of the lives of young First Nations people.