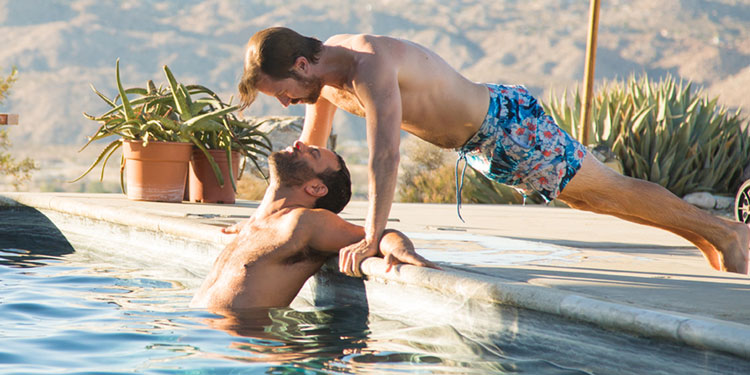 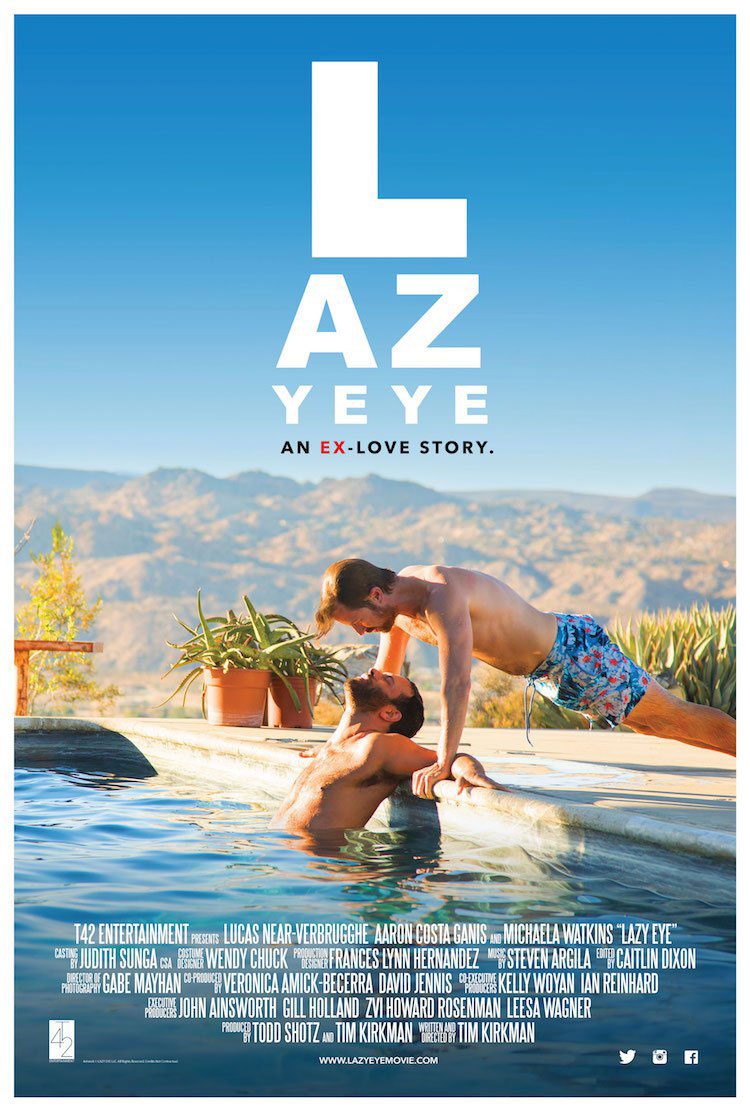 By all rights, Lazy Eye should be a dull film. The vast majority of it is just two men by themselves, chatting about things. However, thanks to some good performances and a thoughtful take on aging, love and life, it’s far more interesting than you might expect.

Dean (Lucas Near-Verbrugghe) is a graphic designer working in film in Los Angeles. He gets an unexpected message from Alex (Aaron Costa Ganis), the lover who disappeared from his life 15 years before. They arrange to meet up at Dean’s isolated second home near Joshua Tree, where passions almost instantly re-ignite – indeed for Dean they’ve reignited even before Alex shows up.

However, while they initially manage to fall back into an easy world of contentment, sex and companionship, soon questions start to emerge. Dean doesn’t know why Alex suddenly left more than a decade before, and he’s also kept aspects of the changes in his own life from his former lover. For both of them their earlier relationship is the one they compare all others too, but they must work out whether it’s something with a future, or whether their reconnection is more about trying to ignore the current issues of their own lives.

For about 90% of Lazy Eye, it’s just the two main characters on the screen, and it’s not a movie with an awful lot of action. While they go to various locations, mostly it’s just them talking, discussing their lives, loves, the changes that have happened to them with age, what their relationship meant and what it means now. By all rights that should come across as dull, affected and overly pleased with itself. However, it’s actually surprisingly watchable and interesting.

That’s partly thanks to the issues its covers, taking us into Dean and Alex’s past through flashbacks, then comparing it to who they are now as secrets are revealed, and they try to figure out why they’re back together. It’s particularly interested in aging, comparing who people are in their early 20s to who they are in their late-30s, when the idealism and radicalism of youth have given way to pragmatism and a rationalisation of where they’ve ended up. For both of them, their past relationship has become the idealisation of a simpler, more hopeful time, which seems enticing to retreat into rather than dealing with where they’ve ended up.

With a couple of pretty sexy sequences, two good-looking men and a genuine wistfulness for youth, tempered by a hope for what life can be as you get a bit older, Lazy Eye is better than it perhaps has a right to be. Some have suggested Lazy Eye is a gay version of Richard Linklater’s Before… films, and you can certainly understand the comparisons with its limited cast and 48-hour timeframe. It’s not quite as good as Linklater’s movies, but it’s still a pretty good film.

Overall Verdict: Some may find the lack of action dull, but those happy to involve themselves in a film interested in conversation and unpacking ideas about love, aging, happiness and being gay as you get a little older, will find plenty to engage with.