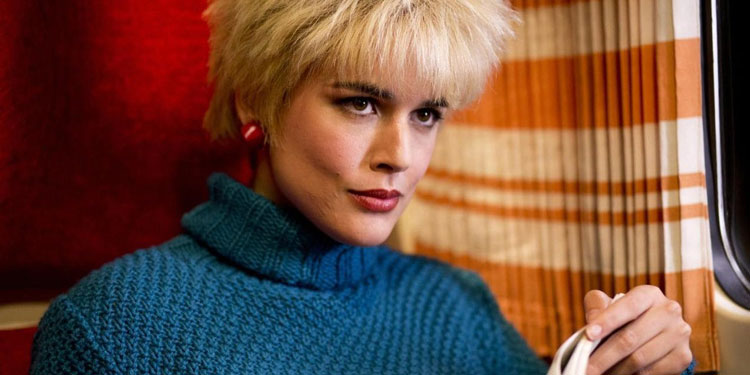 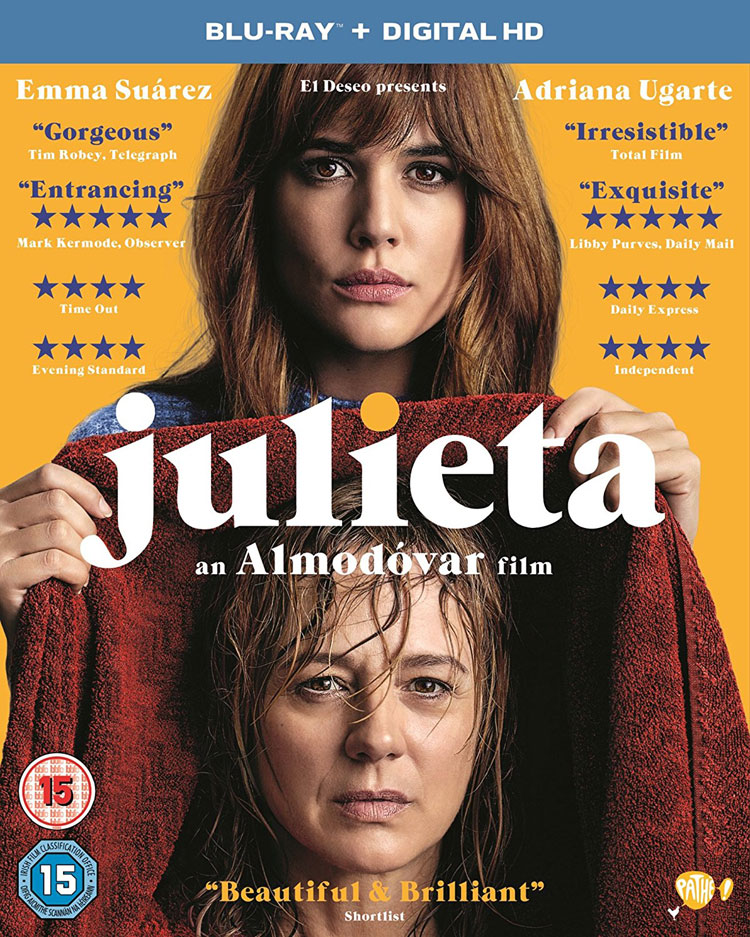 The latest from Spanish auteur Pedro Almodovar follows Julieta (Emma Suarez), a middle-aged woman contemplating leaving Madrid and going to live in Portugal with her boyfriend Lorenzo (Darío Grandinetti). A chance encounter with a childhood friend of her daughter who informs her that her estranged child is now living in Switzerland and has three children, causes Julieta to rethink her plan to leave Madrid, in case her child ever wants to contact her again.

The film then takes us back to a young Julieta (Adriana Ugarte), a woman just starting out in life, who meets Galician fisherman Xoan (Daniel Grao) on a train, where their passionate encounter results in both a pregnancy and the start of a love affair. Once their child, Antia, is born, Julieta tries to juggle her job, motherhood and Xoan, attempting to create an idyll for their child. However, a terrible accident changes everything and eventually leads to a separation.

Although not one of Almodovar’s best, Julieta is still a good watch, setting up enough mystery to keep you pulled in as you wonder what happened and where it will lead. The movie contains a lot of Almodovar staples, such as strong central female characters, a sense of melodrama, hints of mystery and film noir, and stylistic flair.

However, what sets the director’s best work apart is the brilliance of the way he can write female characters, who slowly reveal more layers through the movie until you feel you known them in all their messy imperfection. Although he brings some layers to Julieta, both she and the plot are less complex than in many of Almodovar’s other movies, and as a result you’re not quite as fully pulled into their world as you might otherwise be. That said, he helps draw tremendous performances from Emma Suárez and Adriana Ugarte as the older and younger Julieta, with Ugarte in particular luminous as a young woman whose life takes her in unexpected directions and eventually leaves her with great sorrow.

Julieta is a good movie, but was perhaps less warmly received internationally than some of Almodovar’s other work because it never quite reaches the transcendence of some of his other work. As a result, many reviews seemed to have expected or hoped for more. However, on the film’s own terms it’s well-paced, visually meticulous and very intriguing. It is though a film where Spanish audiences will probably get more from it than others, as running through it is a social element of a country in flux, as it moved from Franco’s dictatorship to democracy in the 1970s and early 1980s, and then comparing that to the world of today. However, without knowing more about Spanish history, some of it is likely to go over the heads of most non-Spanish viewers.

I have to say though, I too was hoping for a little more. This is Almodovar as a good director, but not the truly great one he’s been with the likes of All About My Mother and Talk To Her.

Overall Verdict: There’s certainly intrigue in this mix of melodrama, familial angst and film noir, but while it holds the viewer’s attention and is beautifully acted, it never soars like some of Almodovar’s other movies.