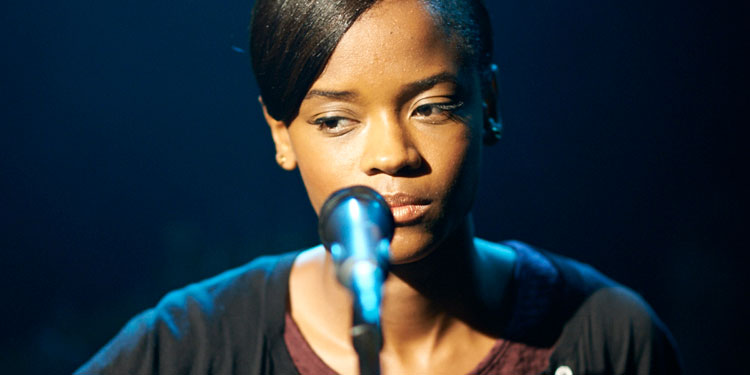 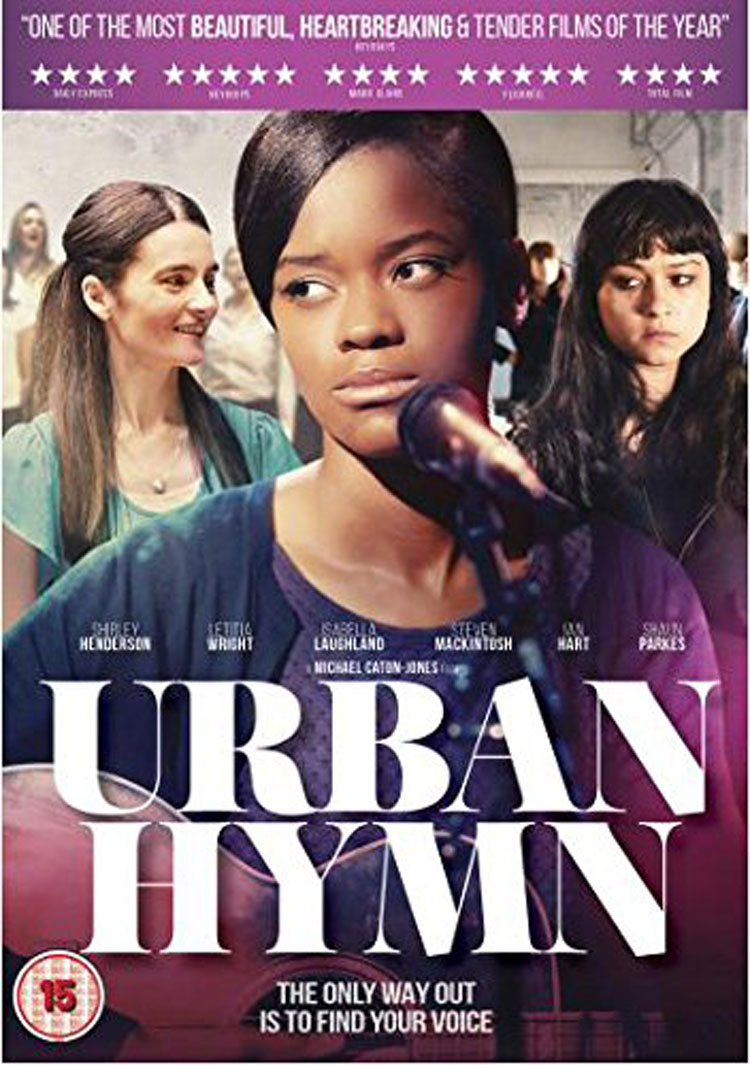 Jamie (Letitia Wright) is a young woman who’s been brought up in children’s homes and is used to being treated as a problem to be ‘handled’. Together with her tough best friend Leanne (Isabella Laughland) she’s not averse to getting into a bit of trouble, including getting involved in the 2011 London riots.

When new children’s home worker Kate (Shirley Henderson) shows an interest in her music, Jamie assumes this is just another do-gooder with no clue how to actually help. However, after Kate invites Jamie to audition for the choir she’s a part of, Jamie starts to wonder whether there really is a new opportunity here and someone who really wants to help and support her. However, it’s not going to be an easy road, especially as Leanne is determined not to accept any help, and with her need to violently retaliating to maintain status and to demand people meet her on her dangerous terms, she could prevent Jamie from making the most of the opportunities her music could offer.

British director Michael Caton-Jones has spent most of his career in America, but returns to the UK for a movie that attempts to blend a bit of social realism with an inspirational underdog story. It never quite finds the balance, but there’s enough that works to ensure it never feels completely fails.

Urban Hymn does have problems though, not least that its desire to take the issues of vulnerable young people and the care system seriously, often butts up awkwardly with its more mainstream sensibilities. The result is that it often simultaneously seems to be suggesting there are easy answers, while also saying there are no easy answers. Because of that lack of balance, you could read the whole thing as suggesting that with troubled young people, we should find the few with talent and help them, and then just give up on the rest. That’s not what it’s actually trying to say – and with Leanne there is some interesting nuance – but you could take it that way. In reality its aghast at the situation of discarded youth, but what it wants to say and what the plot actually suggests doesn’t always match.

For most of the running time, the movie’s two sides are slightly awkward bedfellows but manage to rub alongside each other enough to make it entertaining and at times thought-provoking. However, things get a bit more awkward at the end when it amps up the melodrama, which some will enjoy and find emotionally powerful, while others – particularly those more invested in the social realist elements – will feel it’s gone too far and become emotionally manipulative.

I think the truth is that the ending it a bit of both – it is manipulative and takes things too far, but it also quite powerful and wants to show that there hope but also danger. The whole thing would have blown up a lot earlier if it weren’t for a sweet, centred performance from Letitia Wright as Jamie – who has a wonderful vulnerability on screen – as well as Shirley Henderson as a woman grieving for the loss of her son, who sees untapped potential in the young woman she’s now looking after.

It’s mixed bad nature makes Urban Hymn a difficult movie to review, as some will really like – especially the choir sequences which punctuate the movie and are extremely effective – but others will feel the whole thing is fake and hollow.

Overall Verdict: A valiant attempt to make a film with enough mainstream style to appeal to a wide audience, but taking on some serious, complicated issues. However, despite some interesting ideas and some extremely good sections, it never quite works out how to pull it together.