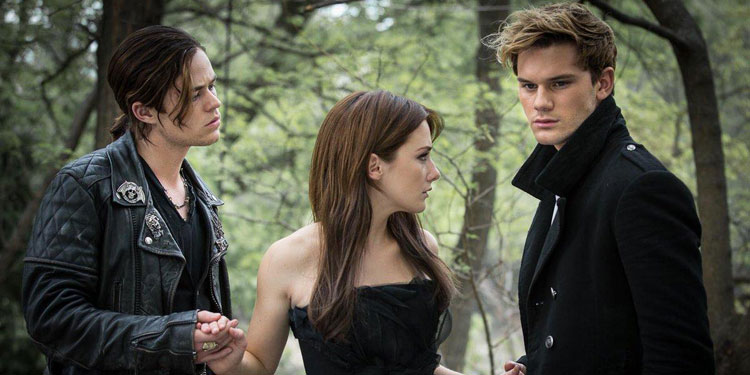 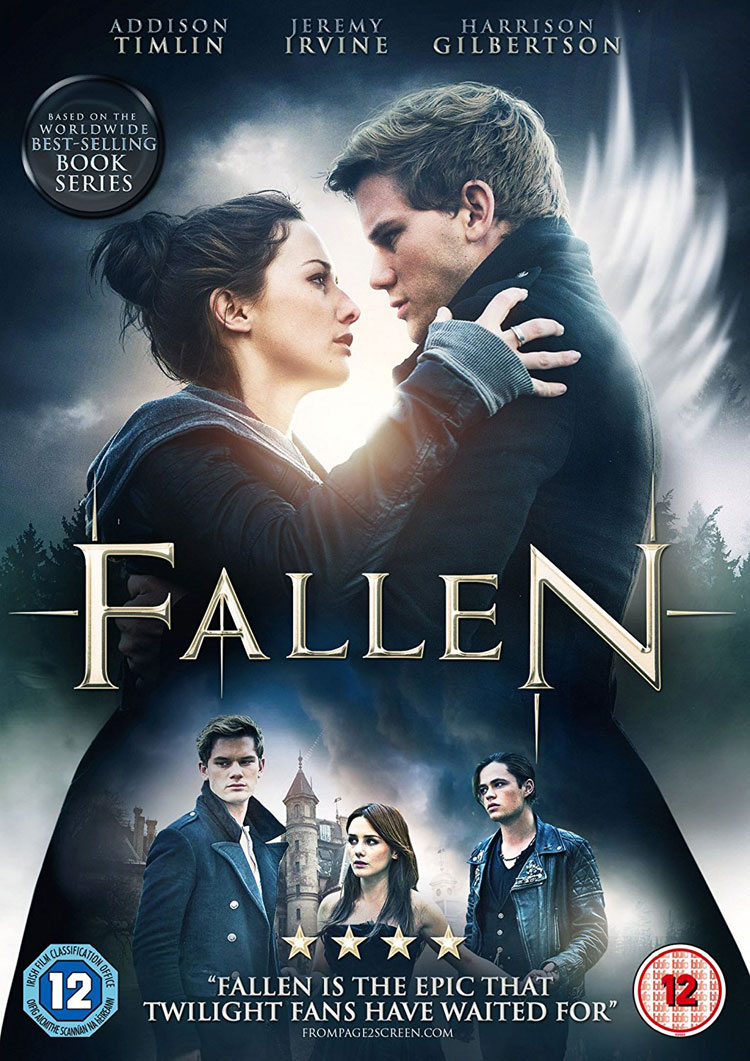 Addison Timlin is Luce, a teenage girl sent to a school for disturbed kids after she was seemingly involved in the death of a boy. She also says she’s been seeing strange shadows for years, which ensures plenty of people think he’s nuts.

Things at the school aren’t all they appear, with the teacher talking about the war between angels, where those loyal to God stayed in Heaven, others were sent to Hell with Lucifer, and still more ended up on Earth. They are apparently trapped with us mortals until a rebel angel who believes in love decides which side of the battle he is on. As you may have guessed, this isn’t just of academic interest, as some of the other students may well be involved in this war, including Daniel (Irvine), who has a connection with Luce that stretches back over thousands of years.

There’s no doubt that this is an attempt to tap into the world of teen supernatural romance that made Twilight such a hit. However, those who slagged that movie off should watch Fallen so they can see that it could have been worse.

Not much about the movie works, to the point where it feels like they’ve spent so long trying to sort out its innumerable problems in the editing room, that they’ve lost sight of at least providing real coherence. The movie jumps about, spends a long time with clumsy exposition and not enough time building the romance that is supposedly the core of the film. It’s not helped by a script that includes plenty of awkward dialogue that the actors have little chance of making sound natural.

Then, when it comes time for the big reveal, some special effects and action, it’s remarkably underwhelming, largely because it feels like the effects budget appears to have been about £2.50. The result of all this that it’s difficult to care about any of the characters, or really figure out why half of them are doing what they’re doing.

What’s a real shame is that underneath all the mess, you can see the possibilities for a good movie. With better handling of the mythology and a stronger script, it could have been a lot of fun. Instead we’ve got a film that’s pretty much a misfire, despite the dedication of a cast who do their best but had little hope of teasing out what this might have been.

Overall Verdict: The ideas behind the movie show promise, but the film itself is a supernatural teen romance mess.