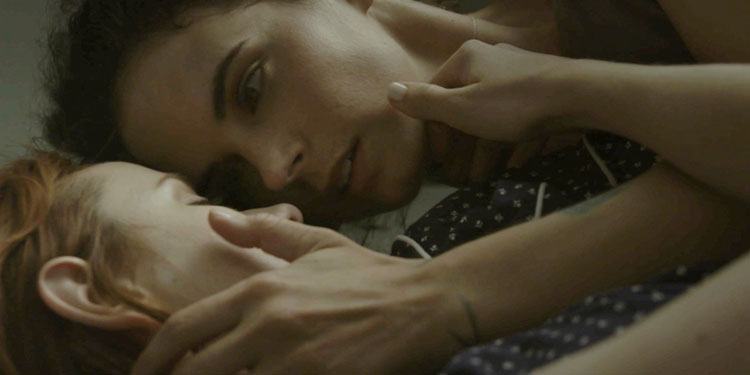 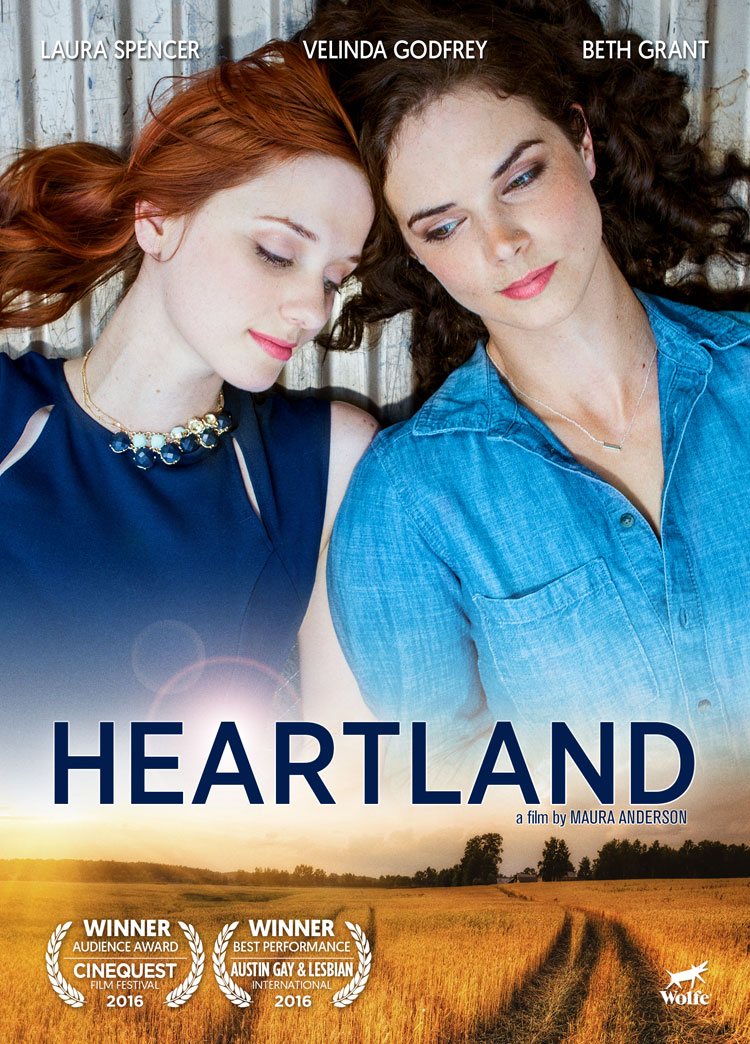 Lauren (co-writer Velinda Godfrey) has just buried her long-term girlfriend after nursing her during a long illness. She’s a bit of a mess and so heads home to see her family in Oklahoma. That includes her mother, Crystal (gay film stalwart Beth Grant), who’s never quite embraced her daughter’s sexuality. There’s also her brother, Justin (Aaron Leddick), who’s trying to properly get his wine business going. That means he only has a little time for his girlfriend, Carrie (Bones and Big Bang Theory’s Laura Spencer), a woman who’s long been involved in wine– hailing from Napa Valley in California – whether she wants to or not.

With Justin away on a business trip, the two women begin to bond, which leads to them getting far closer than either expected. Their liaison soon starts to rip open the problems they’ve all been hiding from.

Although Heartland does share some similarities with the ‘an affair is the key to happiness’ subgenre of gay films, it’s smart enough to know things are more complex than that. It also realises virtual sister-in-laws sleeping together would take a fairly strong driving factor, so it spends time delving into what is broken in these women’s lives. As a result, when a drunken kiss eventually leads on to something more, you know that it is not really each other they’re looking for.

There is charm to Heartland, which tries to make the most of its Middle-American setting, and the clash of things such a lesbianism and modern business coming into a world that seems trapped in the past. Indeed, for Lauren’s mother Crystal the clock has almost stopped at the moment her husband died 15 years before. She makes do with a life of needlepoint, church and pyramid schemes, and certainly isn’t willing or perhaps even fully capable of understanding how broken her daughter is over the death of her ‘friend’.

Carrie is also lost, with a boyfriend who’s never there and who has a tendency to make decisions for the both of them without bothering to hear what she has to say. He’s not the first man who’s driven her in a particular direction either, as her dad also helped ensure that while she had dreams of being a journalist, she studied things that would help her take over the wine business. Thankfully though, Justin isn’t made out to be a monster – he’s just so driven that he’s blind to what he’s doing and the effect it’s having. Nor does he stop to look at the emotional needs of the women in his life.

Occasionally Heartland gets a little too enthralled with its Oklahoman setting, to the point where it verges of trying to sell a fantasy of rural life there, but mostly it does a good job of showing a small, quaint world that struggles with anything different. Likewise, the acting sometimes goes a little off kilter, resulting in a few hammy scenes (particularly early on), and both the script and the actors momentarily dip further into melodrama than perhaps they or the film ought to. Around this though, Laura Spencer and Beth Grant do great jobs in what are quite tough roles, as both of their characters could have come across as rather unpleasant in other hands.

Velinda Godfrey and Aaron Leddick also have a tough job as brother and sister, especially as it’s their relationship that becomes increasingly central as the movie goes on (even if at time it feels like the film isn’t sure exactly why). While the movie sometimes tries to pull a little more from Godfrey’s character than she gives, and Leddick doesn’t quite deliver the complexity Justin needed, neither are bad and both ensure there is empathy for their characters.

The result is a movie that’s charming, watchable and has a few interesting ideas, but it’s not quite as engrossing or emotionally arresting as perhaps the makers had hoped. The flaw may be that it never quite settles on its reason to exist, which also means the openness of its ending is a little bit frustrating.

Overall Verdict: Nice to look at and easy to watch, Heartland is better than a lot of gay films, but it doesn’t fully overcome some of its flaws.