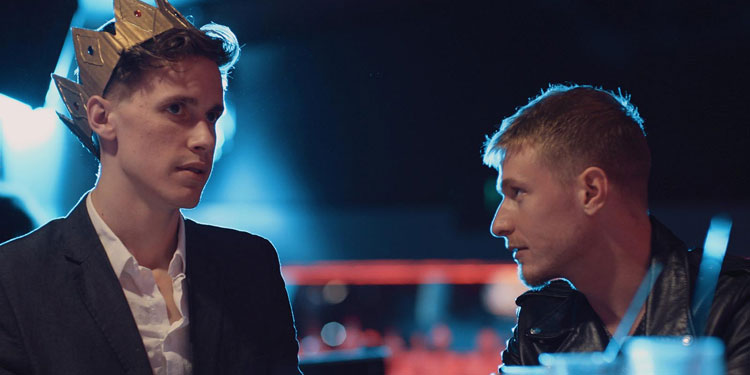 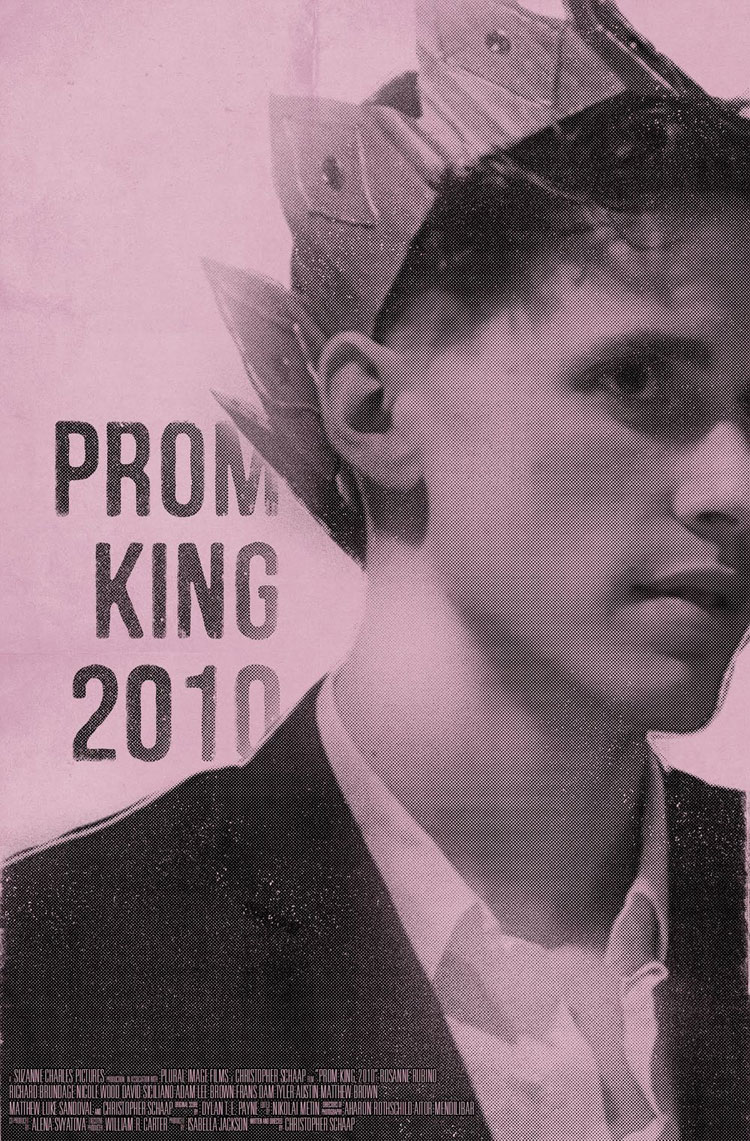 In the world of work, many people feel like they’re a fraud and that they are in constant danger of everyone realising that they don’t know what they’re doing and that they shouldn’t be in the position they’re in. It’s called ‘Impostor Syndrome’. There are times with Charlie where it feels like he’s suffering from ‘Impostor Syndrome’ for life in general, where everyone else seems to know what’s going on, how things work and what they want, except for him. Hollywood love appears to offer an appealing set of rules, but as he begins to realise, they are difficult rules to live by when you’re dealing with messy, complex humans who aren’t following the neat character arcs you want them to.

Add in a hint of internalised homophobia and you have an intriguing character, played with deadpan humour and wide-eyed innocence by first-time writer/director Christopher Schaap. It ensures that even when Charlie seems to be his own worst enemy or naïve to the point of being obtuse, you’re still on his side, whether it’s expecting love. He is someone still working out who he is, and what it is to be a modern gay man (some of the funniest moments are when he vocalises how he’s filled with violence and testosterone, because he knows that’s how men are ‘supposed’ to react).

You do need to be on his side though, because the film is very episodic. You could have almost split it up into chunks and released it as a web series. The episodic nature is partly because the film is keen that as Charlie works out his place in the world, he comes across every ‘type’ of gay imaginable – twinks, bears, silver daddies, age-gap relationships and plenty more. That could easily have felt contrived or as if it was lazily stereotyping, but as with the world being more than just Hollywood love stories, the film shows that people are more than just a simple, easy label.

One thing that does highlight how episodic it can be (and the web series-esque edge to it), is that Charlie doesn’t develop much as a character. While we learn more about him, he tends to stay still while the world moves around him. In some respects it makes sense purely because he doesn’t seem to know where he belongs in the world, but equally there are times when a greater sense of forward momentum would have helped, particularly so that each relationship and interaction didn’t feel quite as much like an end in itself.

Thankfully, this becomes less of a problem as the movie goes on, helped by some excellent sequences. For example, there’s a great scene where Charlie meets a man on a park bench, and the whole thing comes across as cheesy and as if the film has given up on even trying to resemble reality – until you realise exactly why that is. There’s also a short section where an entire relationship is shown from beginning to end in just a couple of minutes, mimicking the confusion many have felt when a lover has gone from ‘Will you be my boyfriend?’ to ‘I need some space’ and you have no idea why. As Charlie seems perpetually confused about other people and why they do what they do, it works extremely well.

Even things such as Charlie getting screwed for the first time neatly and wittily pop the filmic bubble, where instead of a crescendo of violins and sweaty, manly eroticism, it’s awkward and painful until he gets into the swing of things.

It won’t be a film for everyone, as it’s more a character study of both a person and modern gay life than a traditional film with a strong, over-arching narrative. As a result some will feel it lacks drive, and I’d imagine there will also be some who find Charlie a little drippy and frustratingly resistant to learning from his mistakes (although to compensate for that Christopher Schaap is very nice to look at and doesn’t always feel the need to be fully clothed).

However, I think there are things about Charlie that most people will relate to – not least Imposter Syndrome. Most of us have had the sensation that you’re the only one who’s not been given the rulebook for certain social situations that seem to come so naturally to everyone else. Although not everyone will have compensated by using Hollywood romance as their playbook, you can certainly understand where Charlie is coming from.

With impressive production values for an extremely low budget film, Prom King, 2010 is great to look at. It all suggests Schaap is a filmmaker to look out for.

Overall Verdict: A charming, often witty look at the confusion of young love, especially if you want the crashing cymbals and overwhelming emotion of Hollywood romance.