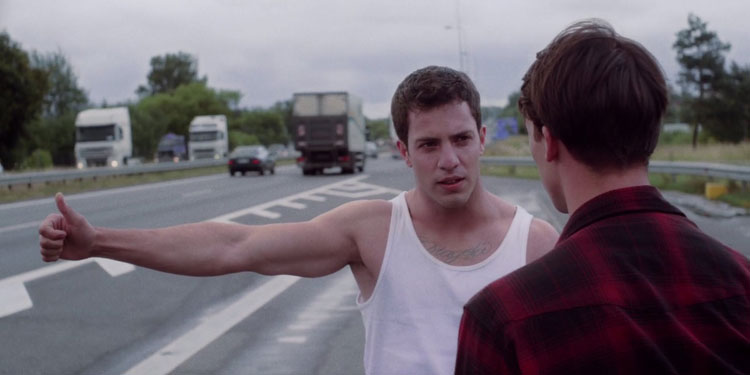 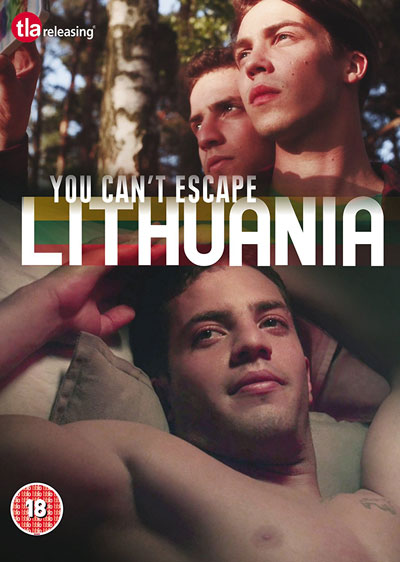 The movie immediately gets rather self-referential when a radio host talks about the naked picture stunt during the film’s opening. However, it’s not a documentary, as while it’s about a character called Romas Zabarauskas, he’s played by an actor, Denisas Kolomyckis. Nor is he playing the real Romas, as the character is a mixture of the real and the made up, where we’re deliberately not meant to know where the truth ends and fiction begins. END_OF_DOCUMENT_TOKEN_TO_BE_REPLACED

A few weeks ago we reported the news that 24-year-old Lithuanian filmmaker Romas Zabarauskas was hoping a novel method of rewarding people for backing his film would get his movie crowd-funded – naked selfies for anyone donating more than $50 to his film.

However while the Kickstarter for You Can’t Escape Lithuania has reached almost $15,000 (at the time of writing), it’s only got a couple of day to reach the $20,000 it needs to get funded. To help get it over the top, the lead star of the film, another openly gay Lithuanian artist, Denisas Kolomyckis, has decided to share his own naked pictures with the world.

Denisas comments, “I support Romas Zabarauskas’ movie in all-senses. If my naked butt can help the film to reach its goal, I’m ready to do it! This “going naked” (for the sake of art) campaign is a call to action for all those who believe that Eastern Europe needs to change and that LGBTQ rights should be respected everywhere.”

In You Can’t Escape Lithuania, Denisas Kolomyckis will be playing no one else but a fictional version of Romas Zabarauskas himself. The egocentric story goes like this: Romas is helping a good friend, an actress Indre (actress Irina Lavrinovic) to escape Lithuania after she murders her mother and steals her money. Romas also takes his hot Mexican boyfriend Carlos (actor Adrian Escobar) along for the ride. On the road, Romas gives Indre an ultimatum: if she doesn’t agree to perform in one last experimental film, he will turn her over to the police…

Lithuania is an Eastern European country with 3 million inhabitants. Her rapidly growing economy still struggles to fully acknowledge LGBT rights. Since 2010, a controversial Protection of Minors law, similar to Russia’s anti-gay legislation, has been in force. Both Romas and Denisas are one of the few openly gay artists, actively fighting against homophobia and speaking up for LGBT equality in the region.

If you want to help get the movie made, head over to Kickstarter. It closes on December 3rd, 2014. END_OF_DOCUMENT_TOKEN_TO_BE_REPLACED