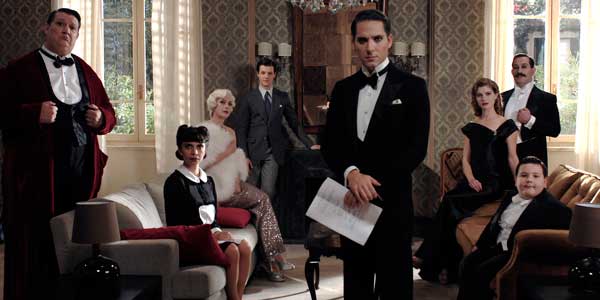 Shortly after moving in he discovers he’s not the only tenant, as the house is full of ghosts dressed in 1940s clothes. Initially Pietro can’t understand what’s going on, but soon comes to realise these are people who were once part of a World War II era theatre group, but who don’t realise they’re dead. He wants them out, as well as for them to stop moving his things around, but eventually he finds a way to live with them. As he finds out more about them it begins to change his life, even though his growing relationship with the spooks has others wondering about his sanity. END_OF_DOCUMENT_TOKEN_TO_BE_REPLACED