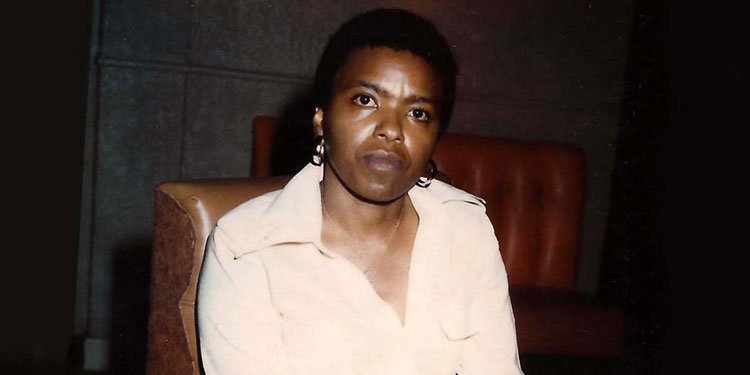 This documentary looks at the club and more particularly the woman who founded it, Jewel Thais-Williams. Hers is a remarkable story. Despite having little money, she bought the bar that later expanded into the club at a time when women in California weren’t even allowed to be bartenders (unless they owned the bar). She wasn’t just a woman in a man’s world, she was a black woman in a white man’s world, and she was also a lesbian. END_OF_DOCUMENT_TOKEN_TO_BE_REPLACED

In the past few weeks Southern US states seem to have been lining up to see who could enact the ugliest anti-LGBT law, under the guise of religious freedom. However, they’ve come up against a lot of opposition, with major companies such as Paypal announcing they were halting their expansion in North Carolina, and Bruce Springsteen and Ringo Starr cancelling concerts there, while Bryan Adams did the same in Mississippi.

Now Sharon Stone has joined the chorus, cancelling her plans to shoot her new short film, The Principle, in Mississippi. The movie was due to film there in June, but will now move elsewhere. As the short is about cyber-bullying, it’s a sensible decision to move it.

Stone, who has long been an LGBTI ally and AIDS activist, commented, ‘I will not work in any state that holds or is actively creating laws to legally support discrimination against American citizens whether due to their race, religion, gender or sexual orientation, nor where those laws are passed or approved by the government of said state.’

The laws that have recently been passed have been framed as ensuring religious freedom, protecting privacy and/or avoiding prejudice, but are really thin-veiled attacks on the LGBT community. They have enshrined in State law that businesses can refuse to allow trans people to use the bathroom that correspond to their gender identity and that it is perfectly legal to refuse service to gay people as long as you claim you have a sincerely held belief/prejudice against them. Many of the laws have also attempted to circumvent any local governments extending protections to LGBT people (although after the backlash, North Carolina’s governor backtracked on that part of his state’s law).

It has been a particularly ugly chapter in the US culture wars, with many believing that more than Republican state governments genuinely feeling the laws are needed, they are merely lining up to show their anti-LGBT credentials in an election year. It also unpleasantly mirrors the things many of the same states did in the 1960s after the Federal government extended more rights to African Americans and other ethnic minorities, where they enacted laws in an attempts to prevents desegregation.

Then Murray decides to expand the ‘business’, by hiring Fioravante as a ‘healer’ to the widowed Avigal (Vanessa Paradis), whose been living a hidden, buttoned down Orthodox Jewish life, kept in check by the overzealous neighbourhood patrol. To his own surprise, Fioravante start to have feelings for her. END_OF_DOCUMENT_TOKEN_TO_BE_REPLACED

If you’ve ever wanted to go into space with Leonardo DiCaprio, it appear you’ve missed your chance. On Thursday night amFAR (American Foundation For AIDS Research) took over Cannes with an incredibly starry Cinema Against Aids gala. It also included an auction, where the monied classes were asked to reach as deep as they can for some rather unique things.

One of those things was a trip into space with Leo! He was on hand to auction it off, with the top bidder shelling out 700,000 euroes for the opportunity to get on one of the first Virgin Galactic commercial space strips with the Hollywood A-lister, which are due to take off next year.

The trip topped other prestigious lots, including a 1967 Andy Warhol painting of Marilyn Monroe which went for 350,000 euros and a 1968 Picasso 380,000 euros. However everything paled in comparison to a gilded mammoth skeleton by Damien Hirst which sold for 11m euros.

At the gala, Stone said on stage, “Today is the day we can say we have a cure for pediatric AIDS. There were many times we came here over the years where we’re failing. Now we are in the beginning of the end of AIDS.”

John Turturro made one of his very first movie appearances in Woody Allen’s Hannah and Her Sisters. 28 years later they’ve swapped roles, with Turturro behind the camera and Woody making a rare acting appearance in a film he didn’t helm. Perhaps most surprisingly, in Fading Gigolo Allen plays a pimp.

The film also stars Sofia Vergara and Sharon Stone and is about two men (Allen and Turturro) who are growing old and need some cash, so they become gigolos. Allen begins to pimp out Turturro, but things go wrong when the folks in the Hasidic Jewish community where they live begin to suspect what’s going on and Turturro falls for a Jewish widow.

Just yesterday we reported that Andie MacDowell and her daughter has joined Susan Sarandon, her daughter, and Christina Ricci in the ensemble drama, Mother’s Day. Now they’ve got company, as Variety reports that Sharon Stone has signed on for the movie as well.

This film is about six mothers who examine the relationships with their daughters over the Mother’s Day weekend. No details are known for Sharon Stone’s character, although presumably she will play one of the moms.

Paul Duddridge is directing from his own original screenplay. It isn’t certain when it will shoot.

Since the end of Harry Potter, the smart money for the young actors who are going to have long, successful careers has been on Daniel Radcliffe and Draco Malfoy himself, Tom Felton. Despite having spent most of his youth playing a villain, Felton has a large fanbase and has already seen some success with Rise Of The Planet Of The Apes, as well as having various other roles lined up in the likes of The Apparition and Therese Raquin.

Now it appears he may be getting seduced by Sharon Stone in Tony Kaye’s upcoming thriller, Attachment. The director himself revealed the news while talking to ComingSoon. Stone will play a married teacher who has a one-night stand with a student, who Kaye says will be played by Felton. Her infidelity comes back to haunt her when the young man starts dating the teacher’s daughter, and stalks the whole family. It certainly doesn’t sound like Tom’s escaping his villainous stereotyping!

American History X helmer Kaye hopes to start shooting Attachment in the next couple of months.

Woody Allen is still churning out a movie a year, and as he writes, direct and often stars in those films, he doesn’t have a huge amount of time for anything else. However, he’s now booked a rare acting roles in a film that he isn’t set to direct, with Variety reporting that he’s agreed to star in John Turturro’s Fading Gigolo.

Of course Turturro has starred in several Allen movies, but it’s nevertheless a bit of a coup to get Woody to return the favour. The film will also star Sofia Vergara and Sharon Stone and is about two men who are growing old and need some cash, so they become gigolos to make some cash. Allen begins to pimp out Turturro, but things go wrong when the folks in the Hasidic Jewish community where they live begin to suspect what’s going on and Turturro falls for a Jewish widow.

It’s Woody’s first acting gig since 2006’s Scoop, and the first movie he’s starred in that he hasn’t directed since 2000’s Picking Up The Pieces.