Over the past few years, director Jeffrey Schwarz has done a great job of looking at gay history and life through the prism of key individuals. He’s looked at activist and film historian Vito Russo (in Vito), and two very different film stars in I Am Divine and Tab Hunter: Confidential.

Now he’s back looking at a man who helped bring Grease, and the Village People’s Can’t Stop The Music to the big screen as a producer, as well as shepherding La Cage Aux Folles onto the Broadway stage – Allan Carr. He also managed major stars such as Ann-Margaret, Peter Sellers and Joan Rivers, as well as helping the like of Mark Hamill and Michelle Pfeiffer to find success.

Carr was known for his larger-than-life personality, legendary parties, and his love for sex and decadence.

Schwarz tells Equality 365, “With this film, I also wanted to explore the gay experience in Hollywood in the 1970’s and 80’s – the new freedoms that could be enjoyed, and what the limitations were. It was an opportunity to tell a social history from the era when homosexuality was never discussed and gays sought solace in the movies through the hedonistic 1970’s, embracing the sensual and then the 1980’s when AIDS came along and ruined the party.

“Although it was no secret that Allan Carr was a gay, he never formally acknowledged it publicly. The word “flamboyant” was often used to describe him, a code word.  Using humor and outrageousness to gain entry into a conservative industry, Allan Carr furthered the acceptance of gay identity just by being himself, and his sensibility found its way into his product.”

The first trailer for the movie has now been released, via NewNowNext, which you can take a look at below. The film recently premiered at the Seattle International Film Festival and will screen at the Frameline Film Festival in San Francisco in June. END_OF_DOCUMENT_TOKEN_TO_BE_REPLACED

Some younger people may have never heard of Tab Hunter, but if you say the name to any straight woman or gay man who was young in the 1950s, you can often see their eyes glaze as they remember the teen heartthrob who was the biggest dreamboat crush of an entire generation. However, while he was setting millions of teenage hearts aflutter in the likes of Damn Yankees and Battle Cry, he was also hiding the fact that he was gay (with the help of the studio system).

Hunter only officially came out when he wrote his autobiography in 2006, on which this documentary is based. The film includes extensive interviews with Hunter, who still seems somewhat reticent to talk about his sexuality – an entire lifetime of not talking publicly about that side of his life hasn’t disappeared now he’s ‘outed’ himself – but even so he does open up about his career, his relationships with the likes of Psycho star Anthony Perkins, and the studio-mandated dates he went on with a string of young starlets. END_OF_DOCUMENT_TOKEN_TO_BE_REPLACED

I Am Divine, the wonderful documentary look at the drag queen who became John Waters’ muse, is out on DVD now. It’s a great look at a fascinating person who died too young, celebrating someone who pushed the envelope of both sexuality and life in general.

We talked to the film’s director, Jeffrey Schwarz, about the film.

Why is it so important to tell Divine’s story?
At this time where the LGBT community is quickly becoming absorbed into mainstream society, I think it’s important to celebrate outsider artists like Divine. It’s always the rebels and the freaks that make life easier for the rest of us. Divine succeeded in becoming an internationally recognized recording artist and screen icon and gives courage to anyone who’s ever been mocked, ridiculed, or ostracized. His story gives us hope that anything’s possible. It’s kind of the ultimate “it gets better” story and he’s a poster child for misfit youth. I wanted the next generation to get to know their Queen Mother and find inspiration to fulfill their own creative destiny in his story. END_OF_DOCUMENT_TOKEN_TO_BE_REPLACED

CHECK OUT THESE RELATED ARCHIVES:
DIRECTORS: Jeffrey Schwarz  FILMS: I Am Divine

“Divine was the burlesque of John”

After premièring in the US at South by Southwest in 2013, I Am Divine finally hits the UK shores. It tells the story of how drag artiste Divine, aka Harris Glen Milstead, became John Waters’ cinematic muse and an international drag icon.

I Am Divine is a definitive biographical portrait of Divine, best known as the drag queen that ate dog poo in Pink Flamingo’s. The documentary honours Divine in just the way he always craved — as a serious artist and immortal star. Unfortunately, he died days before shooting began for Married with Children, where Divine was finally due to be taken seriously as an actor. END_OF_DOCUMENT_TOKEN_TO_BE_REPLACED

Having opened the London Lesbian & Gay Film Festival, Jeffrey Schwarz’s I Am Divine is heading towards DVD in the US, which gives us a chance to take a peak at the trailer.

Here’s the synopsis: ‘I Am Divine is the story of Divine, aka Harris Glenn Milstead, from his humble beginnings as an overweight, teased Baltimore youth to internationally recognized drag superstar through his collaboration with filmmaker John Waters. Spitting in the face of the status quos of body image, gender identity, sexuality, and preconceived notions of beauty, Divine was the ultimate outsider turned underground royalty. With a completely committed in-your-face style, he blurred the line between performer and personality, and revolutionized pop culture. I Am Divine is a definitive biographical portrait that charts the legendary icon’s emotional complexities and rise to infamy.’

It’s gotten great notices at festivals, so take a look at the trailer above. END_OF_DOCUMENT_TOKEN_TO_BE_REPLACED

CHECK OUT THESE RELATED ARCHIVES:
DIRECTORS: Jeffrey Schwarz  FILMS: I Am Divine 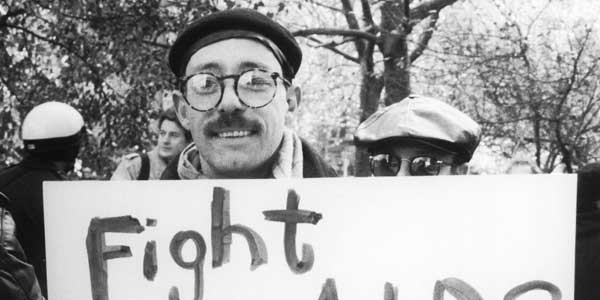 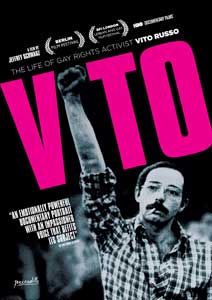 I often turn into an old man when it comes to most people’s knowledge of gay history, or rather their lack thereof. For many people there was Oscar Wilde, Stonewall and then somebody decided equal marriage would be nice, and that’s about it. You can kind of understand the ignorance, as LGBT history is so resolutely ignored in schools that you’d be forgiven for thinking there isn’t one, so anything that comes along to remind us it was a long, complex path to get us where we are is very welcome. END_OF_DOCUMENT_TOKEN_TO_BE_REPLACED