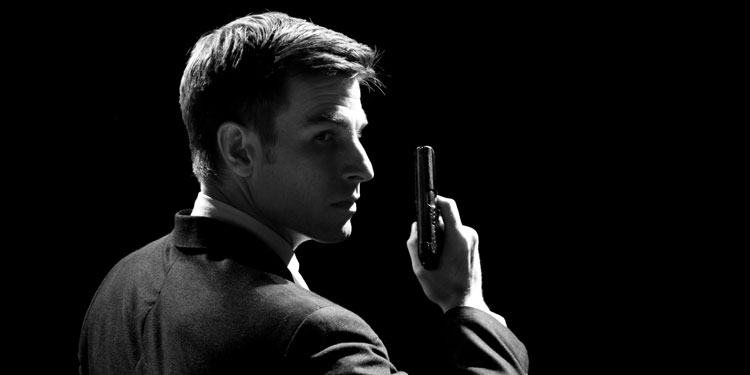 If that synopsis wasn’t enough the trailer will definitely give you a taste of what’s to come: A joyful peek into a world of gay secret agents, bad guys trying to take over the world and more puns than you could shake your weapon at. END_OF_DOCUMENT_TOKEN_TO_BE_REPLACED

In a few weeks’ time the gay-themed British spy film Jayson Bend: Queen and Country has the honour of being the opening movie at the Iris Prize Festival in Cardiff, Wales. We sat down with the film’s creator, Matt Carter, for a quick chat about his cinematic love letter to everyone’s favourite super-spy.

Where did the idea for Jayson Bend come from?
It just started off as a bit of fun, really. I was in the pub with a few friends who’re filmmakers and we were chatting about what it would be like if James Bond were gay. We came up with the title sequence and the innuendo names, and thought it would be fun to just make a very short project; a 10-minute film. Andrew wrote the short script, and we started thinking about making it. The more we looked at it, we realised that if we really wanted to make a proper spoof, and really make it like James Bond but gay and with a bit more comedy, we’d need to make it longer. So the script crept up in length and ended up being the 48-minute film that it is now. END_OF_DOCUMENT_TOKEN_TO_BE_REPLACED