However those behind ‘Trouser Bar’ went ahead anyway, which resulted in many wondering whether it would ever be able to be legally screened. After all, if Gielgud’s estate had said ‘no’ to making the film, surely it wouldn’t be possible to release the short? However, now the first screenings have been announced as part of Peccadillo Picture’s POUTfest LGBT film tour around the UK, and it should also appear on the DVD release of Boy On Film 15 – Time And Ties: Gay British Short Film Collection. The first screening is planned for July.

However, when it is screened Trouser Bar not be officially connected to Gielgud. Producer David McGillivray has told us, “Originally thought to be written by a celebrated theatrical knight, the film is now being released with its screenplay unattributed”.

He adds, “The John Gielgud Charitable Trust denies Sir John’s authorship of ‘Trouser Bar’ and therefore so must I.”

It’s certainly an interesting situation as the John Gielgud Charitable Trust can only really object to the screenings by accepting it is the late actor’s work, and therefore that his only known produced screenplay is for a gay ‘porn’ short. There may still be some blowback, as previously the Estate has suggested they may think it is Gielgud’s work, telling the Daily Mail last November that, “Earlier this year, the trustees decided not give their permission for it to be produced because they didn’t think it was appropriate. They didn’t have to go into detail because they own the copyright.” However, unless the Charitable Trust does decide to officially claim it as the actor’s work, it is likely the screenings and DVD release can go ahead, but without an attribution or official link to Gielgud.

However, who was Peter De Rome? A documentary, made shortly before the filmmaker died in June 2014, sets out to find out about him and about where his films came from.

Here’s the synopsis: ‘Peter’s story spans eight decades of the “gay experience” both in the USA and UK with first-hand experiences from World War II to Stonewall and beyond. The film PETER DE ROME charts his remarkable journey from cinematic outlaw to celebrated film icon with contributions from collaborators and some of those he has influenced. The film uses extensive extracts from Peter’s varied and often explicit work, from his early 8mm experiments in the 1960s to his extraordinary feature films to create a portrait of a true original.’

The documentary will be available on DVD in the UK on March 14th.

END_OF_DOCUMENT_TOKEN_TO_BE_REPLACED

“It’s called Trouser Bar. John Gielgud was obsessed with trousers, loved corduroy and leather. And so he wrote a film set in a menswear shop.”

There are issues though, as McGillivray says, “The John Gielgud estate is furious. They won’t let us do it, but they don’t have a leg to stand on. So they’re going to be very upset about this, but we’ve got the BFI behind us.” (However it should be noted that the BFI says they’re not involved in the movie).

Gielgud never actually came out, but by the end of his life it was commonly known that he was gay. He had actually been prosecuted for ‘lewd acts’ in 1953 after being caught cruising in a Chelsea public toilet. However rather than ruining his career, the incident was hidden away and few people knew about it while the actor’s career continued to flourish over the following decades. 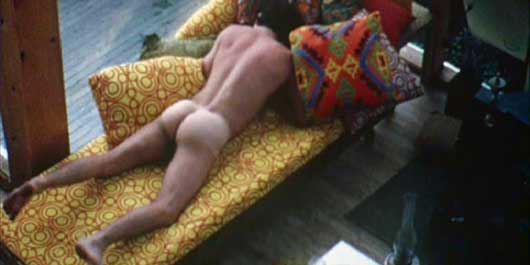 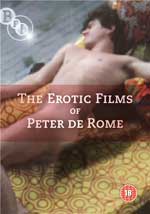 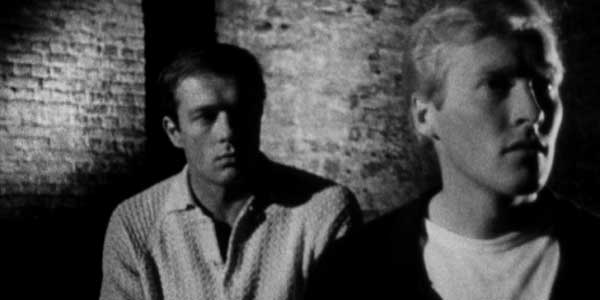 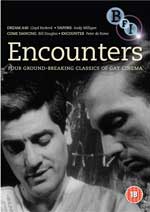 Before the 1980s, depictions of gay life onscreen were rare things, so that anything from the 70s or before is unusual, intriguing and worth seeking out. With Encounters, the BFI has drawn together four short films on gay subjects made between 1965 and 1971, giving us a rare look at homosexuality during that time (and not as it was remembered afterwards, which is our usual view of gay history). Making any sort of film on a gay subject back then was a bit of an achievement and a fairly subversive act, so while there’s not a vast amount of pre-80s gay films, we’re privileged to have what we’ve got. END_OF_DOCUMENT_TOKEN_TO_BE_REPLACED