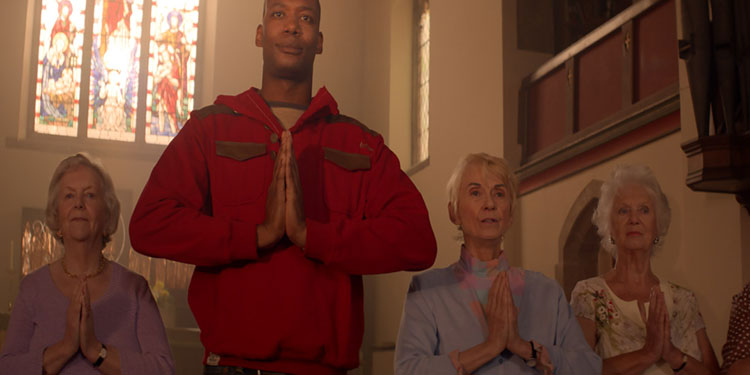 Curtains
Dir. Nathan Evans
Curtains is the warts-and-all story of an unlikely love triangle between two gay men and a lesbian. Very touching and authentic, this is a really well-portrayed short story that raises questions about the nature of fidelity, sex and relationships. While there are no weak links in the cast, Dave Kelley gives an outstanding performance in the central role. END_OF_DOCUMENT_TOKEN_TO_BE_REPLACED

Last October Aussie director Tim Marshall won the Iris Prize gay short film festival for his film, Gorilla. However that wasn’t he first short that touched on gay issues. At Iris 2012 his film Battlefield was in competition, and now it’s been released online and you can watch it below (potentially NSFW).

In the film: ‘Two young gay men embark on a one night stand. Both with very different understandings of the situation, they struggle to realise the true connection they long for. ‘Battlefield’ is a raw and honest exploration of the way we look for love in our modern world, and how we often wish, and sometimes convince ourselves, we’ve found it.’

It’s a well made and interesting short which screened at various festivals around the world. It focuses on how we try to make things true just because we want them to be, and how doing that can highlight how far apart we can be – even at our most intimate moments.

The prize at Iris is funding and support to make another film, so it will be interesting to see what Marshall does with that. END_OF_DOCUMENT_TOKEN_TO_BE_REPLACED 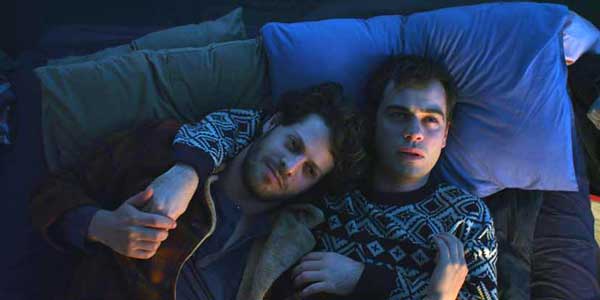 On a weekend away, a newly-formed couple are forced to face the unknown in their lives when a mysterious woman arrives at their secluded campsite.

Tim Marshall’s Gorilla will leave you saying ‘Whaa….?’ and trying to resist the urge to watch it again, just in case you missed something the first time round. It’s offbeat, silly and completely weird in a way that will either charm you to your core or leave you a little cold and confused.  A nice effort, perhaps a surprising choice for Best Short Film 2013 considering the strength of some of the talent on show this year, but either way, it’s well made; the “gorilla” choreography is nicely done; and the tension between the three actors is so genuine you can almost taste it.
https://www.facebook.com/gorillashortfilm