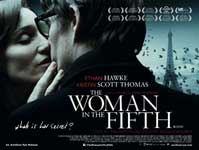 Still in hope of having some contact with his child, Tom manages to find a cheap room in a hovel and to supplement his income with a strange CCTV job that merely involves opening a door for people, without knowing what’s on the other side. He has hopes of finishing his second novel (even though he seems to remember little about the first), and putting his life back on track. END_OF_DOCUMENT_TOKEN_TO_BE_REPLACED