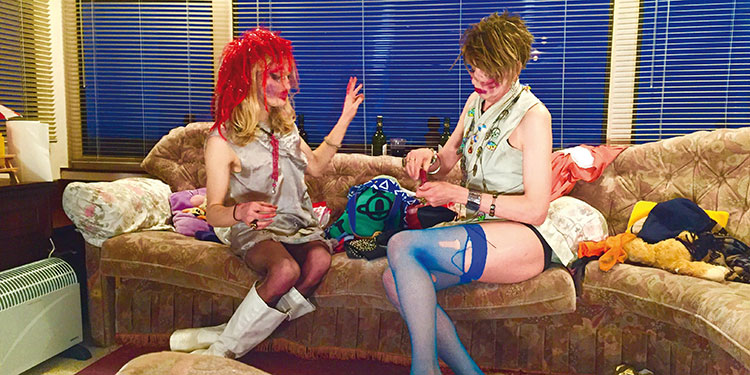 Back in 2010 we got the movie Uncle David, about a middle-aged man – the David (David Hoyle) of the title – going to the Isle Of Sheppey with his younger lover/protégé. Now we have the sequel, which has a similar set-up with David back in his Sheppey caravan with a different young person – the genderqueer Michelle. Again David is pontificating about what he sees as the social ills of the world, although as those who’ve seen the first film will know, he’s got his own secrets and may be more dangerous than he first appears.

Into the mix come the almost feral Max and his sister, who are struggling for survival. The sister takes an interest in David and Michelle, but Max is wary of them. That doesn’t stop him taking an interest in Michelle though. END_OF_DOCUMENT_TOKEN_TO_BE_REPLACED