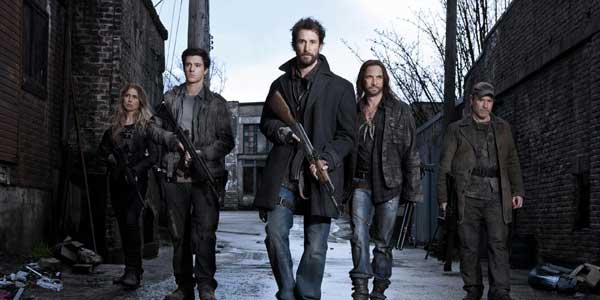 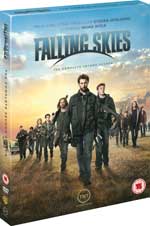 Most of the rest of the human population is either dead or scattered, but remnants have gathered together to try to either survive or fight back. This includes the 32 Mass, a ragtag military outfit plotting against the invaders, which also has a civilian contingent under their protection.

At the end of Season 1, Noah Wyle’s history professor turned soldier, Tom Mason, had been taking into an alien craft. His return in Season 2 inevitably leads to a lot of suspicion about what happened to him while he was away and where his true allegiances lie. In his absence, Tom’s son Hal has had to step up and become a fighter – something Tom isn’t keen on. His middle son Ben meanwhile is still dealing with the fact he was once harnessed by the aliens but has now been freed. However the effects of having the harness removed differ drastically from person to person, and taking it off may not mean all traces of the alien technology have been cancelled out.

As the season goes on we slowly learn more about the aliens, including that the insectoid ones they’ve mainly been fighting – known as skitters – may not be the ones in charge.

While Falling Skies is an entertaining and often action-packed show, there’s also the slight feeling that we’re in a holding pattern waiting for things to happen. It’s odd really as a lot of stuff goes on, but it never quite feels like it’s really going anywhere. Instead it likes to hint at things and keep you hooked in with the promise of what’s to come. However the revelations and major plot developments happen at a pretty slow pace. There’s always enough to keep you watching the next one, even if I can’t help wishing it would get a move on.

There are lots of elements to the show which are both a help and hindrance. The show always has plenty to explore, from the mystery of who the aliens really are to the human population coming to terms with civilisation having been destroyed. Throw in tensions between the military, civilians and other human factions, the harnessed young people and various other things and it certainly has plenty of places it likes to dip into. However there are sometimes perhaps a few too many places, so that rather than moving forward it goes all over the place instead – it’s entertaining while it’s happening, but it’s difficult to escape the feeling that Falling Skies often ends up where it began.

As with many shows in the post-Lost era, it’s difficult to judge a single season on its own, as it all depends on what happens later. If all the hints, plot movements and factions start to coalesce further as it moves forward, and it also feels more like things are progressing in the fight between aliens and humans, both Season 1 and 2 will seem better in retrospect. As they stand, they’re fun and entertaining, and some episodes are absolutely superb, but it all feels like a very long set-up.

Hopefully we are now going somewhere, as by the end of Season 2 it does start to feel like we’re going to places the show can’t simply forget about and revert to its previous status quo. We’ll have to see whether Falling Skies can capitalise on that as Season 3 unfolds on TV. Season 2 sure does a good job of keeping the build-up going, even if it would have been nice if it could have moved a bit faster.

Fans will also enjoy the special features, which make a pretty good accompaniment to the season and include some decent behind-the-scenes featurettes and some informative audio commentaries.

Overall Verdict: As with Season 1, there’s still the sense we’re waiting for things to really get going, but Falling Skies – Season 2 is still an entertaining slice of sci-fi with plenty to like.