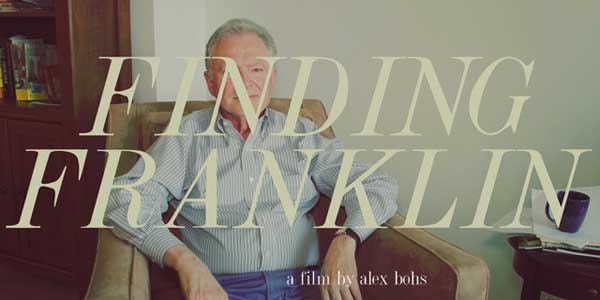 Finding Franklin
Director: Alex Bohs
Upon returning home after the funeral of her grandfather, Violet finds that she has been left with more than just mementos but also a mystery – a man named Franklin.
A love story told in retrospect, Finding Franklin speaks of love, loss and the sides of ourselves that our relatives may never really know.

Charming and emotionally raw, Bohs and his talented cast deal sensitively with issues of love, ageing, and homosexuality in a less permissive time. At once both gentle and powerful, this tender story would move all but the coldest of hearts.
http://www.alexbohs.com/findingfranklin/

The Language Of Love
Director: Laura Scrivano
Charlie’s a mess. His best friend’s not talking to him, he can’t concentrate on his work and he’s running out of time to finish his French exam…

Wow. Just wow. A stunning performance by Kim Ho as Charlie, who explores and expresses sensitive and secret parts of his life with a level of maturity that defies his young age, perfectly directed and shot by Laura Scrivano, this is one of the best shorts you’ll see in quite a while. A brilliantly touching portrayal of teenage angst and sexual awakening.
Rarely when watching a short does the viewer really feel they’ve connected with a character as deeply or intimately as we do with Charlie in this thoughtful and moving short. At times, it was almost as if he were talking directly to me.

Social Butterfly
Director: Lauren Wolkstein
A 30-year-old American woman arrives at a teenage party in the South of France. Some of the guests wonder who she is and what she’s doing there.

A dark and cynical tale of growing up, there’s an air of mystery to Social Butterfly that’s all the better for being left unaddressed, which counterpoints nicely with the moments of tenderness and intimacy between the two main characters. Beautifully shot, the script is a little weak, which may owe something to the switching between French and English, and while the audience is never really sure what’s going on, we grudgingly acknowledge that knowing all the answers would detract a little from the atmosphere of the piece.

In this compelling documentary, Josh Kim gives us an oddly-gripping glimpse into the worlds of two transgender women; issues of sexuality and gender are addressed sensitively not only by the filmmaker, but by the Thai military, who are impressively unphased by the multitude of transgender people who show up on the day of the draft. In a sort of reverse-X-Factor way, the viewer may find themselves holding their breaths as the critical moment is reached and we find out along with these two young people whether their lives will change forever.
http://www.addwordproductions.com/draft-day.html

It’s easy to dismiss the thoughts of 20-year-old gay men as being self-indulgent and immature, and while of course there are elements here of that, Blake Pruitt manages to bring out a little something more in his subjects; they’re eloquent, occasionally beyond their years, and they really do have something to say. Beautifully executed, well framed and perfectly shot, Pruitt manages to capture the thoughts, fears, self-contradictions and general emotional messiness of post-teen young men in a way that’s genuine, interesting to watch and surprisingly self-aware. This short might occasionally manage to make even the most hardened and cynical gay viewer pause with reflection, even if just for a moment.