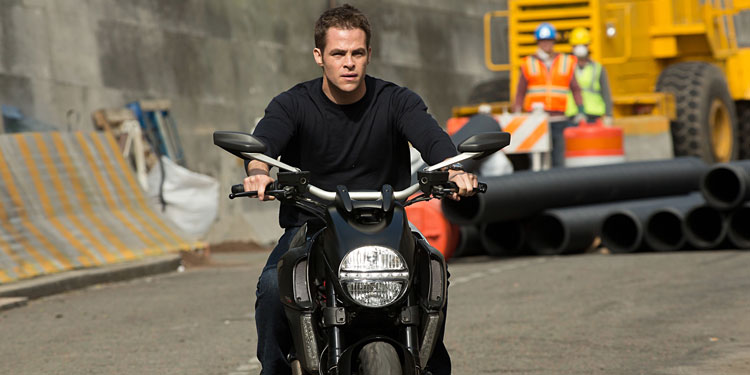 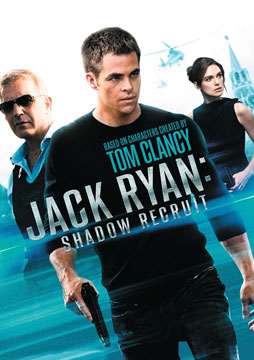 It’s supposed to be a desk job, but he’s still not allowed to tell his girlfriend, Cathy (Keira Knightley), he’s in the CIA until they’re married. Ryan uncovers hidden accounts that suggest some rich Russians plan to destroy the American economy by tanking the dollar and coinciding that with a terrorist attack. His handler, Thomas Harper (Kevin Costner), decides to send Jack to Moscow as he is the only one who understands the complex financial information.

Suddenly he’s in the field, with the cover that he’s in Russia to audit the US-based finances of oligarch Viktor Cherevin (Kenneth Branagh). However Cherevin is a tricky and dangerous customer and it’s soon clear he’d be happy to kill Jack rather than let him derail his evil plans. While Jack’s job was initially just to find out when the attack would take place, it quickly becomes a race against time to stop it. Things get even trickier when Cathy arrives in Russia.

While watching Shadow Recruit I couldn’t help feel there was something slightly askew about it. At first I thought it was that it feels like it was originally designed to be a longer movie, but at some point got cut down to something a lot quicker and slightly rushed. However I then realised that the issue is that they didn’t make a spy thriller, they tried to make a superhero movie.

For example, the first part of the film explaining how Jack was in the Marines and then got recruited by the CIA feels long, pointless and something we never actually needed to see. However the way it’s presented here is as his origin story, before Jack becomes the superhero ‘CIA Guy’. The fact it’s got the script of a comic-book movie is most clear with Branagh’s Cherevin, who is a classic supervillain, complete with a plan and motive that don’t make half as much sense as he seems to think they do (indeed you’d best not think about that part of the film much, as it makes little sense).

It doesn’t help either that the film presents Russia in exactly the same way Hollywood did during the Communist era, just a lot more high-tech. It’s not that Russia is now a paragon of light and goodness, but the almost cartoonish villainy seems rather old-fashioned. Hell, the movie even has Russian ‘agents’ posing as an American family, waiting to be ‘activated’. It’s a shame really, as there is plenty of evidence in real life that certain factions in Russia have indeed been very keen on destabilising the American economy, but here it comes across in such a moustache-twirling fashion that it doesn’t feel vaguely plausible.

Luckily though while the plot is pretty much nonsense, the action scenes are slick and well-handled. Even when things get a little clichéd –which they do quite often – it’s still exciting to watch. It’s also a good role for Chris Pine. He’s had difficulty finding his place outside Star Trek, largely because he so often comes across as an arrogant ass, but he handles Ryan extremely well, giving him a charming vulnerability, as well as an effective sense of being someone who’s completely out of his depth. Kevin Costner is also good as Ryan’s gruff handler, and the film was actually set up so that if it was a hit his character could have had his own spin-off.

However it wasn’t half the success Paramount had been hoping for, grossing an okay but less than blockbuster $135 million around the world. As a result we’re unlikely to be getting ‘CIA Guy 2’. That’s a bit of a shame, as with a little tweaking (not least replacing Keira Knightley with someone who can act) this could be a franchise with legs. What it would need to realise though is that while superhero films are popular, Jack Ryan was never bitten by a radioactive spider and is supposed to live in the real world (well, kind of). Equally, it doesn’t help having a villain who you could as easily believe was trying to destroy America with robot monkeys as through economic collapse.

There are some good aspects through, not least the action, Chris Pine and the central character himself, but it’s not enough to take this beyond merely being a passable action thriller.

Overall Verdict: This is a superhero movie pretending to be a spy thriller, which is a mix that doesn’t work as well as you might think. With a few alterations this could have been really good, but it needed to figure out exactly how Hollywood has moved on since the Cold War a little better.